When I first stumbled across the works of Tatjana Van Vark, back in the ’90s, I was completely blown away. I still am, and I check her site every year or so to see if she’s published anything new.

I’m not sure what to call her; I think of her as a “technology artist.” [vanvark] If this doesn’t impress you, nothing will:

Tatjana is someone who in the period of the renaissance would have been called homo universalis… a person with interests and skills in many areas: artistic, cultural, mechanical and scientific. As an independent researcher, her studies have taken her into many regions of scientific study. She started early, building an oscilloscope from scratch at age 14.

But let’s talk about ENIGMA. She made a fine art ENIGMA machine, that is far nicer than the originals: 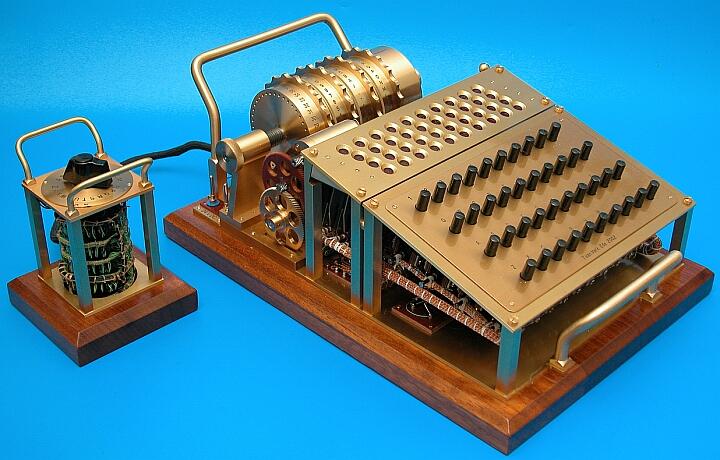 As she says on her page about it [vanvark] it’s not an ENIGMA, but it works the same way. If anyone wants to try their skill at cryptanalysis, she posted a bit of ciphertext of a haiku. 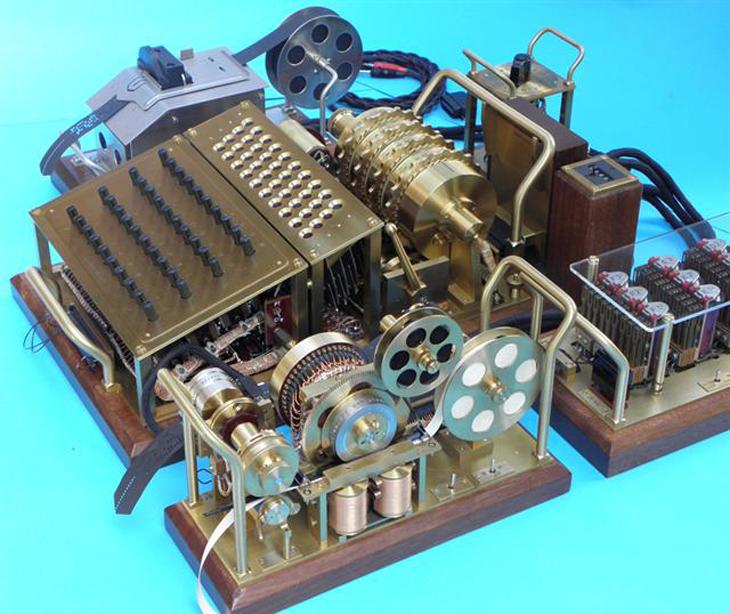 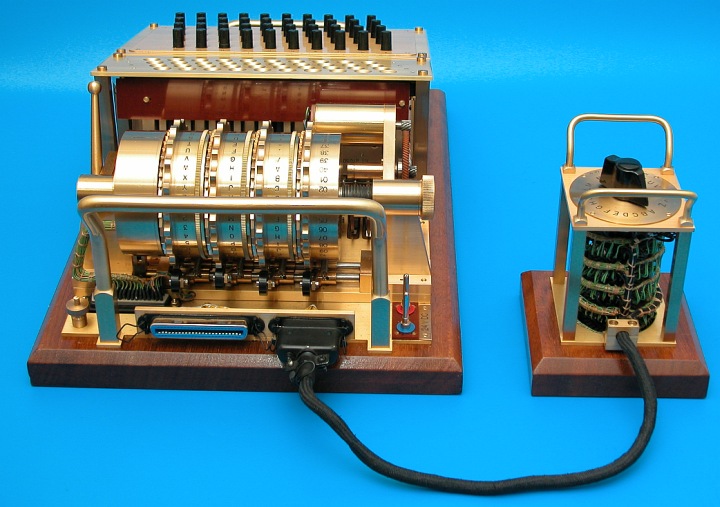 VanVark’s machine hasn’t got a steckerboard (plug-board) but it’s got this other selection-switch. I’d guess it does something similar – but, what? 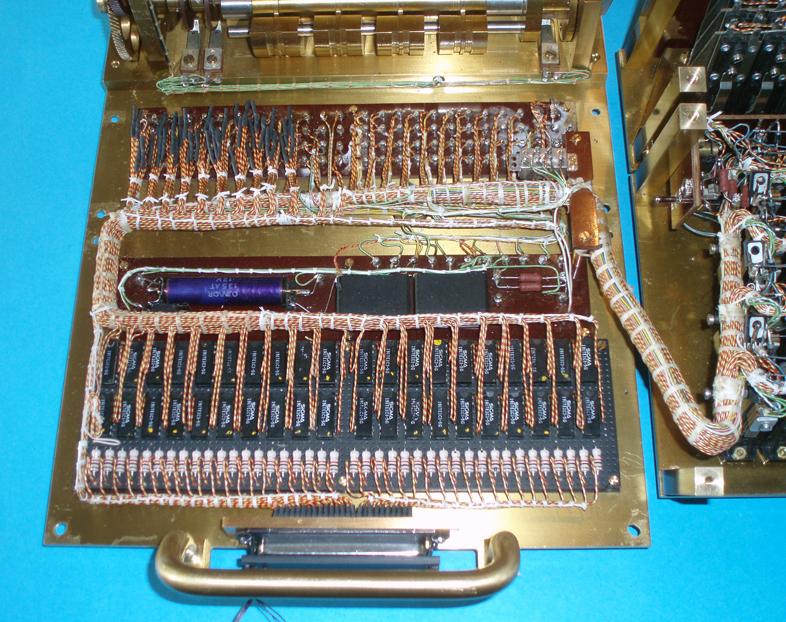 What I love about this is that it’s a full-on 100% art project: there isn’t any aspect of the system that is not beautiful, functional, and uniquely quirky. When I was in high school I built burglar alarm panels for Moore Security, Inc., and I did a fair number of wiring harnesses. I know what I am looking at, and I am humbled. VanVark’s work is gorgeous! It’s “wiring harness as art” 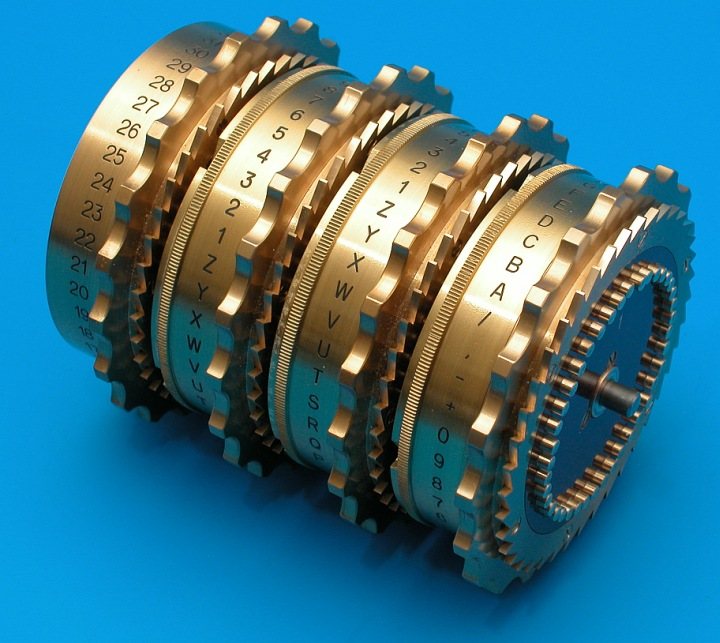 Her machine-work is from the school of “Look on my Works, ye Mighty, and despair!”

In case that doesn’t cement her technical chops, she also did a restore-to-working order build on a navigation and bombing computer for a 1950s Vulcan bomber. 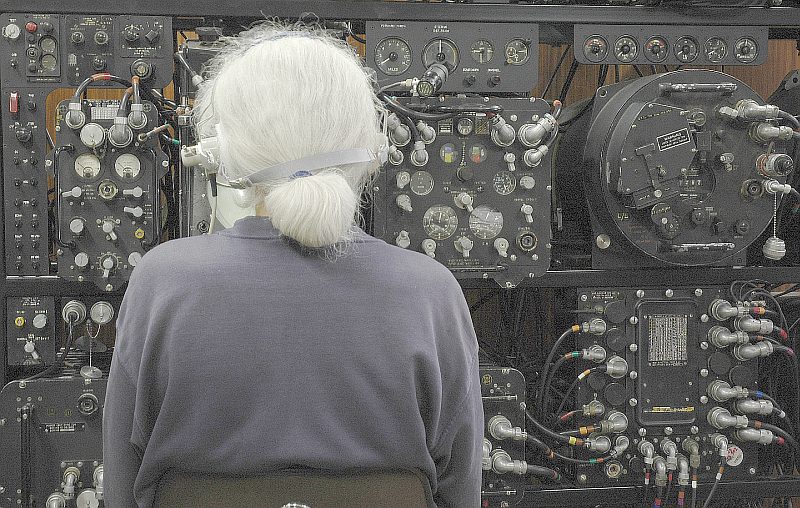 Her website is a cabinet of wonders: a lucite V-8 engine, a stainless steel 3D rendering of a tesseract, a restored LN32A inertial navigator, a machined 5-axis joystick, a hand-cranked plotter, and a bunch of other mysterious beautiful things.

Since I was posting pictures of the Yerkes Observatory [stderr] and its telescope, here’s a picture of the desktop newton telescope VanVark machined: 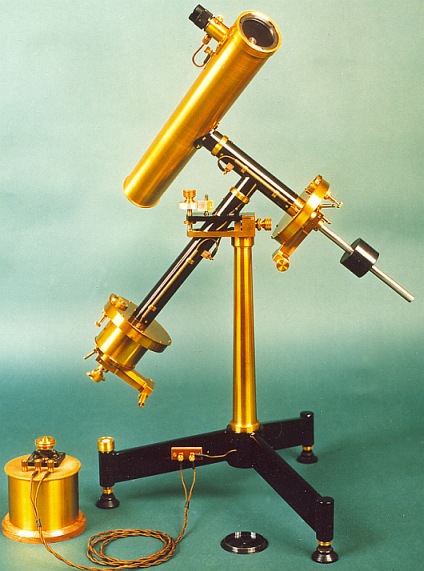 Since VanVark is wicked smart and understands ENIGMA machines (clearly!) I’d bet a lot that her haiku is carefully written to be harder to decrypt – free of crib-words. It’s already short enough that it’d be hard to mount a statistical attack on the ciphertext.

I should have mentioned in my piece on Bletchley Park, [stderr] the bombe in my photograph is a working reproduction that is patterned exactly off of one of the originals. That’s also an amazing piece of work. It makes me happy to know there are artists out there who can make stuff like this; it’s the antithesis of disposable culture.