This one is eerily similar to the one on Orly airport. To the point where I had to do a double-take on the news, and then a triple-take, to make sure the facts were somewhat clear. [stderr]

The suspect, who was shot dead by French police, was on the radar of the French domestic security service DGSI, the source said.

The shooting happened about 9 p.m. local time (3 p.m. ET) when a car stopped at 102 Champs-Elysees in front of a police van, Interior Ministry spokesman Pierre Henry Brandet said.
A man emerged from the car and opened fire on the van with an “automatic weapon,” killing one officer instantly, he said. The man “then ran away, managing to shoot and wound two other policemen. Other policemen engaged and shot and killed the attacker,” Brandet said.

The man was a French national who shot two officers in 2001 after being stopped by a police car, [sources] said. He was taken into custody but while being questioned grabbed another officer’s gun and shot him three times. He was convicted in that attack and had a criminal record because of involvement in violent robberies, the source said.

As I mentioned before: this is a bad feedback loop. [stderr] Terrorists/insurgents aren’t stupid – and most of all, many anti-terrorism strategies assume they aren’t creative. “The way to stop a bad guy with a gun is a good guy with a gun” means you’re bringing guns to a place where you’ve decided you don’t want guns. If you’re dealing with people who don’t like cops, having cops walking around armed simply makes them targets. 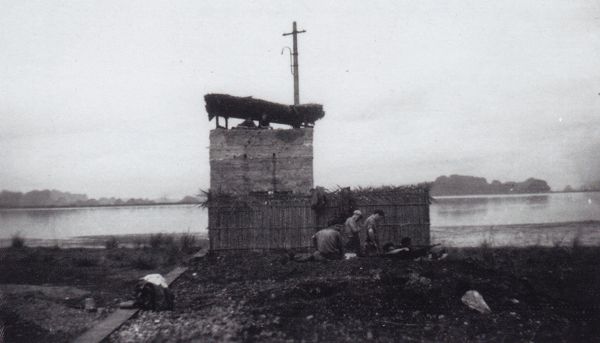 The De Lattre Line: 1 post every kilometer the entire length of the Red River Delta (1500km) – Build that wall!

The next response, I fear, will be closing the borders or “uparmoring” police – having them sitting around in armored vehicles (ripe for stealing!) – or pillboxes. Inevitably, we wind up thinking of the Maginot Line, but most of us have forgotten the De Lattre Line – a French attempt to keep insurgents out of a country.[wikipedia] The French have a genocidal and failed history of counter-insurgency just like the US. (The helicopters leaving the roof of the American Embassy: that was our Dien Bien Phu)

France is not dealing with a domestic insurgency, of course, but they’re catching the fringes of an international one, based on the European powers’ actions (and the reactions to) the tail end of the colonial period. I find it amazing that people still blame islam and assert things like “Muslim Terrorists Were Always Motivated by Religion” [Anjuli Pandavar] when it seems pretty clear that politics – specifically, the European powers’ love of dividing the Middle East into cantonments and satrapies for their convenience – has something to do with it. Is the hatred engendered by this sort of thing religion or politics? 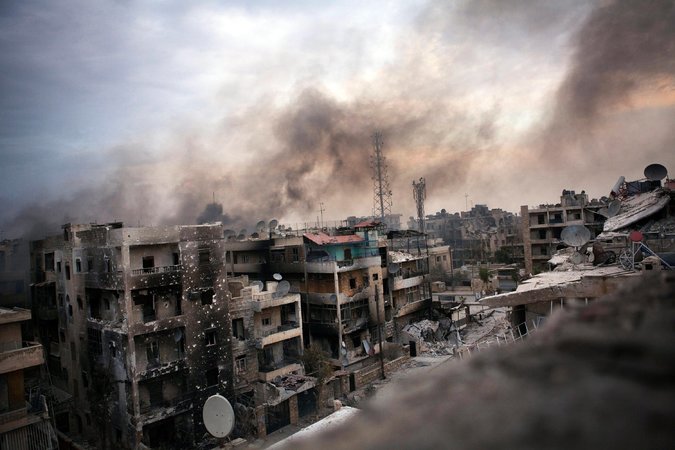 Short answer: it’s both! It’s politics, contextualized in religion, to make it more comprehensible for those on the receiving end. 1% of the world’s population are refugees. If even a tiny fraction of them turns hateful enough to get violent, you have a huge problem.

The French are about to elect a pocket fascist of their own, who is promising to double down on a failed strategy.

What if the result is that the insurgents double down on their successful strategy?

I feel I need some disclaimers: I do not advocate or approve of violence. I think that, when it comes to terrorism/counter-terrorism, we need to understand it, otherwise we’re more likely to use violence to try to stop violence – which seldom works.

I would rather that nobody kill anyone. The policeman that was killed was a universe of hopes and relationships that ended and were crushed. So was the shooter.

Note: I re-ordered some of the extracts from the CNN article.

The next strategy will be to start mousetrapping police. Remember: the project of the insurgent is to separate the population from the government, by showing the government is unfair, heavy-handed, incompetent, and targeting their recruitment base. These attacks are right out of the playbook.

The Rembrandt of Paybacks » « Physiognometry