It’s a wonderful animated version of Noam Chomsky’s thesis from “Manufacturing Consent”[amazon] narrated by Amy Goodman. It’s all compressed down to 5 minutes, which is pretty impressive.

I’m sure it’s no coincidence that the image at 3:54 – flack machines diverting attention toward a common enemy – looks eerily familiar. 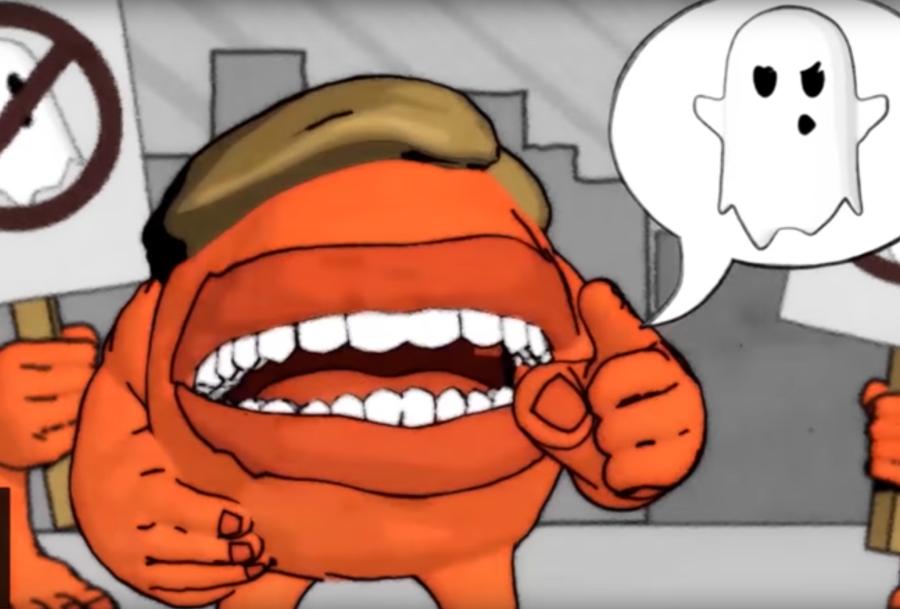 To fit into 5 minutes, Chomsky’s analysis is dramatically simplified and it relies heavily on vigorous assertion. In that sense, it’s also a propaganda-piece – and it’s being distributed by Al Jazeera, a propaganda mouthpiece, on youtube, a propaganda vehicle. I do think, however, that it’s a legitimate critique of the “mainstream media” – which seems to divide between “in favor of corporatism” (advertising) and “in favor of the establishment” (will kowtow for access) – except, of course, for the ones that are both.

What Chomsky describes is not a conspiracy; there is no “deep state” that is controlling the media – it’s what I call an “emergent conspiracy” – a combination of what happens where shared interests and a desire to get things done result in a push in a general direction. Once the push starts to succeed, it is reinforced because “see? that worked!” Looking at it from the outside, you can see how everyone appears to be taking advantage of the situation and coordinating their actions, but really its perceived self-interest interacting with other perceived self-interests to create what can, sometimes, appear to be very focused and organized. I doubt that anyone in major media outlets (except perhaps FOX) wakes up and thinks “another day of downplaying political disasters in order to maintain my access!” – they convince themselves that in order to maintain their access they have to do a few things: but their access is what gives them power and losing access lessens them. Of course, that same dynamic, from the side of the politician, works the same way – it’s what Chuck Spinney calls “a self-licking ice cream cone.”

Deepities With a Side of Vat-Grown Beef » « First!