The power station at Shawville looks like a relic of the late industrial age. I’ve seen the overall shape and outline before: big metal box full of stuff and fire.

I drove by and it was raining hard, and foggy, which always sets the mood of the place for me. 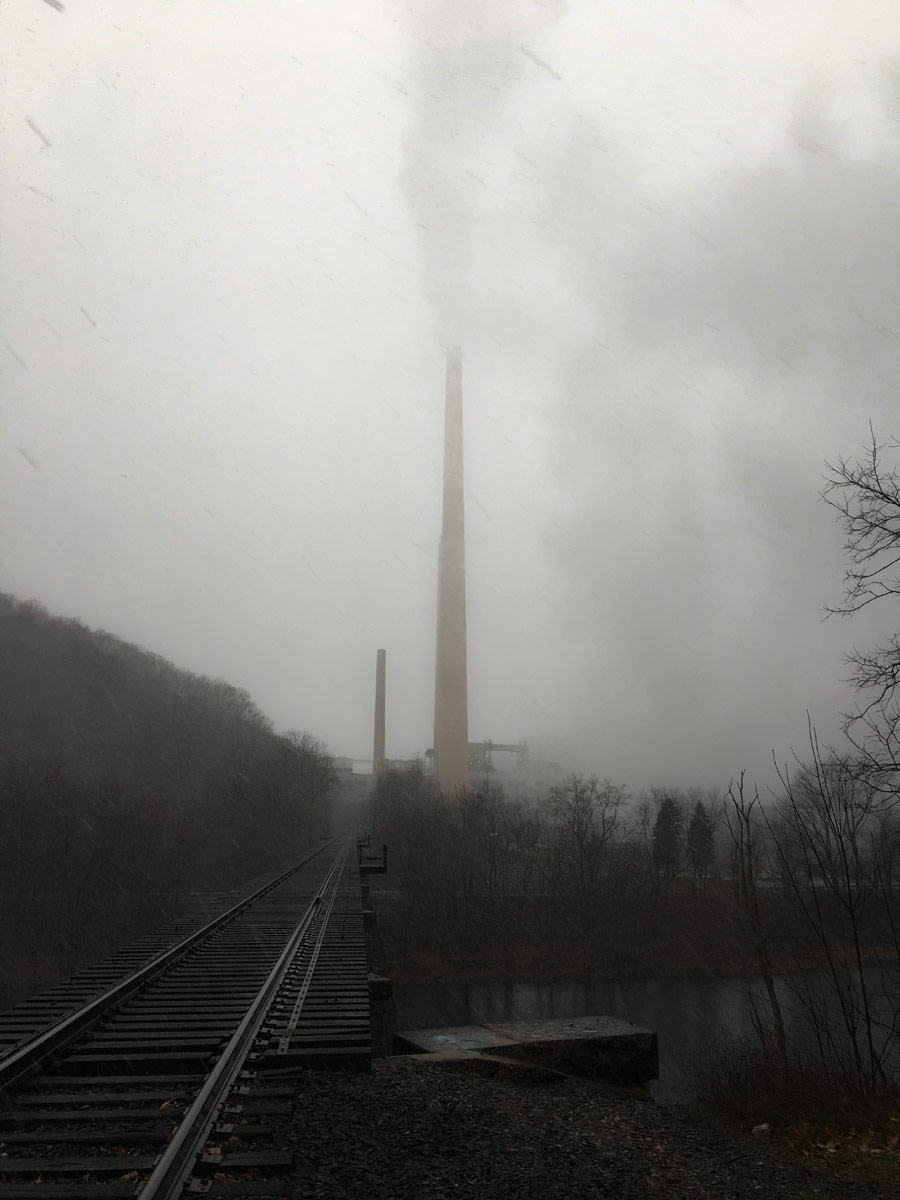 The railway across the river used to carry huge trains of coal. I’m not sure how they will transport the natural gas they are going to fire the plant with. In the last year they’ve gotten rid of the coal pile and replaced it with cooling systems for the gas; I am not sure how those work.

When I first moved into the area, I grabbed my camera one day and wandered in the front gate. Security has gotten better at plants; I was turned away fairly quickly. Back in the 80s I actually got pretty far inside a power station in New Jersey, just wandering around, when someone saw me and flipped out. I got some photos but the lighting was tough and it was all just industrial mysterious machinery. 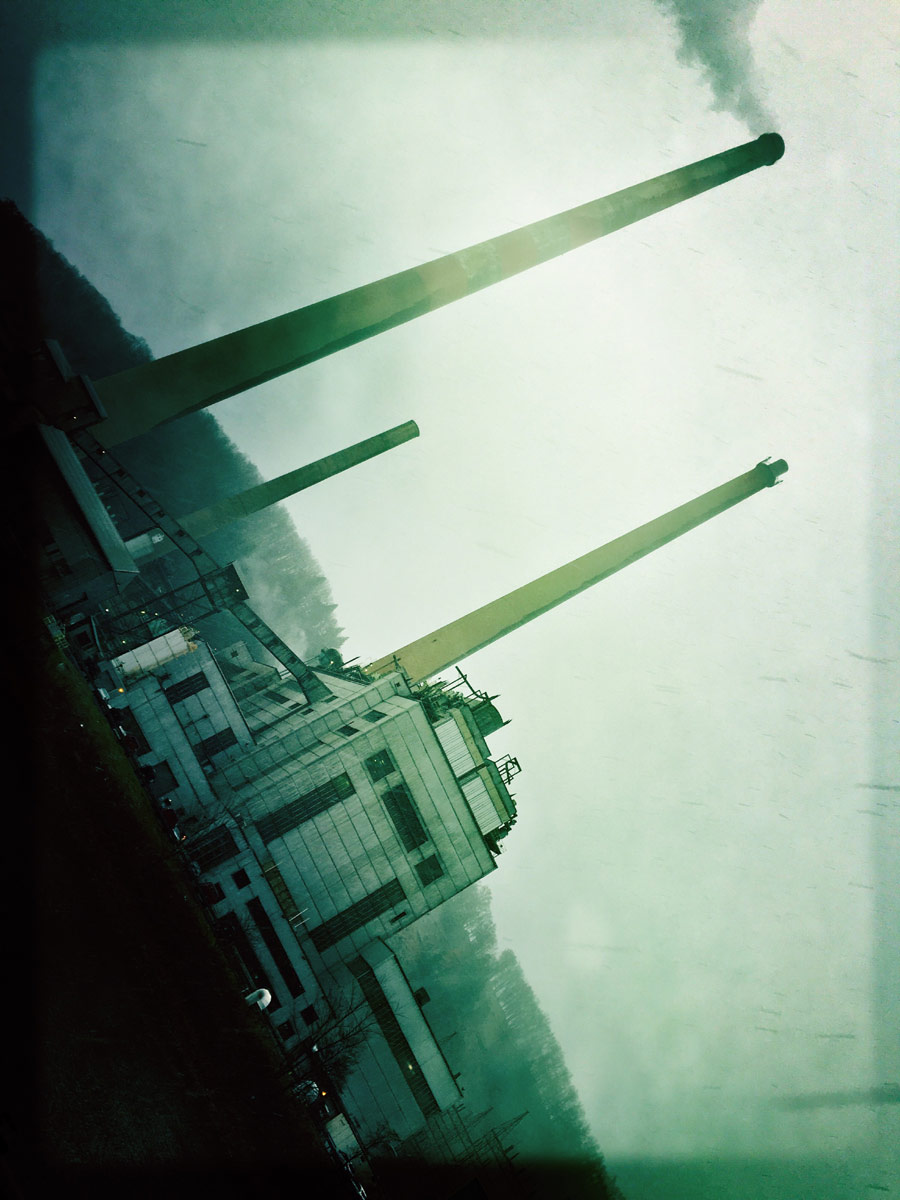 From the outside/side, this is what Shawville looks like. It’s big, but it’s not super-big. The general floor-plan for “power generator” appears to be a big building where something makes a lot of heat, and then a great big alternator. The one in New Jersey I got into, the generator itself looked to be about two stories high and about 1/3 of a city block long. I wish I could have gotten a guided tour.

Power plant construction and floor plans in USSR seem to involve an L-shaped building, one part of which is the heat-generator and the other (at the angle) is the alternator. 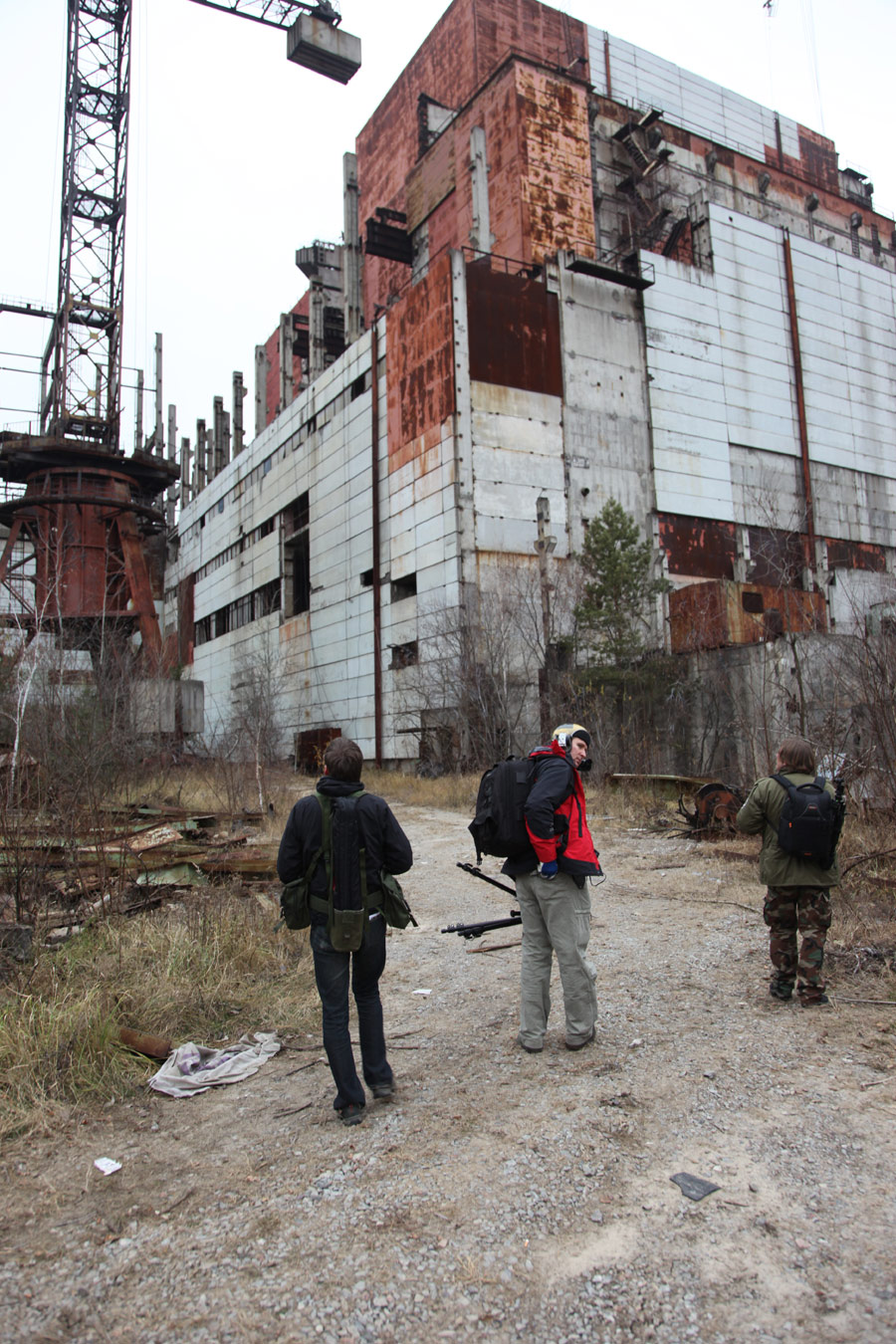 Outside Reactor #6, Chernobyl, Ukraine 2011 (mjr photo, which is why I don’t appear in the scene)

Just so you can get a sense of the scale of the thing, look at the staircase in the top 1/3 right corner. It leads to a 3 story metal cage-ladder. At the left of the picture you can see the “L” where the alternator was going to be. The squares comprising the walls are 1/4″ thick steel sheets, roughly painted, and tack-welded onto steel I-beams.

Reactor #6 was under construction when #4 blew; it was never completed. It’s about a mile from #4. They feel near to eachother because they’re so huge they look big even from a long way away.