One of the things about having a gasoline pipeline go near you, is all the cool explosions. Obviously something is wrong with the indigenous people in North Dakota, they don’t like explosions and the smell of gasoline? It’s free entertainment.

Hmmmm? What’s that you say? The executives of pipeline companies don’t live near pipelines either? I’m shocked. 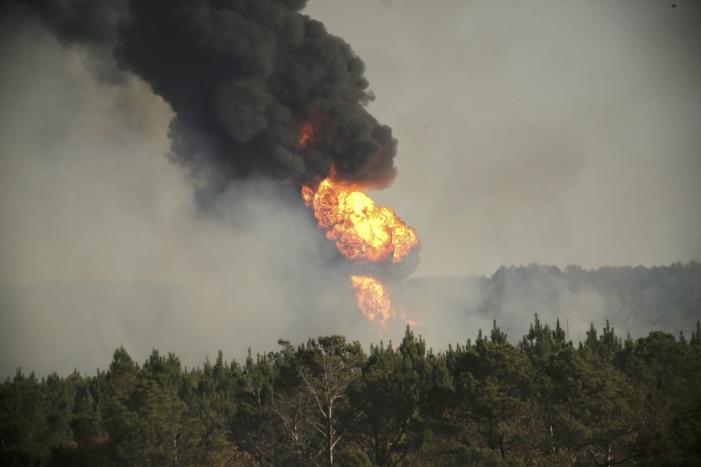 “The second time the pipeline has been closed in two months” – the previous time it leaked between 6,000 and 8,000 barrels of gasoline. But not to worry, nobody lives within a mile of the explosion. It’s not like gasoline is flammable, carcinogenic, or toxic.

Colonial has had 6 leaks in Alabama alone, in 2016 and today a section repaired for leaking, blew up. Just a little bit.

None of them are near any of the owner/executives’ homes. Sometimes I ask myself “What would Hamurrabi do?” (WWHD) and usually it involves jacking someone up pretty badly. As a moral nihilist, I often think that my more optimistic comrades, the humanists, who want to talk people into doing the right thing for (reasons) are missing a great big point – namely, retaliation. One reason someone should not do x for any given x is “I don’t like x and if you even look like you’re thinking of doing it to me, I’m going to do y and maybe z to you first.” Let me phrase that less formally: do you think an oil pipeline that went on Vlad Tepes’ land would leak 6 times in one year?