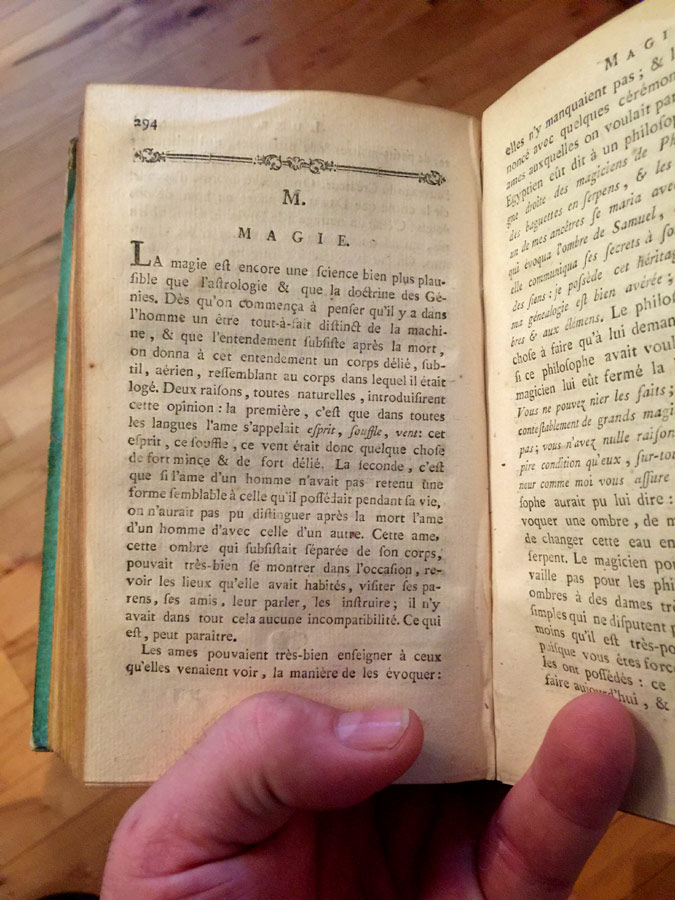 As soon as one begins to think that there is, in man, a part that is separate from the mechanism, which persists after death, we imagine that fancy to be detached, subtle, floating, resembling the corpse from which it was detached. Two reasons, both natural, introduce this opinion; first is that – in all the languages, the soul is called breath, wind, pneuma, this breath, wind, spirit must be made of something very insubstantial indeed. The second is that the spirit of a man doesn’t hold the shape that they were in when they were alive – we can’t, after death, tell the soul of one man from another.

Voltaire was a believer in the soul, he was not an atheist. Yet he was corrosively skeptical about practically everything – as I read this entry I feel like I can sense his struggle; he wants to call it all ridiculous but to preserve what little faith he has, he cannot.

It’s interesting that he jumps from magic to the soul; for a person of his time, I suppose the one depended on the other.