Robert Paul Wolff argues that power is the state’s ability to compel compliance, either through the use or threat of force. He contrasts that with authority, which is the right to command and be obeyed. He later goes on to argue that both authority and power conflict with our individual autonomy and therefore we are justified in rejecting them.

Bearing in mind that “power” and “authority” are just words that we use so that we can handle concepts, and you’ve got a clear path to drag this into epistemological weeds, I’m going to use – roughly – Wolff’s description of “power” to explore a strategic question that has bothered me for a long time. It’s a question that clearly bothered Epicurus, too. Epicurus says that power (to expel and protect) and material prosperity are tools that some men desire in order to protect themselves against ill fortune (usually in the form of other men of similar desires) – it seems to me that Epicurus is right: some men attain to power in order to protect themselves, then discover that they need more power to protect their power-base, ad infinitum. I always felt that Epicurus would say that such people are making a mistake; they have confused the ends (safety) with the means (power) and discovered in the process that the means are evanescent: safety achieved through attaining power is a castle made of sand. In fact, history probably tells us that attaining power for its own sake simply paints a target on our backs: the powerful attract the worst variety of people – bootlickers,* backstabbers, torturers, assassins, marketing executives, politicians, and police.

The powerful are endlessly concerned with the transfer of “their” power because they mistake their power for authority (per Wolff) and believe that it can be handed off to their children or favored followers. Again, history shows that generally is a fool’s errand. When someone attains to great power, as Caesar did, they are simply pulling the reins of the state together in a convenient bundle that someone can stab them in the back, and take away.

Here’s an idea I’ve been kicking around for a long time:

Power has no value unless you abuse it. 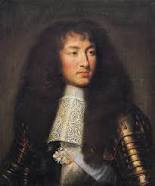 Sticking with Wolff’s definition of “power” – the ability to compel compliance – there is no point in being able to compel compliance and not doing so. For one thing, if one doesn’t periodically exercise it, one’s subjects might forget you have the ability to compel them. In fact, you may lose it.** “Build me a palace” or “take me that hill at the gallop!” it hardly matters – power has to be seen to be exercised or it fades, and I’d argue that exercising power is abuse of power. After all, if you use your power to compel obedience you’re taking away people’s choice of whether to follow your orders, or not. So, I say that power has no value unless you abuse it, and all use of power is abuse.

From that, I conclude next:

All who seek power are eventually your enemy.

If you are interested in power, anyone else who is building power is building it so that they can keep you away from it. In power, unlike many other avenues of life, an imaginary thing is part of a zero-sum game; it’s in the nature of the powerful to feel that as another attains power their power is diminished – if only because they’re less important. If you are not interested in power, anyone who is building power is building you into the foundations of their power-structure. They are expecting you to be supporters, soldiers, or their tax-base. They wish to gain power over you which will fade if they do not periodically compel you to do something.

It seems to me then, that the paradox of power** is that those who want it, should be kept from it. Those who do not want it, should be granted authority – what Wolff calls the right to command and be obeyed. The power-hungry? We should recognize them as the universal threat that they are and defeat their strategy by keeping them as far as possible from that which they desire the most: control over others. 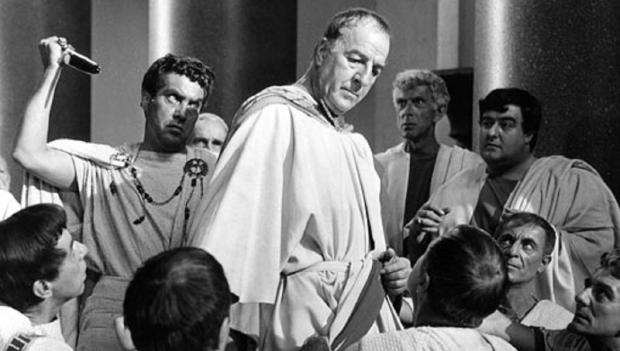 Unfortunately, human society has been shaped by the powerful for their own convenience. Our systems of government, our popular attitudes, and how we interpret history,*** are all set up to make it easier for the power-hungry to channel, aggregate, and manipulate the reins of power. Even if we all somehow woke up and felt refreshingly rational, and recognized the power-hungry for the dangerous parasites they are, what would we do with them?

If you talk to a thoughtful person, and start asking them about why they feel we should be at war with so-and-so, or why we need nuclear weapons to burn cities in order to deter such-and-such, you’ll eventually find them to be puzzled. In my experience, they realize that they actually have nothing against the other people, at all – they’ve just been told that those other guys are dangerous by their power-hungry elites. And if you go talk to the other guys, they’ve been told the same things, going the other direction, by their power-hungry elites. Our world is vastly more dangerous right now than it needs to be, in order to facilitate the power-hungry popinjays who claw themselves up over heaps of backstabbed fellow-travellers in order to reach that pinnacle of human achievement: power.

The bomb-throwing anarchists of yore had the right idea, but the wrong methods. Assassinating the powerful just creates churn at the top, as the survivors turn on each other to see who gets to be the next Stalin. Decapitating the powerful out of society won’t work, it’s the seat of power itself that must be destroyed.

As Caesar loved me, I weep for him;
as he was fortunate, I rejoice at it; as he was
valiant, I honour him: but, as he was ambitious, I
slew him. There is tears for his love; joy for his
fortune; honour for his valour; and death for his
ambition.

PS – money is a portable form of power. That’s why its relationship to the power-hungry has always been complicated: they wish to ignore it but they also want it because it’s a symbol and a path at the same time.

(* The great Machiavelli, being the prince of bootlickers, was just one who wrote odes to power. Nietzsche’s salivation over “the will to power” was almost embarrassing. As Santayana wrote: “Nietzsche was personally more philosophical than his philosophy. His talk about power, harshness, and superb immorality was the hobby of a harmless young scholar and constitutional invalid.”)

(** Which is the origin of my fascination with De Boetie)