Atheism, we are told, breaks all social ties. Without belief in God, what becomes of the sacredness of the oath?

How can we bind an atheist who can not seriously attest the Deity? But does the oath place us under stronger obligations to the engagements which we make? Whoever dares to lie, will he not dare to perjure himself? He who is base enough to violate his word, or unjust enough to break his promises in contempt of the esteem of men, will not be more faithful for having taken all the Gods as witnesses to his oaths. Those who rank themselves above the judgments of men, will soon put themselves above the judgments of God. Are not princes, of all mortals, the most prompt in taking oaths, and the most prompt in violating them?

Ah, the hypocrisy of the faithful!! Atheists have been harping on it for a long time, indeed. 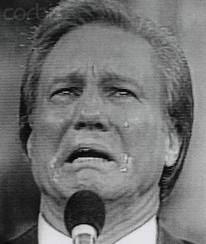 O lord that thing you didn’t want me to do, well, I did it. Because I don’t actually believe in you at all.

It was this reasoning, I believe, that started to make me question religion when I was a kid. It made no sense that there were people who claimed to believe that god wants one thing or another and yet – they did it anyway. I didn’t believe in god at all, but I reasoned that if I did, I’d sit in the corner and be very careful indeed to not break a single rule. How could I?

What kind of person would try to pull the wool over an omnipotent judgemental supreme being?

In Which I Discover the Banana Squid … » « Sunday Sermon: In Defense of Anarchism (3)