The Conflict Between Authority and Autonomy

The defining mark of the state is authority, the right to rule. The primary obligation of man is autonomy, the refusal to be ruled. It would seem, then, the there can be no resolution of the conflict between the autonomy of the individual and the putative authority of the state.

Insofar as a man fulfills his obligations to make himself the author of his decisions, he will resist the state’s claim to have authority over him. That is to say, he will deny that he has a duty to obey the laws of the state simply because they are the laws. In that sense, it would seem that anarchism is the only political doctrine consistent with the virtue of autonomy.

Now, of course, an anarchist may grant the necessity of complying with the law under certain circumstances or for the time being. He may even doubt that there is any real prospect of eliminating the state as a human institution. But he will never view the commands of the state as legitimate, as having a binding moral force. In a sense, we might characterize the anarchist as a man without a country, for despite the ties which bind him to the land of his childhood, he stands in precisely the same moral relationship to “his” government as he does to the government of any other country in which me might happen to be staying for a time. When I take a vacation in Great Britain, I obey its laws, both because of prudential self-interest and because of the obvious moral considerations concerning the value of order, the general good consequences of preserving a system of property, and so forth. On my return to the United States I have a sense of reentering my country, and if I think about the matter at all, I imagine myself to stand in a different and more intimate relation to American laws. They have been promulgated by my government and I therefore have a special obligation to obey them. But the anarchist tells me that my feeling is purely sentimental and has no objective moral basis. All authority is equally illegitimate, although of course not therefore equally worthy or unworthy of support, and my obedience to American laws, if I am to be morally autonomous, must proceed from the same considerations which determine me abroad.

The dilemma which we have posed can be succintly expressed in terms of the concept of a de jure state. If all men have a continuing obligation to achieve the highest degree of autonomy possible, then there would appear to be no state whose subjects have a moral obligation to obey its commands. Hence, the concept of a de jure legitimate state would appear to be vacuous, and philosophical anarchism would seem to be the only reasonable political belief for an enlightened man.

Wolff then proceeds, for the rest of the book, to explore specific problems of autonomous individuals in democracies. He doesn’t bother trying to contrast the autonomous individual’s position under a monarchy, or an aristocracy, oligarchy, etc – they’re less providing of autonomy than a democracy, so they aren’t worth considering. The book is basically over, after its first chapter. 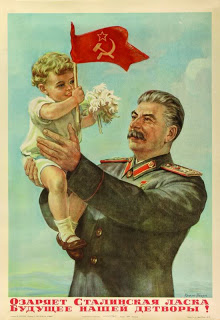 Born under a social contract

There are many things I like about his approach, in this section. One is the way he heads the contractarians off at the pass; the contractarians argue that the authority of the state comes from the consent of the governed but Wolff has positioned the state as always being in opposition to the governed even when their interests align. Another contractarian argument Wolff heads off is the idea that persisting within a state implies consent – i.e: you may be born in the United States so you never had an opportunity to consent to be governed, but the fact that you don’t leave or do something else, means you continue to assent to governance. Wolff’s argument embeds the idea that that’s just something you do because you stand in the same relationship to all states. I’ve always been suspicious of the contractarian ideas* Rousseau pushes, because I don’t believe that the population can express a “general will” any more than I believe in “common sense.”

On the occasions when I find myself arguing with nationalists, I find it’s instructive for them to ask them how they would feel about the inheritable social contract if they had grown up on Airstrip One or North Korea. If you start enumerating the properties of the state, and comparing them to any other state, they’re mostly the same: a small number of people choose the fate of a large number, and the large number can get their heads busted by the police if they want to complain about it too loudly. Plus ça change, plus c’est la même chose, n’importe ou.

In his more detailed look at various democracies, Wolff conceeds that there might be one legitimat state: a state operated as a direct democracy requiring a unanimous vote. In that case, and only that case, an individual’s autonomy is fully respected and there is no situation in which the tyranny of numbers applies.

After this, I will switch to keeping my sunday sermons tighter-focused and not part of a series. I think it’s best to just hammer on a single simple point instead of trying to interpret someone else’s intended argument in a series of posts. I appreciate your patience and feedback! Experiment completed.

(* It’s hard not to be personal about it. I think Rousseau was a horrible hypocrite who presented an absurd idealized view of a human state of living that never existed. There is no state of nature, we are born into the cage that is society, and most of us have no alternative or exit strategy. I’d argue that the only people who are able to truly live autonomously in society are the wealthy and powerful and that is why they want power and wealth. After all, a just society under a social contract, everyone would be fine and nobody’d need extreme wealth except to abuse it. That’s another topic for another sermon.)

Monday Meslier: 193 – It Is Not True That Atheism Sunders All The Ties of Society » « No Till/GMO – 5 “THE RUSSIANS STRIKE BACK”