If you’re looking to get into crafting, and want something relatively safe, inexpensive, low-gear requirement, with beautiful results, I recommend silver casting.

There is also a lot of “headspace” in the skill – you can be a dilettante for your whole life, and only get serious about the art-form many years later. If you want to get into it in a big way, the starting investment is on the order of a few thousand dollars. Or, if you are into building your own gear, you need a mapp gas torch, a crucible, a firebrick, some plaster and a piece of steel tubing and some beeswax – total cost around $50. Or you can sand-cast for just the cost of a torch.

I remember when I was a kid, in some museum (I forget the museum but not the content) an item was labeled as “lost wax process”- I asked my dad how it’s possible to lose a process, and he explained that it’s the wax that’s lost not the process. That was stretching my dad’s knowledge because he’s never been interested in technology. 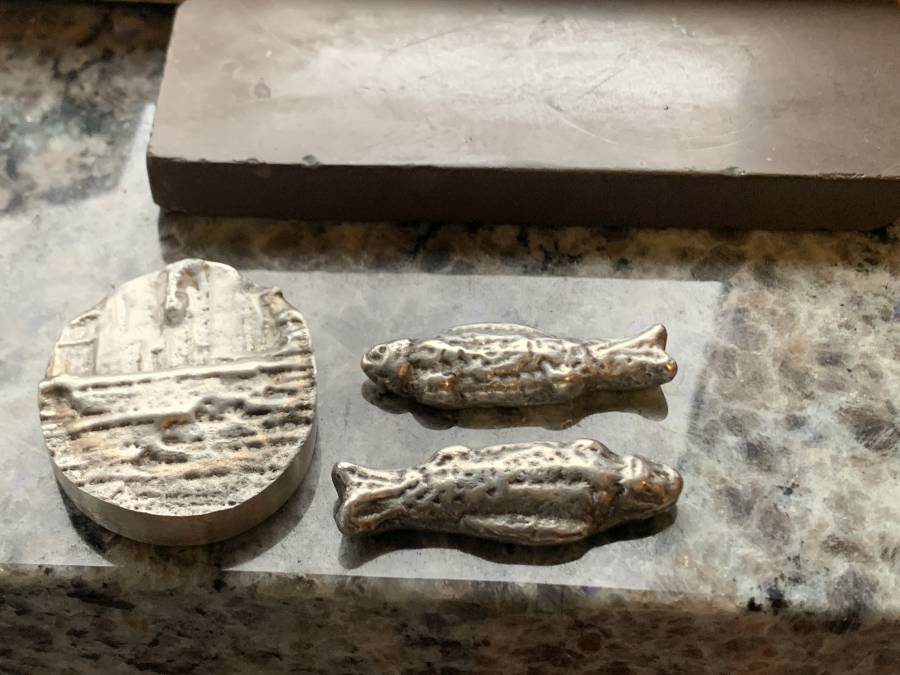 To make the swedish fish, I simply used a dab of “shoe goo” to anchor a piece of candy to the counter-top. When the glue cured, I was going to put a frame around it and pour investment plaster. But, when I came downstairs, a mouse had pried the piece of candy up and run off with it, leaving a few mocking poops behind. Fortunately, there are many swedish fish in a bag, so I pretty quickly had another one ready to go. 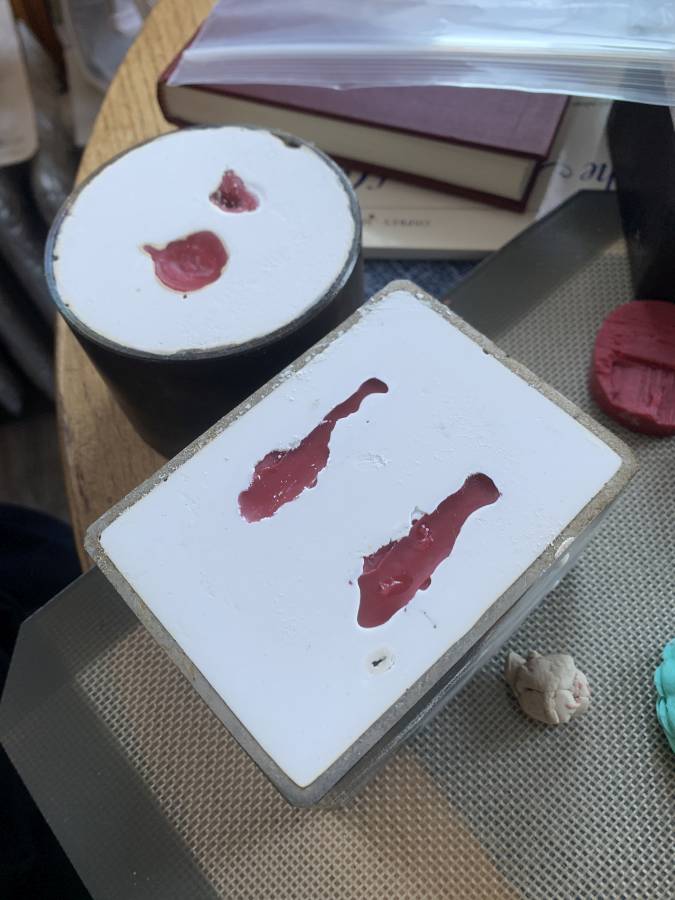 I admit I have a lot of tool synergies. To make the casting frames, I just cut pieces of steel tubing on the bandsaw then machined the bottoms flaw on the milling machine. They’re so flat that I can put them on the countertop, pour plaster, and absolutely nothing leaks out the bottom. I use tube steel rather than wood because a) I have it b) it absolutely will not pop under steam pressure c) you can hammer on it to release the plaster d) burning out the wax is extremely easy.

The wax, embedded in the plaster, is placed face-down on some paper shop towels, in the oven, for an hour at 250F. That melts the wax until it gets absorbed into the towel. It does not smell great. Many years ago I put a drop of cinammon oil in my wax stock so it’d smell great.

I made the silicone mold by sticking a swedish fish to the counter top, putting a mold box around it, and flowing the silicone. One of the neat things about this process is you can decide if you want to make more than one wax, in which case you make a silicone mold and you can bang out an infinity of waxes. Once you’ve done that, you can modify the wax, or “remix” it by altering it and then making another silicone, etc.

My former publisher’s acquisitions editor also did silver work and her “thing” was assembling castings into larger artworks. For example, she would take cardboard and lace it together into something, then make a mold and casting from that, then decorate it by modifying it with pearls and insets and gold or platinum wire. Neat stuff.

This is really relaxing, especially since I obtained an electric smelter that simplifies the melting process. It was quite cheap ($150) compared to a blacksmith’s forge, and it’s easy and efficient. Easy and efficient equals safe when you’re working with hot metal.