I had a minor blood occlusion in my brain, and my language use disintegrated. It was a very strange feeling – the structure of my sentences stopped matching my thoughts. I called 911.

I got a fine ride in the ambulance (a new experience) with some very kind and helpful people, then spent a day at Clearfield general sitting, lying, napping… I got CT, I got sonogram (checking for blood clot in my leg), then MRI. The nice doctor came and said there was no sign of anything and there was nothing to be done. He was kind of snappish and suggested I see a psychologist. Naturally, I immediately replied, “I am a psychologist” and he went away. (Ba psych, Johns Hopkins, 1985)

The whole time I felt really weird. Like, I was questioning what “feeling normal” means. There was definitely something wrong; my sentences would trail and ramble and break apart.

I was, and remain, utterly terrified.

I am my hand-work and my words and the possibility I will now have degraded function left me frantically researching where to get a load of benzodiazapenes. But I appear to be recovering, at least doing better, and writing is less of a struggle.

It seems not that I dodged a bullet, but I had a bullet part my hair. And maybe crease my scalp; we’ll see about that anon.

I got a big dose of asprin suppositories, which was delivered with grace and flair by one of the techs.

I have never experienced hospital food, before. I am going to try to avoid it henceforth. If I am on my death-bed I hope I can get someone to bring me dim sum.the source of bombs. Heller’s description is a mental spiral into the madness of war, and there is something so sick, crippled, and sadistic about American culture that – well, what the absolute fucking fuck is going on?! How did the idea of just shooting a bunch of strangers become a thing? A thing so common and pervasive that we are desperately twisting ourselves in ineffective responses. We are not a rational society, that there is even discussion about arming teachers.

There’s a lot of money being spent on responses to mass shooters, and what we really should be spending money on is mental health, abuse counselling, and domestic wellness – supporting people who are suffering domestic violence. All of this bullshit about what such and such gun looks like completely steps past the fact that domestic violence and mass violence are highly co-morbid. Domestic violence and “gun nuts” also go together. I want to write (see what I did there?) about this stuff but it’s so maddening and irrational that I can’t keep a thought-train. In fact, I seem to wander a bit, thought-wise.

I have an appointment with my regular doctor on monday and in the meantime I’ll be taking it easy, i.e: demolding my refractory castings. With a bit of luck I can test-fire the burner in the next couple days. Doing write-ups of the things I make takes longer than you might realize, and the last couple weeks I have just gotten things done, preferring to get stuff done more than to talk about it.

In the meantime, how do you know what you normally feel like?

One more thing: I have figured out a new recipient for any commissions I do (if I do any more) here’s what I want you to do: buy some usb chargers and cables for android/iphone and drop them at the nurse’s desk at a local hospital. They get lots of people who arrive with phones, no chargers, dying batteries. Let’s all share the juice. Fuel Rats forever! 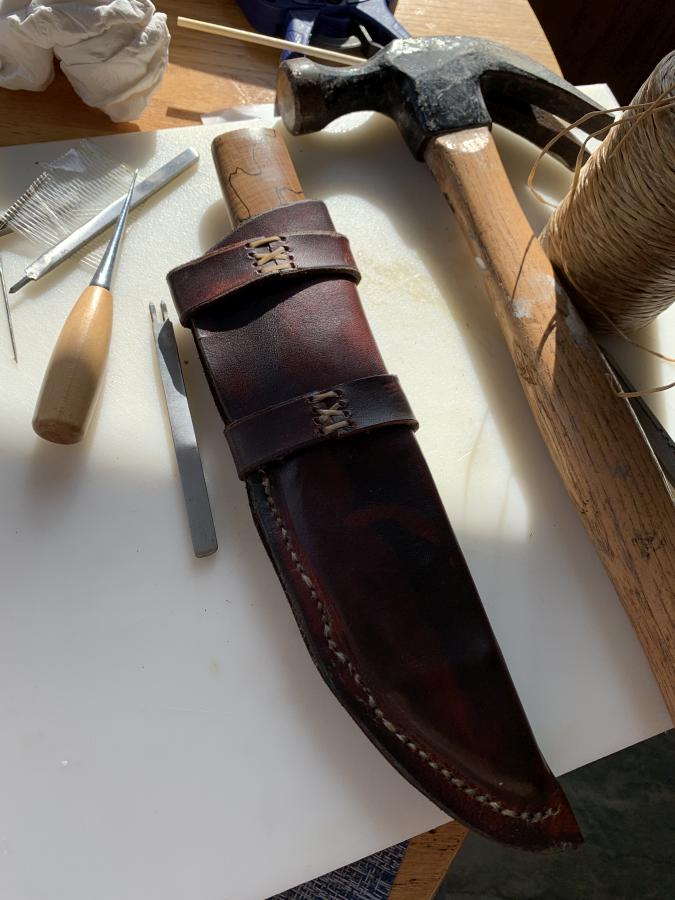