Last spring, I decided that I’d try to collect some maple syrup from a few of my many maple trees. So, I marked down which trees were maples, and when the weather started to get warmish, I struck: 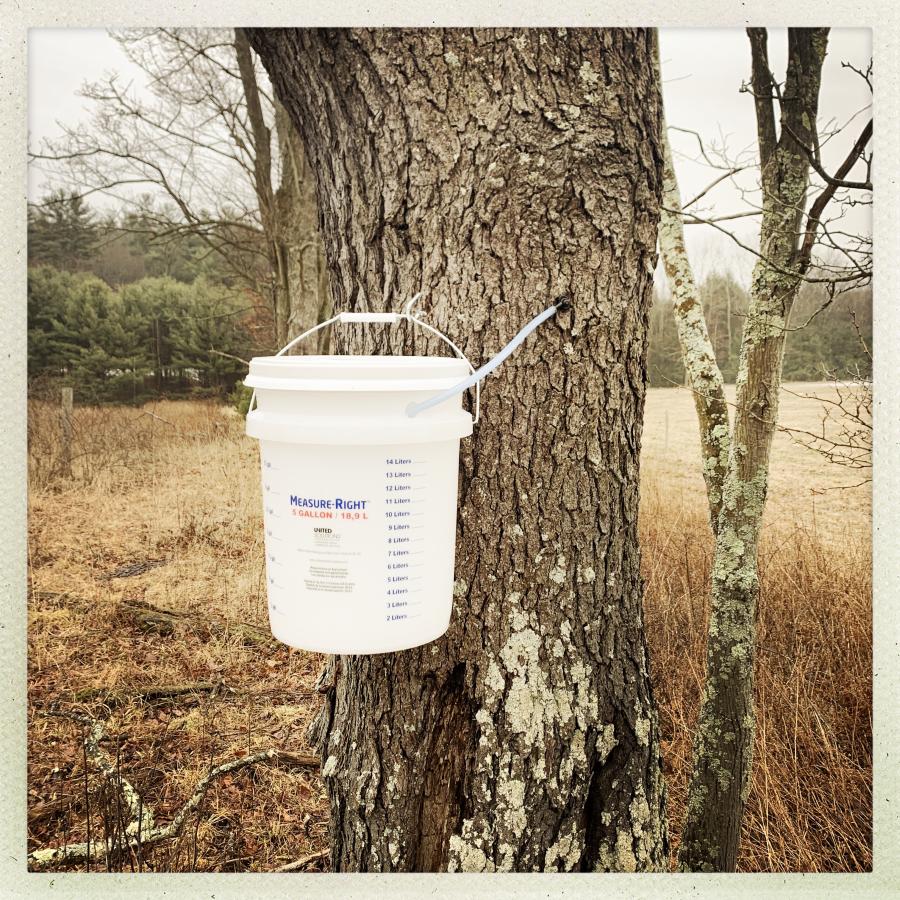 There’s a commitment issue that comes with this process, it turns out. For one thing, the sap will come when it comes and you have to be there to collect it and boil it down. But, the amount of sap you have to handle makes it tempting to industrialize the process a bit. In general, that looks like stringing wires between trees, zip-tying silicone hose to the wires, and pulling them all back to a larger catch bucket that doesn’t need to be emptied as often. But if you go to that trouble, you’re going to have to do it for years, or else you’ve built all the infrastructure for bulk collection.

My idea was to make some syrup for some pancakes. That’s it. It turns out that the sap has about a 40:1 ratio – you need 40 gallons of sap to make 1 gallon of syrup. So there is a lot of sap handling and boiling.

Now, boiling seemed like it’d be easy. I’ll put a propane ring in the shed and hook it to the huge tank outside, then boil sap. Except it turns out that with propane lines, not much is easy – the header that the propane company guy left was some sort of 1/2″ flare coupling, but the propane ring I had used one of those fat plastic connectors for a small propane tank. No problem: I rigged up a line with some adapters and a quick connect, then ran that down to a 1/8 pipe segment and threaded that into the ring. But it turns out that the manufacturers of the ring hid the propane jet inside the bolt that connects the line. I went over to the shop and sat there for a while trying to think how to fix it – I didn’t have a 1/8-26 MIP die (I did have a tap!) so I couldn’t make my own jet-holder on the lathe. So, I took a piece of 2-ended threaded connector, and ran a tap into it (8-32) so I could thread in one of the copper wire-guide tips for my MIG welder. The hole in those things is a very nice size for a jet. 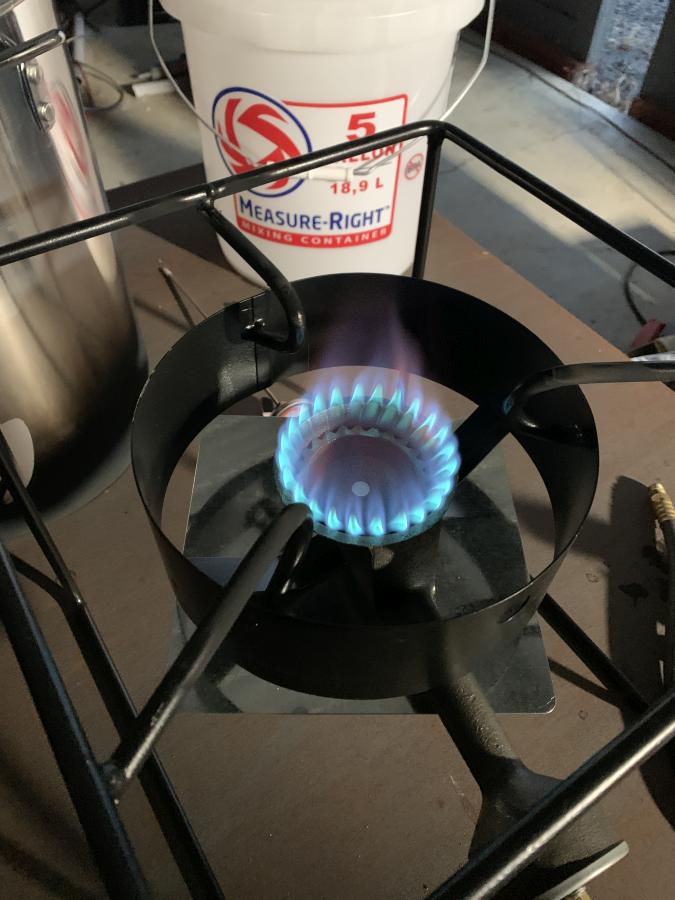 It only took a ridiculous amount of time to rig that up. But, I have 2.5gal of sap, which ought to give me enough syrup for a waffle.

I have to admit I am beginning to think that maple syrup is underpriced – you can get 1qt at the store for about $25. So far I don’t have much in terms of infrastructure costs (I don’t think I will go “full production”) but it looks like just buying the stuff is the best way to get it.