I’m going to post a series of this, I hope, as it progresses. Really, we’re talking about maybe an hour or two of actual work but … why not? Turning stuff on a lathe is tremendous fun when it comes out right. I realize that by posting this I am setting myself up for failure.

[Also, Jazzlet, check your spam bucket for messages from me; gmail hates me.] 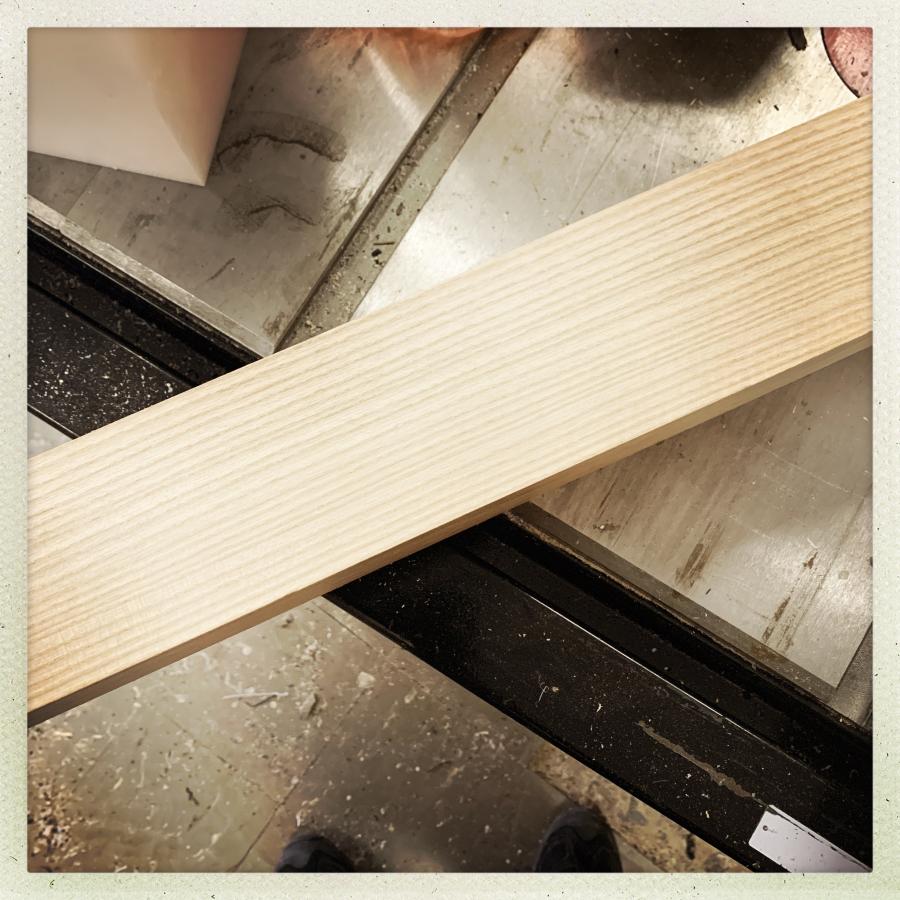 I’ve been (as usual) behind on my various projects, and buried.

Mark and I were kicking ass on the wiring over at the shop; all the runs are in and I’ve been putting the outlets into the boxes and Mark’s ready to tie the big pigtail of wires into the panel. But then Mark texts me and tells me he fell down the basement stairs and broke his leg in two places. Well, that’s a – thing. Mark’s dealing with the horrible American medical system: he spent about 20 hours lying around in pain on gurneys in various ERs waiting to get scheduled into surgery. Capitalist hospital operators have realized that, since they don’t have to use them themselves, they can treat medicine as a commodity: there’s a scheduling app somewhere and people just have to wait. Can’t have empty surgical theater capacity, or doctors sitting around drinking chablis and eating canapes – efficiency in American capitalism equates to disrespect for the customer rather than efficiency.

Every project leads to another. And that’s how and why I am buried all the time. Just before thanksgiving I got an official letter from the government and it contained a $1400 economic stimulus check. Considering what I pay in taxes that’s … nice but they ought to be able to tell I’m economically over-stimulated. But I decided to be naughty and turned around and flipped that money to China by buying a big-ass Grizzly bandsaw to replace my old American-made Rockwell (which is legitimately falling apart). The UPS freight guy knows me by name; when I got to the shop yesterday he was already unloading it. America; we can deliver heavy machinery faster than we can get you into surgery to fix a badly broken leg. 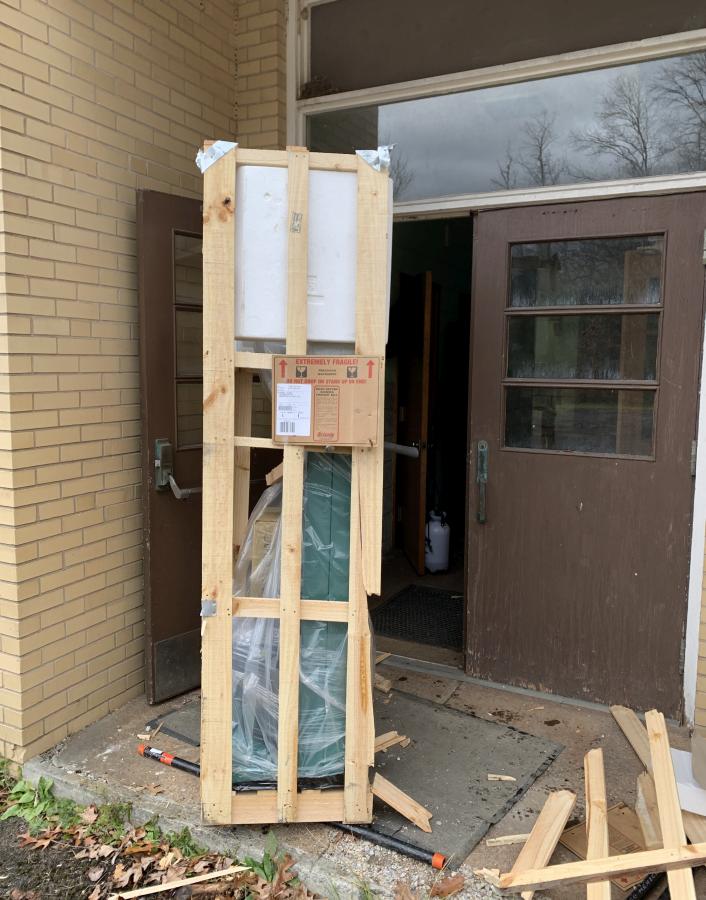 The packaging is some of the worst I have ever encountered. The driver lift-gated the thing down and we put it onto rollers, so I could try to fit it through the door. It was going to be a tight fit. But the crappy wood on the pallet just crumbled into the roller and the whole thing settled into position and stayed there. I had to disassemble the cage with whacks from a claw hammer (I admit: just bashing the hell out of things with a hammer is satisfying) Then I could unbolt the shipping bolts, which were the only thing holding the pallet together, and catch the saw as it started to tip then walk it inchwise through the door and up onto a dolly. Where, as they say, it sits.

I’m going to need to wire up a 220v run for it, and the way its dust collection system is designed, it’s going to ingest and suffocate on dust if I try to run it without a vacuum hookup. That means I need to look at how my dust collection “system” is set up, and fix that. I’m also going to have to bolt this top-heavy bastard to the concrete floor, which means I need to think carefully about where to situate it, so I don’t wind up doing like I did with the lathe and re-locating it after the epoxy has cured around the bolts. (angle grinder, diamond wheel, straight into the concrete, yadda yadda) Anyhow, that was yesterday.

Speaking of lathes, I have slowly been prepping the metal lathe, which is a beast of an entirely different order. It’s powered, leveled (I think), gearbox oil changed, belts installed and tensioned, etc. Basically, it’s ready to go, I think. I have a piece of brass round-stock in the chuck ready to face off. But, I’m going to wait until I get farther on the electrical system for the other shop. [Edit: I also have to wait for micrometers to arrive. Part of testing the set-up is to turn some calibration bar and check for concentricity that indicates that the ways aren’t level. This is a great excuse to troll Ebay for vintage Starrett gauges, etc.]

Mark has a friend who is a professional welder, and has talked them into coming by some sunday/monday to check over my MiG setup and help me weld better. That’s going to be great: I have a bench to make over at the shop, and I need to weld together some pieces to comprise a stand for my post-vise. There’s also some welding I need to do on the body for the forge. Aiee.

It’s project-land in the life of Marcus, which is a very nice fun place to be, except if you’re compulsive and a perfectionist and you are aware of the burden your endless TODO list represents. I believe I have exactly 2,127 projects under way to some degree or another. No, I haven’t forgotten about yours, I swear.

Throw It Overboard » « Why Pretend?