It turns out that when you plunk down the money for a 40-foot ladder, there are a lot of other folks in your neighborhood who need one. That’s typical for specialized equipment: people forgo using it because they don’t want to go to the trouble to obtain it, but … borrow it? Sure.

The fellow (Mark) who lives next to my studio/schoolhouse has a lot of experience roofing and is not as afraid of heights as I am. Coincidentally, he is re-siding his house, which makes a 40-foot ladder Just The Thing. So we agreed to a bit of work-trade. Which resulted in: 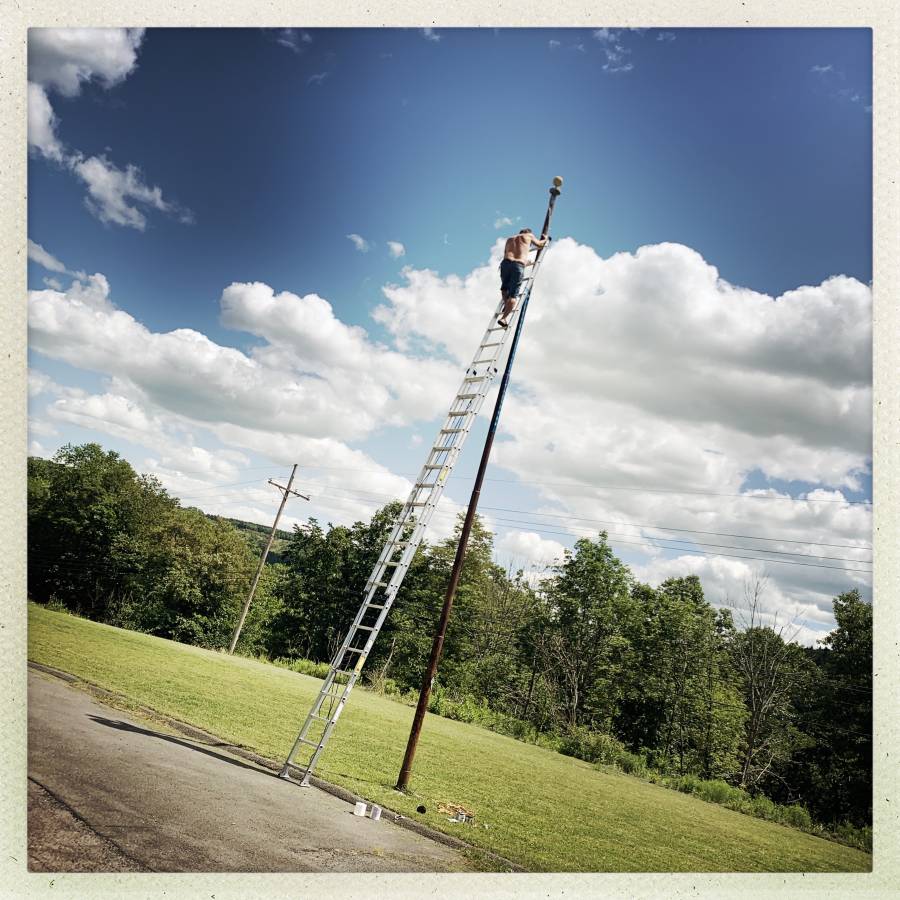 The flag-pole is pipe-in-pipe welded schedule 40 steel. Before Mark climbed up, we did a lot of inspecting and thumping on the pole. It did flex slightly but a person on a ladder doesn’t put that much lateral force on what it’s propped against.

When I bought the building, the flagpole was inoperative because the cord (which was poly/nylon) was jammed in the pulley at the top – too many threads had been pulled free by abrasion against the rusty metal, and it was immobile. It’s been that way for 10 years or more. So, the plan was to re-paint the pole with red rustoleum, and replace the cord with some 1/16″ stainless steel wire rope.

That was a test-climb. By the time Mark was carrying paint up and down, we had a tie-strap holding the ladder against the pole, and a rope between the bottom rungs and the pole, to keep the bottom of the ladder from going anywhere. I was still very happy to stand back and let Mark do the painting. 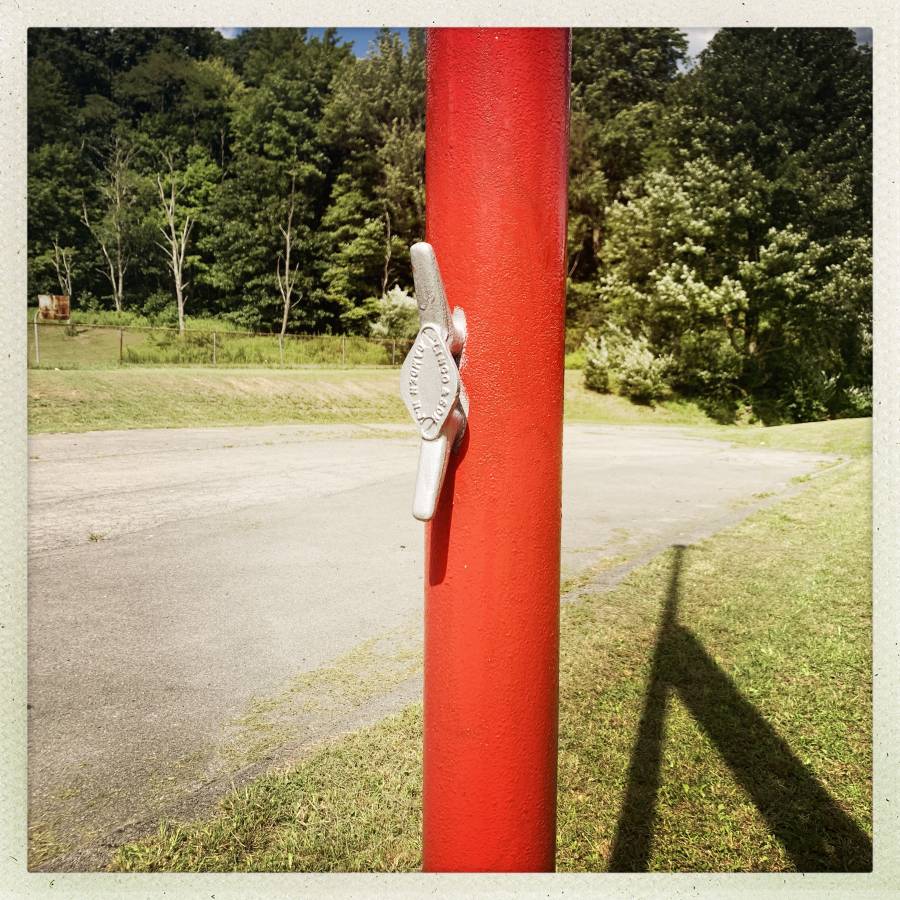 I also got some silver paint for the finial at the top and the bollard at the bottom. Eventually we’ll do another coat. 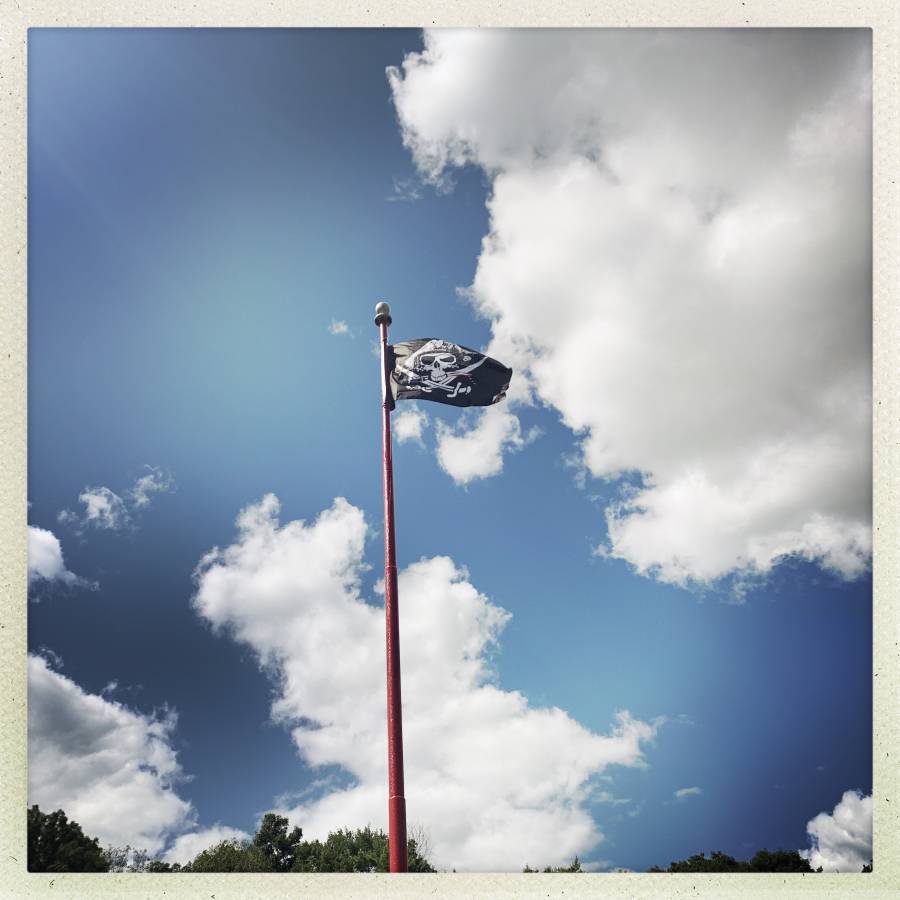 Next, I need to make an enlarged stencil (I’ll trace from a digital projection) of Andreas’ badger logo, so I can spray-produce a few badger banners.

This Is Not a Bit Good » « FBI Follies