I know you know I hate the FBI. They’re not just a stealth “secret police” they’re really bad at it. Basically, they had such a great self-promoter in J. Edgar Hoover, that they got a great public relationship through media manipulation and they have been coasting on it ever since. You know “we got John Dillinger” [Which was done by getting a tip-off and showing up and peppering him with machine-gun fire]

As I’ve discussed before, here, the FBI’s efforts against the KKK were ineffective: FBI undercover agents helped the KKK with its campaign of crimes and terrorism, including one agent who participated as a liaison between the local racist police and the KKK, to arrange the Selma Bridge assault against protesters. Then, he went on to help organize, cover, and then investigate the Birmingham church bombing that killed 4 girls aged 11-14. [stderr] The fact that everyone in the US does not know the name Gary Thomas Rowe, and that the FBI still exists, is a national shame. It’s practically unbelievable that a law enforcement organization would get up to such shenanigans, but that’s the FBI. Remember: they’re still up to the same crap – Enrique Tarrio, the leader of the Proud Boys, is an FBI confidential informant – he would have been feeding the FBI the fact that a lot of right-wingers were showing up for an event January 6, but the FBI only gave lukewarm warnings to the Capitol police. They left the Capitol police hanging out to dry, while they hunkered down in their headquarters, which is a few blocks from the Capitol – studiously not lifting a finger to do a damn thing. That’s the FBI for you. Notice how nobody is talking about defunding the FBI? Why not? That’s a rhetorical question – the FBI would kill anyone who seriously threatened their existence, like they did Fred Hampton.

Once the various internet algorithms learn that you’re interested in the FBI’s malfeasance, it appears that they kick up more examples of FBI malfeasance. This is another one that was new to me. [reveal] 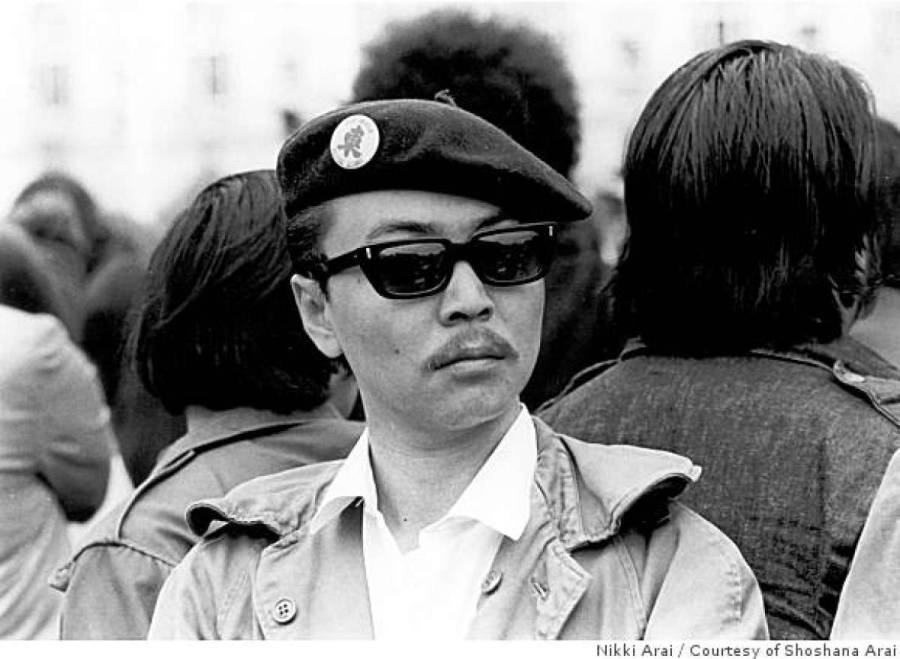 He was simultaneously an earnest supporter of the Black Panther Party, and an FBI informant. But that’s just the tip: he was the person who gave the Black Panthers their first weapons, and weapons training – right before they started getting involved in fatal shootings with the Oakland police. What do we call that? “Agent provocateur” comes to mind.

The man who gave the Black Panther Party some of its first firearms and weapons training – which preceded fatal shootouts with Oakland police in the turbulent 1960s – was an undercover FBI informer, according to a former bureau agent and an FBI report.

One of the Bay Area’s most prominent radical activists of the era, Richard Masato Aoki was known as a fierce militant who touted his street-fighting abilities. He was a member of several radical groups before joining and arming the Panthers, whose members received international notoriety for brandishing weapons during patrols of the Oakland police and a protest at the state Legislature.

If he had been arming the KKK, or teaching them how to shoot, he probably would have been just “going with the flow of public policy” but, in the case of the Black Panthers it is pretty clear that he was deliberately trying to get them killed.

But unbeknownst to his fellow activists, Aoki had served as an FBI intelligence informant, covertly filing reports on a wide range of Bay Area political groups, according to the bureau agent who recruited him.

That agent, Burney Threadgill Jr., recalled that he approached Aoki in the late 1950s, about the time Aoki was graduating from Berkeley High School. He asked Aoki if he would join left-wing groups and report to the FBI.

In a tape-recorded interview for the book in 2007, two years before he committed suicide, Aoki was asked if he had been an FBI informant. Aoki’s first response was a long silence. He then replied, “ ‘Oh,’ is all I can say.”

Asked if this reporter was mistaken that Aoki had been an informant, Aoki said, “I think you are,” but added: “People change. It is complex. Layer upon layer.”

It’s complex. Layer upon layer. But only as a result of his choices. I wonder why he did it – did he just hate Black people, or something? He grew up in one of the Japanese internment camps during WWII, I am surprised he was still a fan of state despotism. 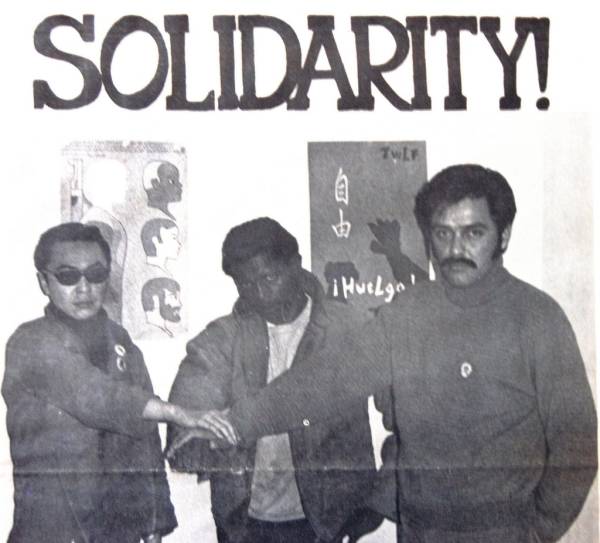 Aoki knew Bobby Seale and Huey Newton personally – he used to hang out with them all the time. It makes one wonder what involvement he had in Huey Newton’s murder. But, he shot himself so he’s not talking anymore, and – interestingly – according the the Reveal article, the FBI says they “don’t have a main file on Aoki” – which is obvious bullshit. They had a 60+ page file on Ike Turner, FFS, and Aoki was their inside man in the Oakland Panthers. Maybe what the FBI means is “we don’t have a main file, anymore”

I’ve argued before that the CIA are the world’s largest exporters of terrorism, and I am going to stand by that, but I’d like to add that the FBI is the largest supporter of domestic terrorism. I’m frankly surprised that we haven’t discovered, yet, that the FBI taught Ted Kaczynski how to make bombs. No wonder it took them forever and a tip-off to catch Kaczynski. What a combination of corrupt and incompetent!