My first reaction was “no way!” and so was my second reaction. I have no idea why Associate Director of the FBI James B. Adams would say such a thing. Was he telling the truth?

This information (and the screenshots) are from [muckrock]

In response to a FOIA request filed several months ago for the SENSTUDY 75 file, pertaining to the Church Committee, the FBI recently released a preprocessed file (apparently unable to provide even preprocessed documents within the time period required by the law) that includes excerpts of testimony from Deputy Associate Director James Adams addressing the Bureau’s involvement with, and failure to curtail, the KKK. Before finishing his first sentence in the excerpted testimony, Adams had offered somewhat misleading information in stating that the COINTELPRO efforts had been discontinued in 1971.

When you’re giving testimony to a congressional commission of enquiry, such as the Church Committee, you do not offer “somewhat misleading information”. You either tell the truth, or you don’t. In this situation, it’s difficult because if someone blatantly lies right off the bat, then should their remaining testimony be given any weight? 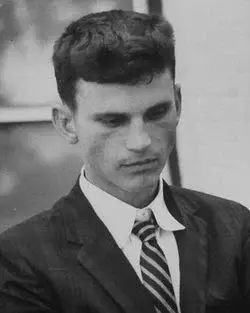 In my opinion, US law depends entirely too much on the outdated notion that people “under oath” will tell the truth. That idea seems rooted in left-over religion; i.e.: there is a god that will damn you to eternal hellfire if you lie after swearing you won’t. But lying after swearing you won’t is basic trade-craft in any politician – it seems incredibly stupid, to me, to continue with the pretence. You know, if there’s video of a cop killing a suspect, but the cop’s sworn testimony is that they thought they were pulling their taser but instead called in an air strike – we should believe the cop, in spite of many many instances in which cops lie – and lie badly. So, we are left with this testimony from a high-ranking FBI official, and it’s mind-blowing.

COINTELPRO – what the Church Committe was investigating – was a massive program in which the FBI violated all kinds of laws by penetrating organizations with undercover agents. Like Gary Thomas Rowe [stderr], who (I remind you) was an FBI undercover agent in the KKK, who participated in the bombing of the 16th st Baptist Church in Birmingham, Alabama, that killed 4 Black children. He also helped organize (and wielded a stick) the beating of Freedom Riders. In my opinion, that’s taking realism a bit too far. Another FBI undercover agent that was part of COINTELPRO was involved, though peripherally, in the Weather Underground’s bomb-making factory explosion [fbi] that blasted a New York townhome into rubble and disintegrated a few people. The FBI’s page on Weather Underground bombings does not focus on that event, drily:

Key to disrupting the group for good was the newly created FBI-New York City Police Anti Terrorist Task Force. It brought together the strengths of both organizations and focused them on these domestic terrorists. The task force and others like it paved the way for today’s Joint Terrorism Task Forces—created by the Bureau in each of its field offices to fuse federal, state, and local law enforcement and intelligence resources to combat today’s terrorist threats.

By the mid-’80s, the Weather Underground was essentially history. Still, several of these fugitives were able to successfully hide themselves for decades, emerging only in recent years to answer for their crimes. Once again, it shows that grit and partnerships can and will defeat shadowy, resilient terrorist groups.

I don’t think I’m being unduly hard on the FBI when I ask, “if the reason you penetrated these organizations was to prevent terrorism, why did your agents-in-place do nothing or participate? Isn’t the idea that they’re going to warn someone so that the radicals can be stopped?” I will note, again, that this same dynamic played itself out with the Capitol riot: the FBI was (supposedly) calling and warning law enforcement agencies in the area but, with their headquarters several blocks away, the FBI couldn’t manage even a token response force until things were thoroughly too late. Remember: these were the cheesebrains that were listening in on the Proud Boys’ communications and the leader of the Proud Boys was one of their informants – apparently the way the FBI fights terrorism is by watching it happen and taking notes. The Church Committee was interested in the many blatantly illegal things the FBI did, not the effect of those things, but honestly I am shocked that there is still an FBI. And the fact that FBI officers and agents weren’t being led away in handcuffs tells me a lot – it tells me that the police can’t police themselves, let alone anyone else.

Let’s go back to Adams’ testimony:

The law was ineffective? Well, that’s a weird way of framing it. Considering, again, that the FBI had a huge amount of information regarding what was going on inside the Klan. Remember, this is the FBI – the guys who shut down John Dillinger in a hail of bullets, and busted Al Capone. Of course a lot of that was propaganda produced by its self-aggrandizing director, but the FBI did have capabilities – it just didn’t use them. Once again, its response to domestic terror was to stand around with its arms crossed, observing and preparing to participate in the inevitable blame-game.

This is the same Rowe that I mentioned earlier:

There has never been any evidence released that indicates that Rowe actually told the police anything about what was going to happen. He was in the middle of planning a bombing that eventually killed 4 people, and he also helped organize a beat-down of protesters – we are to believe that he was informing his bosses at the FBI and they were just standing around because local authority was not willing to act. I’m short on words for this. When someone says a thing “beggars the imagination” I think I know what they mean. Again, “why is there still an FBI?” comes to mind. Then comes this rather incredible statement:

20% of the Klan was working for the FBI or were actual FBI agents? What the fuck? If 20% of the organization had suddenly announced “that’s it – I quit” it probably would have shot-holed the KKK below the water-line. Instead, as the Committee questioner sensibly asked: the FBI significantly added to the KKK’s recruitment drives.

That’s quite the understatement. But still there is no “given that you so massively penetrated the KKK, why is there still a KKK and how were they able to break wind without someone knowing about it in advance?” Sure, the Alabama fucking racist police weren’t going to stop the KKK – because they were probably the rest of it. Or something like that. Except they were ideologically aligned with the KKK not their sworn duty as police officers.

“So you really weren’t doing a whole lot to prevent that incident by telling the people who were already a part of it.” Why is there still an FBI? Is it possible that the organization can’t be shut down because they’re entirely staffing Al Quaeda or ISIL? What a sick joke. Hey, maybe the mob that broke in to the Capitol was 20% FBI undercover agents. It’s almost a certainty that there was at least one; it appears they pulled Tarrio out deliberately beforehand – they probably didn’t plan to “burn” him but they probably didn’t care much either way.

There are calls to “defund the police” (which is generally a good idea) why are there no calls to defund the FBI? They aren’t effective anti-terror; they appear to create more than they resolve. Remember that it was FBI’s dishonest and violent actions at Ruby Ridge and Waco that set of Tim McVeigh, the Oklahoma City bomber. [I am not saying that the FBI’s actions were entirely wrong, and I am certainly not saying McVeigh’s were in the least bit justified, but the FBI’s actions made easy conspiracy-food for an anti-government kook] Tim McVeigh was their kinda guy.