Trolley car experiments seem to be a rich topic for “memes.” 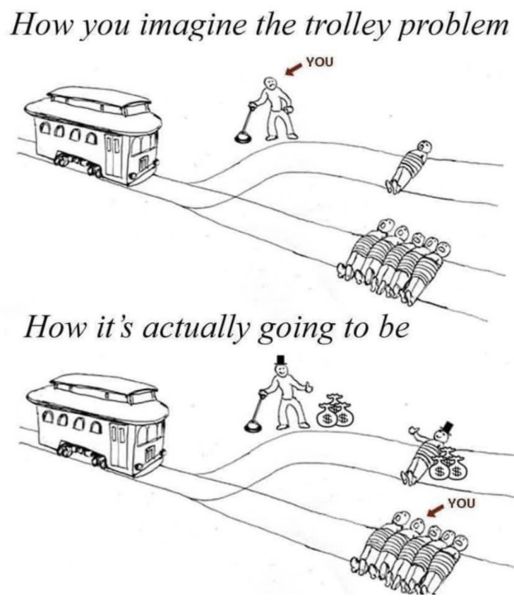