The United Nations needs to quit, and reconstitute itself without its structural flaws – namely the US, Russian, and Chinese veto. That’s an embarrassment and the veto reveals that the nature of the body to be a puppet, always trumpeting the interests of the rulers of the world.

This is from: [counterpunch]

The United Nations General Assembly on June 23 overwhelmingly approved a Cuban resolution condemning the U.S. economic, commercial, and financial blockade of Cuba, in place for 60 years, The Assembly has done precisely that every year since 1992, except for 2020, when the vote was postponed because of the COVID-19 pandemic. The vote this time was: 184 nations approving; two opposing, Israel and the United States; and three abstaining, Colombia, Ukraine, and Brazil.

All along, the United States and Israel have opposed the resolution, alone on ten occasions, especially since 2010. One or two other nations occasionally joined them, often the U.S. dependencies Palau and the Marshall Islands. 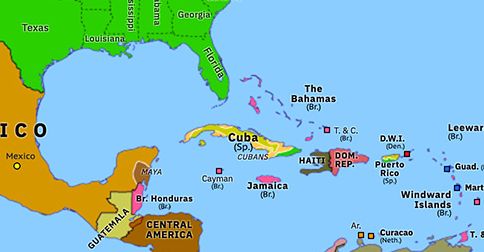 “so close it ought to be ours”

How soul-crushing it must be, to have basically the entire world agreeing with you, then the US and Israel say, “nah, because we can.” The vote reveals the US’ dishonesty (relying on a ‘voting body’ that is has trapdoored, a familiar trick) and cruelty. The US has no rights over Cuba, and that is the point: the US’ actions are profound multi-generational resentment over Cuba’s refusal to surrender and become a ‘protectorate’ like Puerto Rico or the Virgin Islands. There’s no basis in rights for the US’ resentment, except that Cuba’s awfully close, therefore it ought to belong to us. That’s straight-up imperialist reasoning, and the way the US continues to stand alone in the world, against the rest of global opinion, is obvious.

The fact that we have no US president and few politicians who speak out against this, says a lot about the kind of people that control this country, and nothing whatsoever about the Cubans. I think the whole sham “we’re doing this because Cuba is socialist” is wearing pretty thin, too. Recent events have convinced me that most American politicians don’t know what socialism is and probably can’t spell it, either.

Israel. Pfff, what a lap-dog.