In Zen practice, a koan is a puzzling question or comment that a student is given to meditate upon, usually intended to help them break out of dualist-mode thinking.

When I was in college, I was a big fan of Paul Reps’ Zen Flesh, Zen Bones [wc] – it was the 70s and Zen was in the air, along with a lot of cheap patchouli oil. But, I thought about koans, and decided that one of them was mine, spending several decades thinking about it. It’s got a lot to do with my linguistic nihilism – a lot of koans appear to be language-games (like some of Heraclitus’ observations about stepping in rivers) dependent on how we use words, not how we understand them. For example:

That’s not really an example of a koan, so much as it’s an illustration of how word-games can drive a person toward rejecting language as a tool for communication. But that’s another posting [stderr] – lately, I have been thinking up another koan. To be honest, it started as a “blonde joke” and I began deconstructing and reconstructing it to remove one of its central features: the idea that this particular person is stupid, for some reason. Obviously, that needs to be changed. Yet, making bad decisions in spite of their obviousness is an important human feature that we should all contemplate.

With apologies, for illustration’s sake, this is the original version:

A blonde is walking down the sidewalk and sees a banana peel in front of them. “Oh, no, I’m going to fall down again!” she says.

I simply pared it down to:

A person is walking down the sidewalk and sees a banana peel in front of them. “Oh, no, I’m going to fall down again!” they exclaim.

That captures it, I’d say: the inevitability of our bad decisions in spite of the obviousness of the situation. It seems that humans not only play on the railroad tracks, they like to stare in hypnotized stupefaction at the totality of the train that is bearing down on them. I live in deer country, and deer do the same thing; I saw one watch a UPS van bear down on it, then finally it jumped into the opposite lane and was hit by an oncoming car from the other direction. That’s also something worth thinking about – the old “out of the frying pan, into the fire” – sometimes our attempts to evade situations result in something much worse.

The International Energy Agency (IEA) is predicting a major surge in CO2 emissions from energy this year, as the world rebounds from the pandemic.

Total energy emissions for 2021 will still be slightly lower than in 2019, the agency says.

But CO2 will rise by the second largest annual amount on record.

The use of coal in Asia is expected to be key: the IEA says it will push global demand up by 4.5%, taking it close to the global peak seen in 2014.

Good god, what is wrong with the stupid fucking humans? We are already on track (as I predicted 2 years ago, but now scientists are confirming it) for more than a +2C temperature rise – which is going to have absolutely horrible consequences. My fear (or should I say: prediction) is we’re looking at more like +4C or even +5C, which is going to be a nightmare scenario, similar to the Permian/Triassic extinction event. 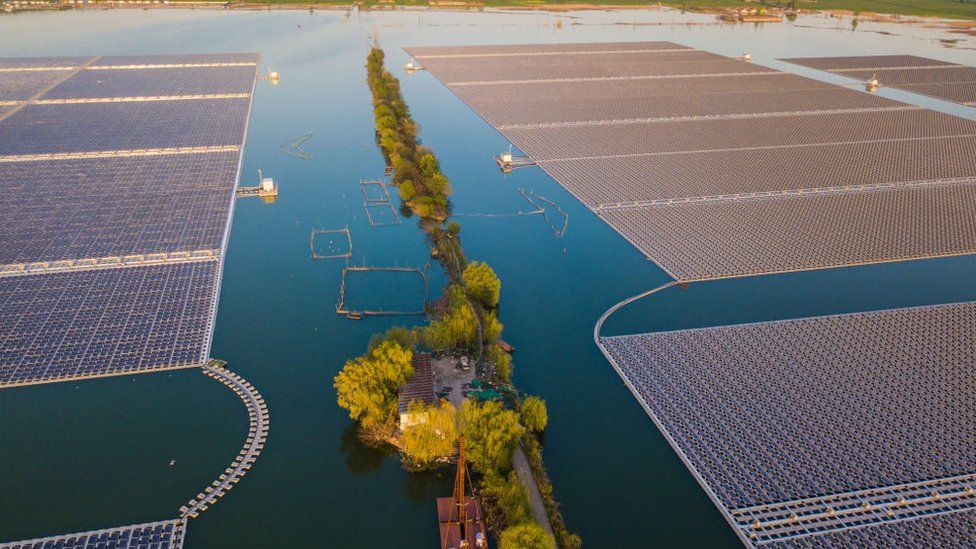 I guess it won’t matter, but (as you know) I’m not a nationalist, so I don’t care to play favorites in the coming disaster. But, meanwhile, the United States is demonstrating conclusively that it has no secret grand strategy for world domination: it’s subsidizing its dying fossil fuel industry and trying to keep coal mining alive, while allowing China to continue improving its production of solar panels, windmills, and batteries. It’s as if the leaders of the US managed to learn absolutely nothing from establishing its dependency on petro-states, it’s going to allow itself to get on the back foot regarding green energy. If the US is going to survive as a political entity, it’s going to have to develop a domestic strategy for green energy, and stop spending its money on political junk-food like F-35s – and it’s going to have to do that, hmmmm, maybe 20 years ago, at the latest.

Our leaders, pushed by growth-hungry people desiring to become part of the luxury class, will not take their foot off the gas until it’s completely too late. That’s one problem with having leaders that are all gerontocrats: they’re going to die off and, as they do, they’ll shrug, “not my problem anymore.” Good luck, future generations, enjoy your extinction event.

Picture our character walking quickly down the sidewalk, their foot raised above the banana peel, thinking “oh, no, I’m going to fall down again!” Their foot is already coming down, their weight shifting forward – there is absolutely nothing they could do to avoid a fall, even if they tried. But they aren’t trying.