When I was a kid I remembered looking at jewelry in museums listed as “lost wax process” and naturally I wondered how they knew it was that process, if the process was lost. It turned out, of course, that it’s the wax that’s lost in the process, not the process being lost, itself.

Once I’ve cast and chiseled runes onto a set of axe-head ornaments, I put a bit of acrylic glue on the bottom of the wax and glue them down to the counter-top. It’s a good glue for that purpose since it doesn’t hold very well and peels off the wax easily, but it keeps the waxes from shifting around in the investment. 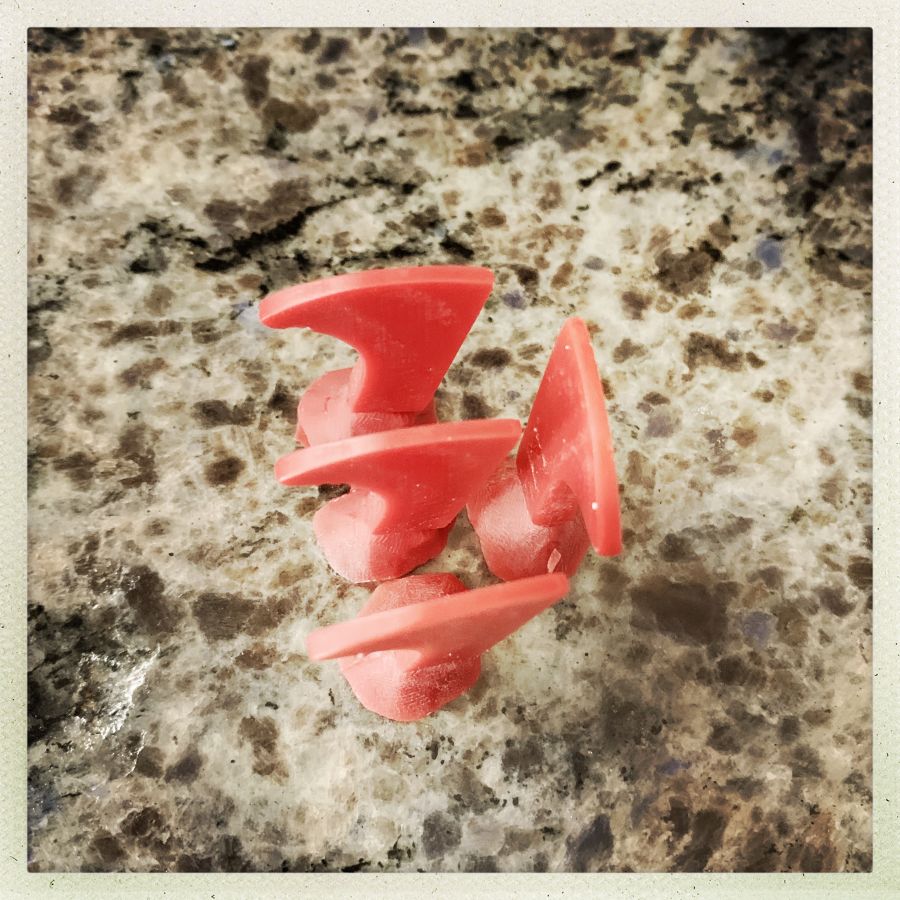 Eventually I will rig my set-up with a vacuum for casting. When you do that, you need flasks that have holes in the side (wrap with tape when you pour the investment in, unwrap when it’s cured) for the vacuum to pull on. In the meantime I use stainless steel pipe connectors that I cut in half with Mr Happy Dancing Bandsaw. They’re cheap and they have a nice flange at the bottom which accepts a thin bead of vaseline to keep wet plaster from having an unauthorized excursion. 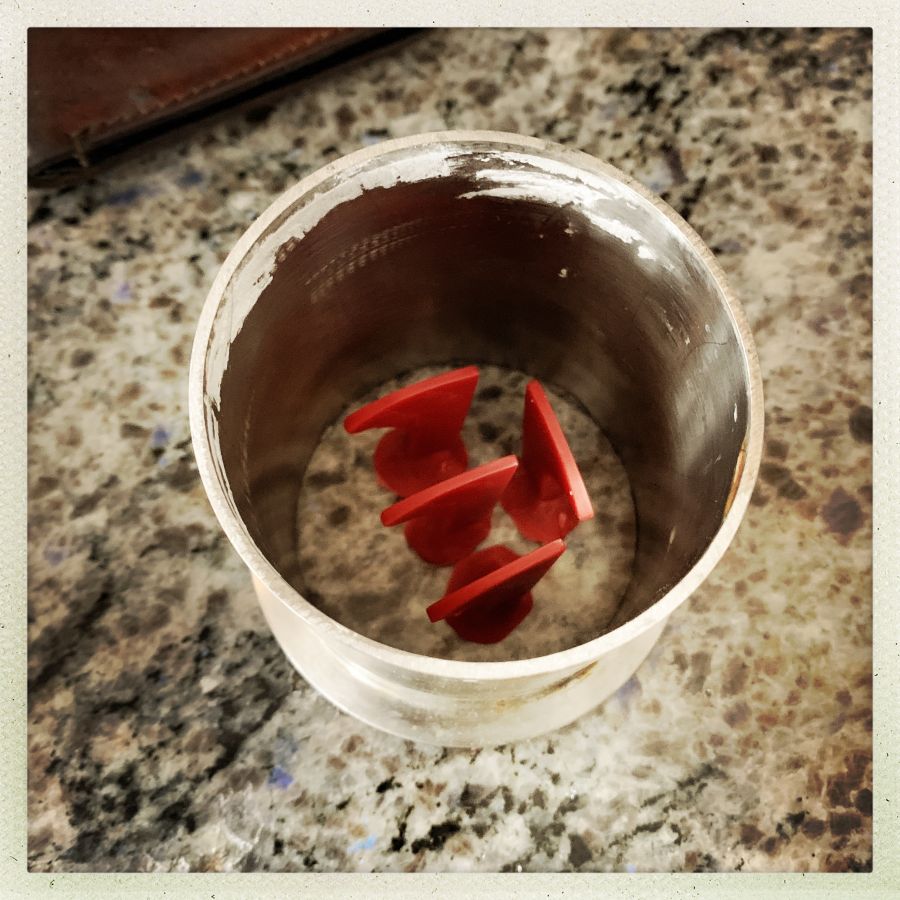 They may be a bit close together. But, we’ll see. It only has to hold up once.

Since I don’t have the forge rigged up yet, I can’t smelt anything, so I’m just storing investments with the wax in them, ready to be melted out (the “lost”) part. My current melting-out process involves putting the wax end down on a paper towel and putting the thing in the oven at 350 for an hour. That is emphatically not the “burn out procedure” documented on the side of the package of investment, but it’s been working OK for me so far. When you get to closed molds with tighter sprues you need to worry a lot more about moisture in the investment and thermal differences. Eventually I’ll hook my knife thermal treating oven up and then I can use that to precisely burn out wax and/or even to melt some alloys if I need precision temperature control. 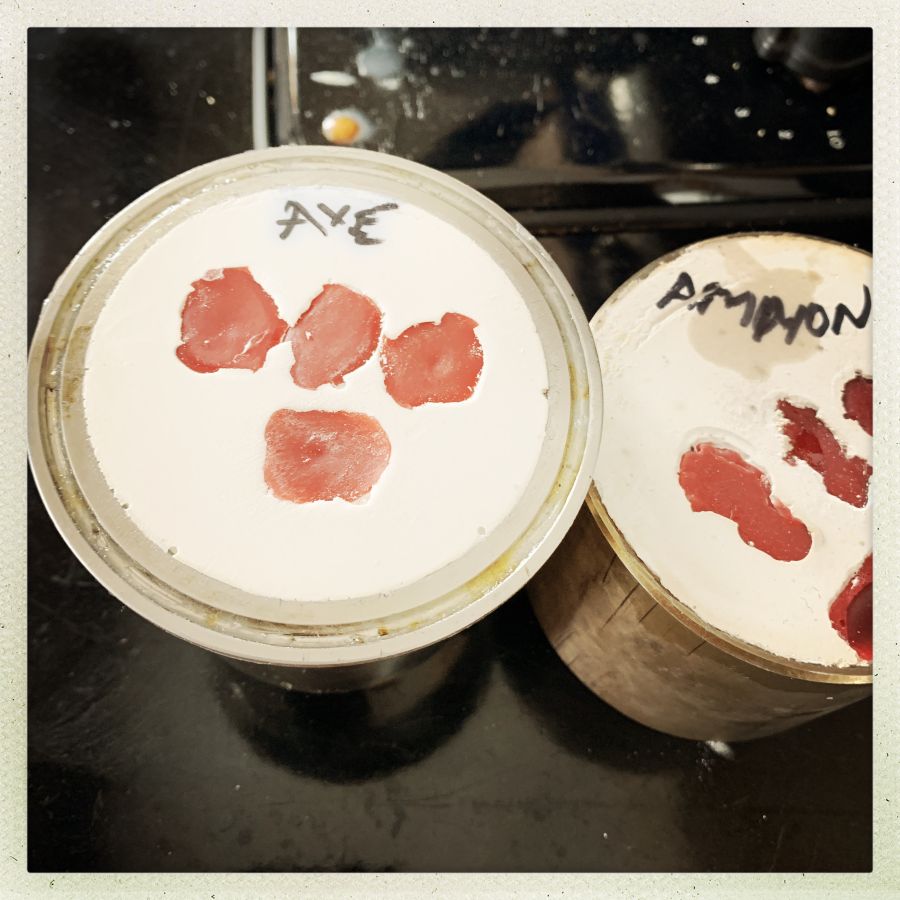 I’ll be glad to get that process out of my kitchen oven, since even a small bit of wax on an oven rack makes a great deal of smoke, according to Mr Very Alarmed Smoke Alarm.