It was a friday night and I had planned dinner in State College with a friend, but she couldn’t make it so I stayed home and played computer games.

Elite: Dangerous had just added a refueling mechanic to the game, my mind was wandering, and I remembered a cartoon I saw when I was a kid, titled “Desert Rat” which was a rat in an Australian slouch hat, standing in front of a bunch of jerricans with a sign reading, “water, $5” – it was a brain fart, really. That’s how the Fuel Rats happened. I got in chat with one of my in-game hunting buddies and said, “Hey, I was thinking… What if we started a group dedicated to refueling beginners who run out of fuel outside of stations?” That was May, 2015. I never thought Elite: Dangerous would last so long, and I certainly never thought the Fuel Rats would be more than 4 or 5 bored gamers rescuing people for a while until the game died or they got bored. 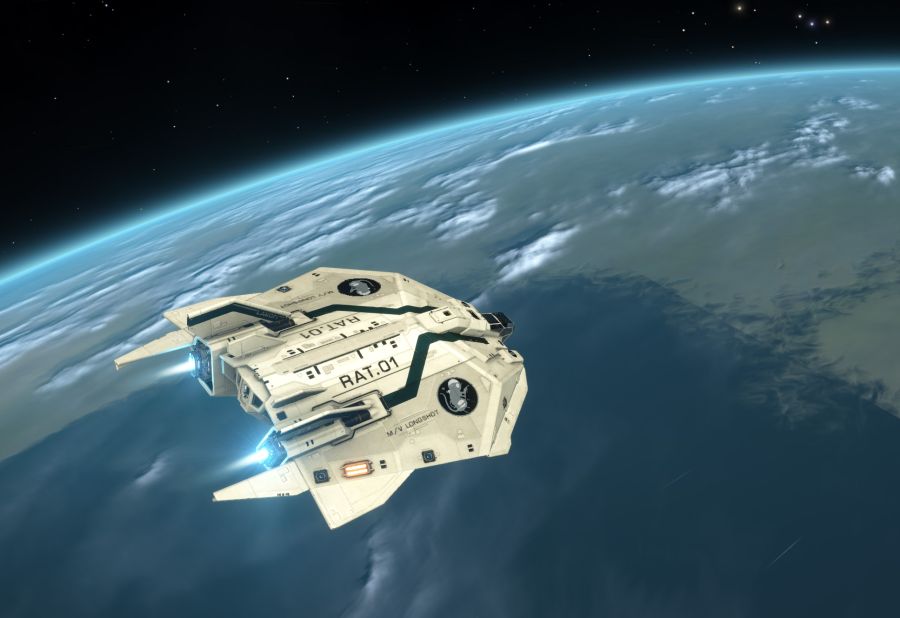 Showing the in-game Fuel Rats logo, which Frontier did special as a “thank you” to The Rats. The folks at Frontier didn’t think ship names and logos were important. Blockheads like that should not make games.

I recall thinking, at the time, that it was a sort of experiment in existentialism: we’d try so hard because it was so unimportant. I’m chalking a lot up to the amazing logos that two of the rats (robinjb and cmdr father cool) developed. Coincidentally, I have been listening to the audiobook of The Rise and Fall of The Third Reich (with excellent narration by Grover Gardiner) and Shirer credits a lot of the nazi party’s early rise with the red, white, and black swastika logo. Shirer’s claim is that brilliant propaganda really matters. I’ll also note something I learned, which is that Hitler composed the white circle, red background, black hakencreuz design, himself. Shirer thinks he was some kind of genius.

The Fuel Rats are going strong and have maintained the tradition of bragging themselves up, which was our original marketing campaign. We used to tell everyone we rescued, “repay us by telling the story of your hair-raising rescue” and it worked great, especially when gaming journalists heard about what was going on. An anti-griefer group? Wow! Nowadays, of course, the griefer lobby would get the FBI investigating us because we were anti-something.

The Fuel Rats Art Collective specializes in creating and displaying Fuel Rats-related art [frac], and had a poster contest for the 100,000 rescues, which I was honored to be a judge for. I also agreed to literally dust off my old silicone molds for the medallion-plaque (Logo by CMDR Father Cool, CNC by Scott Conti) and cast a gold, silver, and bronze version for the winners. Congratulations to them! 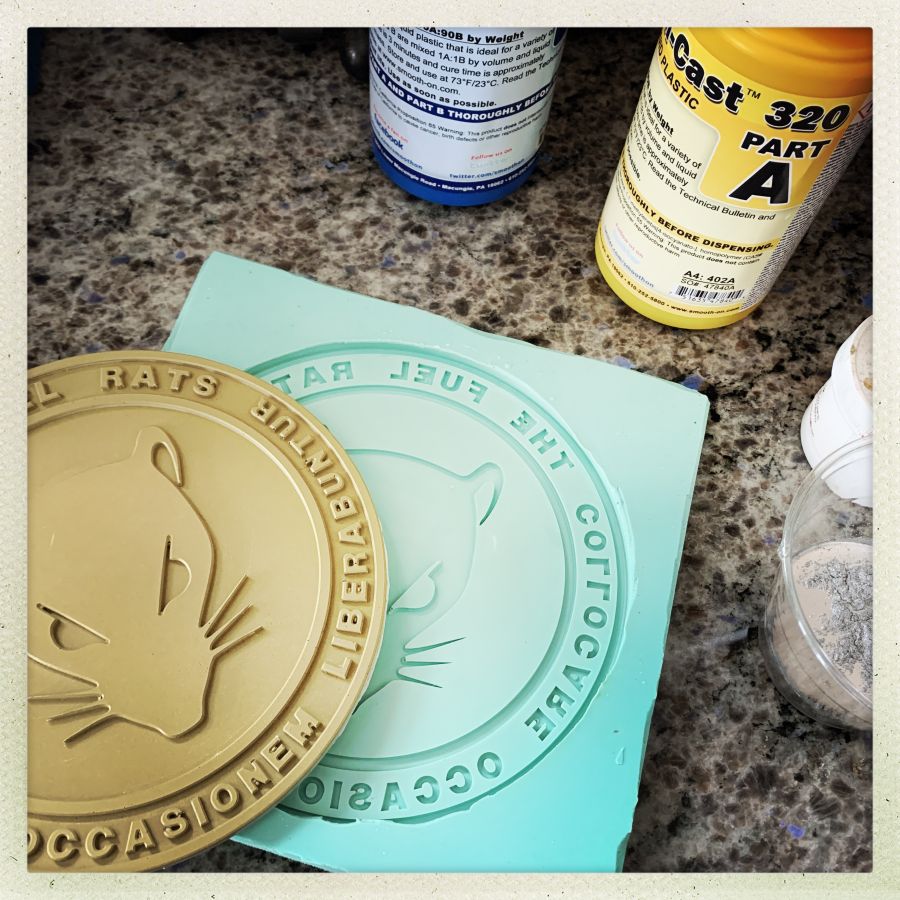 Sometimes, I feel bad about quitting Elite after 3 years, but the truth is that the Fuel Rats were deliberate injection of difficult, exciting, social action built around bugs in the game’s own event synchronization system. In an otherwise fairly boring game, we made our own excitement and thrilling stories.

Meanwhile, I finished Cyberpunk 2077 and I’m impressed but disappointed. It feels like a Stephen King book: lots of good build but then, when he hits the contractually required minimum number of words, he throws in a deus ex machina ending and calls it a wrap. I was literally stunned by how they threw the plot away; it had the potential to be interesting but ultimately it wasn’t. “Hey lets just blow stuff up and have a boss fight and then end it.” Oh, sure, great. And the boss wasn’t even fully-developed as a character, so I felt sympathy for him as I easily dispatched him with a few huge bullets to the head. Gaming can do better than this, especially when I finished playing Horizon Zero Dawn earlier this year, and Ghost of Tsushima this summer – both of those were games without tremendous pretensions that chose their target and hit it perfectly and fully.

The problem with the gaming industry is that it’s making mostly the same mistake Hollywood made with movies: the premier games/titles are so big and expensive that they have to succeed, or the studio may not survive making a clunker. So instead of reining in the budgets, they swing for the fences in an ever-riskier game of “Darwin’s game company.” That’s also an effect of the console manufacturers (Sony PS5 I’m looking at you) which keep coming up with new versions of not-backward-compatible hardware that have tons of features that must be coded-to, which drives up the cost of premier titles. At this point (my eyes are not good) I don’t care about the difference between 3K gaming and 4K gaming as long as the frame rate is smooth and the game is interesting. Squeezing every last bit of power out of a next-gen platform means that you don’t have an interesting plot or well-drawn characters or exciting artwork – it should be a warning. Meanwhile, the big console makers (Sony PS5 I’m looking at you) don’t worry about backward compatibility because we’d discover that Parappa The Rapper is pretty great, in spite of its cheesy graphics, on a PS2 or a PS5 and maybe we don’t care to buy the over-priced stuff the studios are producing. Mostly these days I play indie games or low-budget games. Theres a ton of great creativity in games like The Sexy Brutale [stderr], Stardew Valley, or The Outer Wilds.

Meanwhile, I watched Anna playing Animal Crossing and all I could do was wonder in amazement at how well Nintendo knows their market and targets their games perfectly for the market they want to serve. It’s a brilliantly designed game, for what it does, and it’s making a ton of money. Good for Nintendo!