The surveillance state would like us to believe that it’s there for our protection. But, it’s rather obviously not – either because it’s really there for political control, or it’s too incompetent. I can’t decide which.

In the finger-pointing that’s resulted from the attempted republican coup January 6, the FBI has joined in the waffling-about, changing its story from “we didn’t know!” to “we warned them!” to “tell you what: we’re going to find and prosecute all of the insurgents that are not politically well-connected.” It is becoming increasingly obvious that the Trump administration was orchestrating the assault, including supporting it financially through multiple-layer cut-outs. You know, the way that the republican wingnut fringe claim that George Soros supports leftist protesters and “crisis actors”? Just like that, except real. 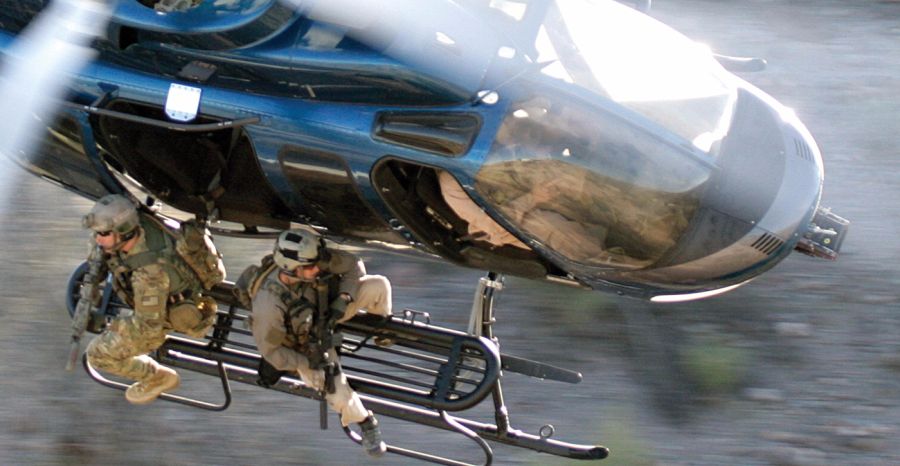 From where I sit, it looks like a mad scramble to figure out whose fault it is, which is stupid: it’s a conspiracy and with conspiracies it’s a bunch of people’s fault. Including the FBI’s. Over time we’ll learn more but it appears that the FBI did know what was coming, thanks to their expensive and extensive software backdoors in social media: [nbc]

WASHINGTON – The FBI and the New York City Police Department passed information to U.S. Capitol Police about the possibility of violence during the protests Wednesday against the counting of the Electoral College vote, and the FBI even visited more than a dozen extremists already under investigation to urge them not to travel to Washington, senior law enforcement officials said.

I’m a skeptical and nosy person and I’d like to know which dozen extremists were urged not to travel to Washington, and how that worked out. Did they go anyway? There sure were a lot of armed extremists there. But this illustrates the problem with advance intelligence: it doesn’t matter if you know something is going to happen if you don’t do anything about it. Prior to 9/11 we now know that Egyptian intelligence notified the CIA that a plot was afoot, and that senior FBI investigators also notified their management chain about unqualified pilots trying to learn how to fly big commercial jets. All of that information was ignored, until it was thoroughly too late.

In the case of the Jan 6 insurgency:

The previously unreported details undercut the assertion by a top FBI official that officials had no indication that violence was a possibility, and they add to questions about what intelligence authorities had reviewed before the Capitol riot, which led to the death of an officer and four other people, including a rioter who was shot and killed by police.

“Social media is just part of a full intelligence picture, and while there was First Amendment-protected activity on social media to include some people making threats, to this point, investigators have not found that there was an organized plot to access the Capitol,” a senior FBI official said.

… See what I did there? I just did the same maneuver that the FBI has been pulling, to illustrate something. So, the FBI is a national police force consisting of lots of well-armed and thoroughly violent dudes, headquartered in Washington – and they knew something was coming and they desperately want to shift the discussion to why the National Guard did nothing, when the FBI which was analyzing a massive interstate crime spree about to happen, did not have any crisis response troops standing by? The FBI even has its own small army called: [fbi] 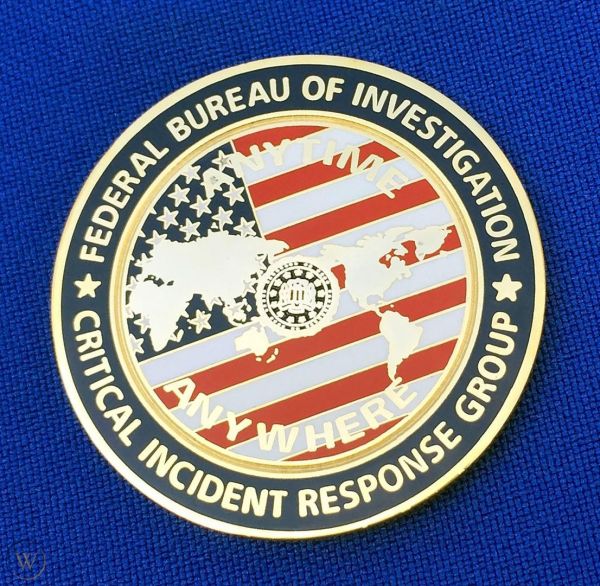 “any time any where”

The Critical Incident Response Group (CIRG) was established in 1994 to integrate tactical, negotiations, behavioral analysis, and crisis management resources into one cohesive structure to facilitate the FBI’s rapid response to critical incidents. As the Bureau’s mission has expanded over the years, so have CIRG’s responsibilities, but the premise behind its formation remains. Today, CIRG, which has a motto of Proventus Per Adparatus – Success Through Readiness – has grown into a “one-stop shop” that provides expertise in the following fields:

Apparently when the FBI warned those dozen or so extremists, to stay home they didn’t say “… because we’ll have our CIRG guys there ready to kill a bunch of you and arrest the survivors.” Yes, the Trump administration screwed around with the DoD to get loyalists there to make it harder to deploy the National Guard, but the conspicuous inaction of the FBI is a serious issue that needs to be looked into. The FBI page on CIRG goes on into deep territory of irony:

The FBI considers special events to include significant domestic and international activities that may attract a potential threat to national security or attract significant criminal activity for which the Bureau has jurisdiction. CMU’s special events program plans, coordinates, identifies, and deploys appropriate Bureau resources to address these potential threats. Examples of events which meet these criteria include the Super Bowl, the Olympics and Paralympics, presidential inaugurations, presidential nominating conventions, and events designated by the Secretary of Homeland Security as either a National Special Security Event or awarded a Special Event Assessment Rating.

Also, the FBI carefully danced around the “first amendment protected activity” without addressing the fact that the DOJ has been treating ANTIFA and BLM as “left-inspired terrorism” because, you know, that side of terrorism is a lot worse and more worth worrying about. They’re pretty enthusiastically slamming the barn door now that the equine has egressed, but that’s all part and parcel with FBI’s long-term anti-communist stance (J. Edgar Hoover was a bit of a nut on the topic) and disinterest in shutting down the KKK. Did you catch that subtle “first amendment protected activity”? I.e.: it’s OK to say whatever you want (with no 4th amendment protections, natch) but planning political violence is not now, and never has been, protected free speech.

I’m afraid that the best the FBI can get away with is to say “our risk assessments were bad; we thought that these guys were just a bunch of blowhard idiots” you know:

“You can go to Washington on Jan 6 and help storm the Capitol,” an 8kun user said Tuesday, a day before the siege. “As many Patriots as can be. We will storm the government buildings, kill cops, kill security guards, kill federal employees and agents, and demand a recount.”

Remember: the FBI are able to monitor all those conversations. They were able to see who was planning to go where, when. They have all that information. And more: [nyt]

Two days after the Capitol riot on Jan. 6, Jackson Reffitt’s father, Guy W. Reffitt, returned to the family’s home in Texas. He told his son that he had stormed the Capitol, according to an F.B.I. affidavit.

Then his father leveled a threat: If Jackson, 18, reported him to the police, he would have no choice but to do his “duty” for his country and “do what he had to do.”

In interviews with investigators, Jackson Reffitt said his father told him: “If you turn me in, you’re a traitor. And you know what happens to traitors. Traitors get shot.”

But he had already reported his father to the F.B.I. weeks before the riot.

Guy Reffitt’s wife told investigators after the riot that he was a member of the Three Percenters, a far-right militia group, according to the affidavit.

It’s complicated for me to figure out who’s the traitor who needs to get shot. But the main point is that the FBI knows that the Three Percenters are a violent militia, and apparently the FBI couldn’t be arsed to see if Pere Reffitt was actually planning something. This is 9/11-style incompetence from the surveillance state. Remember, they keep telling us that they need to encroach all over privacy in order to prevent another 9/11, but when the chips start to come down, they allegedly make a few phone calls but nobody calls up the cavalry.

The young man saw something, and said something, but he might have just as easily shouted down a well.

The FBI is making a bunch of arrests as a smoke-screen to cover its incompetence or its reluctance to get involved. We need to carefully watch those arrests and see if they turn into convictions and prison time, because I’m afraid they’re going to be like when cops get charged: suddenly all the evidence gets tainted, witnesses aren’t available, and the perpetrator gets to walk.

For certain, since the FBI apparently does not know how to use all its fancy helicopters and guns, those should be taken away, sold, and used to fund community support organizations. The FBI aren’t just another bunch of cops that need to be de-funded, they’re some of the worst and most intrusive cops, and they’re incompetent as hell when they’re not playing electoral politics like that self-righteous Jim Comey, whose relentless e-mail investigations of Hillary Clinton had a lot to do with how Donald Trump became president. 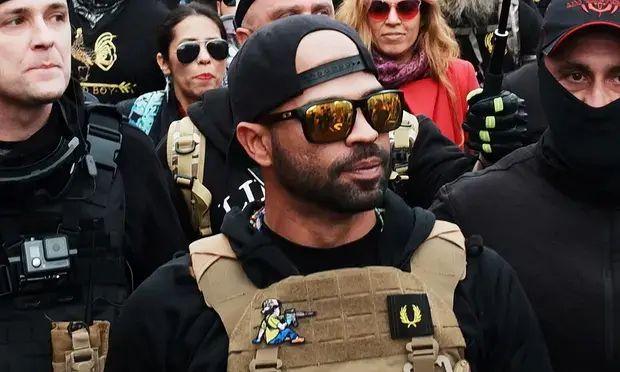 Either way, did needs a higher caliber of friends

It is absolutely a safe bet that the FBI has insiders in some parts of Antifa, as well as the various wingnut proto-fascist militias. In fact, that turns out to be an even safer bet because the FBI just disclosed that the leader of the proud boys has been a long-term FBI informant. How embarrassing; he seems to be the kind of sociopath who’ll dime out anyone – even if he has to provide the dime. [guard]

Law enforcement officials and the court transcript contradict Tarrio’s denial. In a statement to Reuters, the former federal prosecutor in Tarrio’s case, Vanessa Singh Johannes, confirmed that “he cooperated with local and federal law enforcement, to aid in the prosecution of those running other, separate criminal enterprises, ranging from running marijuana grow houses in Miami to operating pharmaceutical fraud schemes”.

So, with jackasses like this guy on the take, and him being picked up by local DC law enforcement ahead of the insurrection, (no doubt with data from the FBI’s “fusion center”) it gets harder to believe that the FBI weren’t able to more thoroughly warn the Capitol Police and get their own cavalry saddled and booted up. [miamiherald]:

The FBI on Tuesday said Washington, D.C., police arrested the Miami-based leader of the far-right Proud Boys days before the deadly riot at the U.S. Capitol because they had developed information showing he was among those planning to incite violence as Congress voted to certify the presidential election.

“We developed some intelligence that a number of individuals were planning to travel to the D.C. area with intentions to cause violence,” he said. “We immediately shared that information and action was taken, as demonstrated by the arrest of Enrique Tarrio by the Metropolitan Police Department the night before the rally.”

Why were there no FBI gun-toting cowboys hanging off of helicopters, rushing in to save the day on the 6th? Could it be that the DOJ is also compromised? It sounds like some needs to look at someone’s emails. Maybe Jim Comey’s available.

Disarm the FBI; they can just use the telephone. Useless buncha expensive gits.