In the midst of political uncertainty and financial chaos resulting from a pandemic, the pentagon has been busily soldiering on, throwing vast amounts of money toward whatever it wants.

The Trump administration and congress/lobbyist community have broken new ground in procurement corruption by simply ignoring the idea that there are budgetary constraints, or even a budget at all. They’re just spending money like the proverbial cocaine-snorting record executives of the 80s. Except they spend more money in an hour than the total cost of all the cocaine that went up record executives’ noses in the entire glam rock era. [not intended to be a factual statement] It’s tempting to throw a bunch of metaphors and aphorisms into a blender on “frappé” and talk about fiddling while Rome burns, or something like that, but l’air du temps just gives me a splitting stress headache.

To recap: the F-35 is finally starting to have a role in the modern battlefield, and according to everyone who has spent a ton of money buying them, they fly and are able to drop ordnance on defenseless insurgents. They might even be effective in larger battles where state of the art air wings duke it out, assuming that conflict of that sort happens and is not preceded by a great big lopsided beat-down. (which it would be) The F-35’s stealth apparently works OK and it’s a credible first-strike weapon, kind of. Meanwhile, there is the F-22, which is a plane that’s so expensive and high-maintenance that supposedly they stopped making them and weren’t going to make any more, but then the money-valve got jammed open and the defense establishment started thinking “Maybe we could make some of those again and sell them for petrodollars and sell a bunch to Israel because they asked nicely.”* Remember, these aircraft would be sold to regimes that have already found it difficult to maintain a flying air force of F-16s, let alone 4th generation stealth hangar queens. So, the state of play is that the US has a “troubled” program – the most expensive weapons system in human history – coming in on a wing and a prayer, which means it’s time for the air force to secretly begin developing another fighter jet. 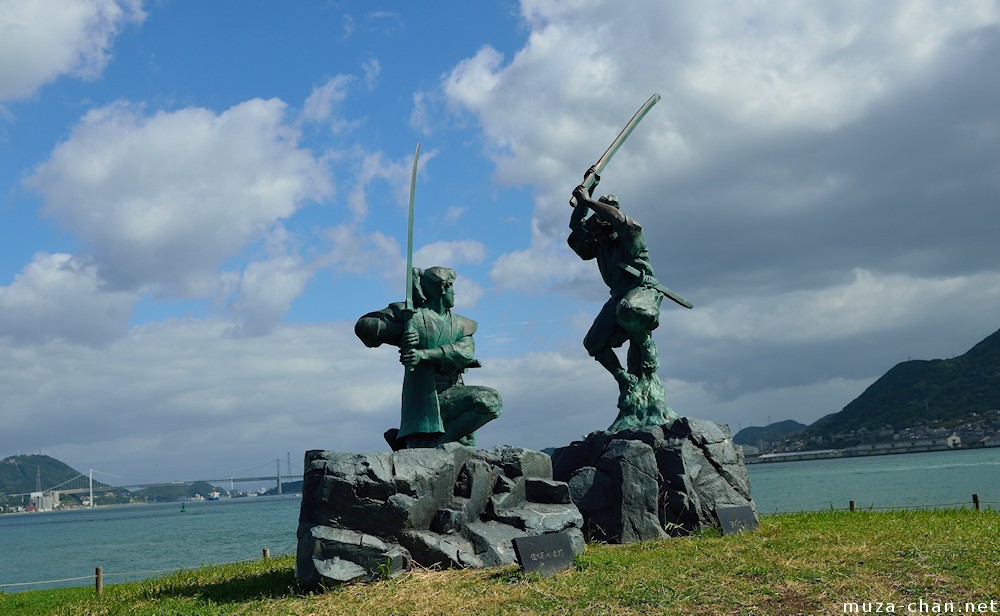 Statue of Kojiro and Musashi in Shimonoseki

Meanwhile, the situation on the ground (or, as they say “in the real world”) is increasingly muddied by drone warfare. Drones are now available in a wide range of sizes, stealthiness, loitering ability, and how many knife missiles they can carry. The cat is thoroughly out of the bag in that department, and military technology appears to be heading toward a crossover-point in which manned air superiority is a relic of The Battle of Britain. For example, in the current conflict between Armenia and Azerbaijan, there are tiers of relatively inexpensive drones over the battlefield. Some are “loitering cluster munitions” – a big prosumer drone carrying a brace of hand grenades – and others are stealthy snipers that carry a single anti-tank missile. Tanks, being optimized for tank-versus-tank battle circa WWII, are locked in a horizontal battle-space and have weak armor on the top, and are hardly stealthy. When your expensive tanks take to the field and start dying randomly from an invisible enemy, it’s really demoralizing to all of your forces. [beast]

Kamikaze drones purchased from Israel have been used to devastating effect by Azerbaijan. These small craft also known as loitering munitions are able to surveil targets including tanks, artillery installations or troops before blowing themselves up. Larger Turkish drones are also flying high above the disputed region and launching missile strikes.

Sure, it’d be important to be able to storm over the battlefield in a stealth jet, and directly drop cluster bombs on all the unfortunates on the ground, but we may be at a tipping-point where conventional forces are just targets and are not cost-effective. I don’t buy the argument that “our men are tough and laugh at explosive death raining on them from the sky.”

In an interview with The Daily Beast, Suren Sarumyan, a spokesman for the Artsakh Defense Ministry, claimed that the Republic of Artsakh has been able to shoot down several drones but he accepted that the unmanned aerial assault vehicles were taking a toll.

“Drones do make an impact on the front line, but our soldiers are among the strongest in the world because they stand firm and fight hard,” said Sarumyan, “The secret to that is that our soldiers defend their home, and it is very difficult to defeat them, even with all the world’s drones.”

Sarumyan’s comments sound like they were made by someone who is living in a nice, safe, bunker with a bunch of concrete overhead.

The premise of F-35s is that they would be doing the same thing as the drones are already doing quite competently. It’s not going to take very long for someone to ask “who needs them?”

Also, as I have pointed out before, aircraft are yummy, thin-skinned, expensive targets when they are parked on the ground. [stderr] The more drones there are, and the more portable they are, the easier it becomes for someone to locate aircraft where they are landed, and attack their bases. The dynamics of force protection are so complex I can’t really say how this is all going to work itself out, but my bet is that fighter squadrons will move farther and farther from the forward battle area, to protect themselves, which makes them less useful since they cannot arrive on target in real-time, while a loitering drone is already there. You know what else is expensive, yummy, thin-skinned and full of fuel? Antiaircraft rocket batteries. I haven’t been able to find it, but a friend of mine sent me a (dead) link to a really expensive Russian antiaircraft (allegedly an S-400) battery getting blown up with an antitank missile from one of those Israeli-made loitering drones.

The whole thing is super-duper secret, naturally. I believe that is the new strategy, going forward, for escaping any kind of oversight or questions about the program’s inevitable cost overruns. A 6th-generation boondoggle has to not only be stealthy, it’s got to be off of congress’ radar. Not because congress will rein in any such program, but because the inevitable pork-fights will result in the program getting parted out, disastrously, as happened to the F-35. The public does not know if it’s Lockheed Martin, Boeing, or ${whoever} is making it. [defone]

The air force is bragging that they went from a design to a flying implementation in under a year. That tells me a couple of things: it’s got to be leaning heavily on modern aerospace design and it’s probably 3D printed or something like that. One intriguing fact I learned recently is that Northrop Grumman acquired Scaled Composites, Burt Rutan’s company, that designed Project Ares. [stderr, the flying AK-47] If anyone could go from nothing to implementation of a next-generation design, it would be those guys. But they don’t have a history of producing the kind of bloated multi-spectrum boondoggles that the air force wants. Neat purpose-built mini-doggles cannot compete in full spectrum dominance of the 21st century boondoggle space. 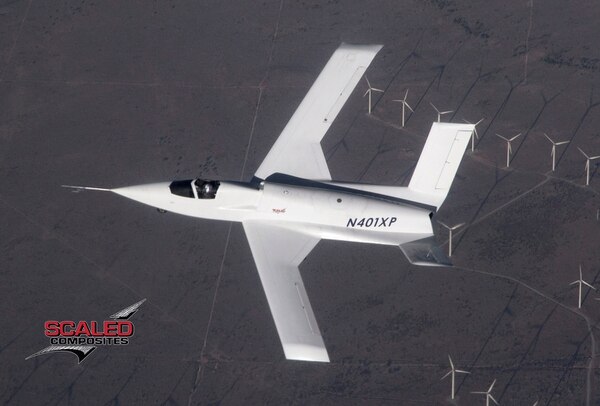 Scaled Composites recently released photos of its new 401 prototype (they should have called it the ‘404’ since it’s stealthy) which apparently has some sort of mission for the navy. Interestingly, it’s about the same size and has a similar power-plant to a high-end drone; the line between drone and manned aircraft blurs more. [defensenews]

Just remember all of this when you see American politicians talking about how there’s not enough money to help keep massive unemployment from blowing the economy apart, and there’s no money for protective gear, social services, or any of the other things government is supposed to be doing. There’s plenty of money for next-generation boondoggles and both sides of congress unhesitatingly voted the defense department more money than it asked for.

The way a lot of “defense” gear is “sold” to Israel is: congress grants a gift of money to Israel, said money being ear-marked so they can use it to buy American weapons. That way, US defense industries make loads of money as taxpayers’ dollars are shifted from the left pocket to the right pocket. This has been going on for ages and both parties do it because both parties love money.