Back in the 1980s, the US was looking for a new ground support aircraft. See if you can contain your surprise; they bought the most expensive option on the market, the A-10.

To be fair, the A-10 was the most sensible option at that time, because the battlefield scenario of the day involved the Red Army pouring into Germany through the Fulda Gap, serried rows of tanks and BMPs with a gigantic screen of antiaircraft guns ready to scrape ground attack planes out of the sky. The US response was F-15s to get local air superiority and A-10s to swoop in and turn the whole mess into wreckage. When the A-10s got to fulfill their purpose against Saddam Hussein’s army as it retreated from Kuwait, that is exactly how it happened: the A-10s obliterated the retreating rabble, which would have probably been more useful if it had returned to Iraq, pissed off about being thrown away, and interfered with Hussein’s running his government.

Since then, the A-10 has been the armored fist of US imperialism: it screams in and when it leaves everyone has been sorted out. The F-35 has, bizarrely, been touted as a worthy successor because of arguments that basically amount to “look how much more expensive it is!” Which is true.

Congress should do ads like these: “We will buy no aircraft carrier until it carries aircraft.”

Whenever congress exhibits the early stages of sticker shock at a procurement program, they try to pass a law (like: “we will buy no aircraft carrier before its time” or buy something new that’s somehow cheaper, which is a funny idea because there is no “cheaper” option on the table. As commentariat member Pierce R. Butler says: [stderr] we need a flying AK-47. Something reliable and cheap, safe for the pilot, nimble, resistant to ground fire, potentially stealthy, and with great fuel capacity. 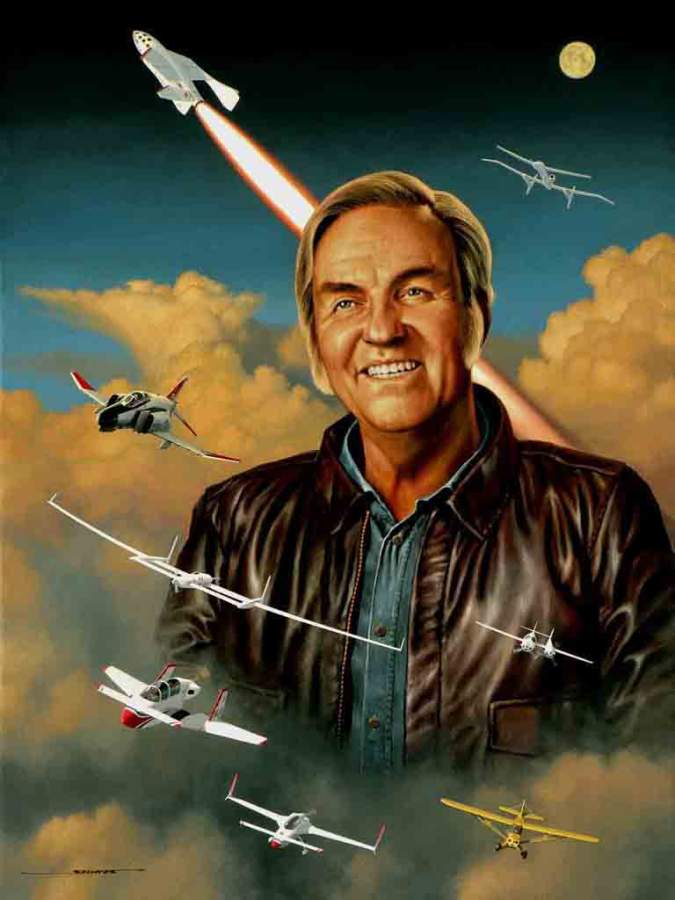 Surfboard builder extraordinare Burt Rutan, founder of Scaled Composites, Inc., has been behind the development of many innovative aircraft designs including Spaceship One, and the (then) innovative BD-5 stunt/race plane. [also known as: the first radio-controlled plane I ever crashed] Rutan’s designs for aircraft are based on his experience building surfboards, naturally: a styrofoam shape covered in resin-soaked fiberglass. 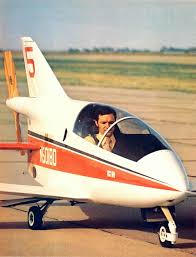 When you migrate that forward a bit to hex-formed aluminum extrusion filled with fire-resistant foam, covered in carbon fiber, you’ve got something that is lighter than the old surfboard materials, vastly stronger, stealthy, rip-resistant, and bulletproof. When the Air Force started working on the program that became the A-10, Rutan got his team to build a flying AK-47 called Project Ares. Project Ares was something like a slightly bigger BD-5, wrapped around a great big gun, with an off-axis engine and a huge gas tank. That’s not doing it justice by a long shot; the aircraft was full of typical Rutanic design features that showed his profound understanding of how to make things that work well. 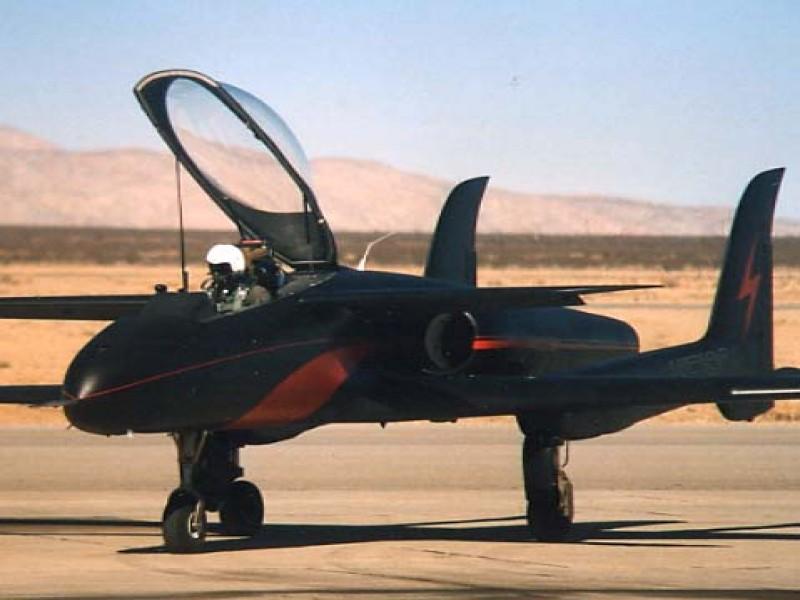 Kevlar is not magic. But still, going into battle in a suit of pure kevlar and resin is pretty darned smart.

There’s a funny story about the paint job on that Ares: the plane was originally a matte gray to keep it cool and make it hard to see against the sky. Rutan realized that the Air Force wanted a “Tactical” looking plane and was fully engaged with all its toxic masculinity, so he had the Ares prototype painted in shades of badass.

A couple things jump out immediately when you look at the plane: it has nose chines, which help with maneuverability and low-speed stability. The Ares could turn ridiculously hard; Rutan’s objective was to produce a plane that could easily out-turn a man portable antiarcraft device (MANPAD) by literally steering around the missile. The cockpit has tremendous field of view and the plane’s stubby nose makes it extra good for looking down at the unfortunates on the ground that you are about to vaporise.

From the left side the Ares looks A-10-like: you’ve got that great big outboard engine which is much smaller than the monsters that they needed to drive the warthog. That’s for survivability: in case something got a round into the engine, it’d blow apart safely behind the pilot and away from the main part of the aircraft’s hull (which, remember, is reinforced kevlar) – the plane would have a better-than-nothing chance of being able to coast toward someplace less hostile. 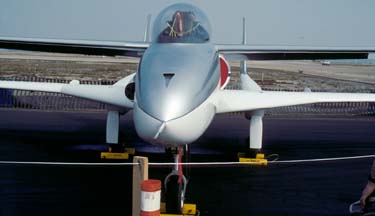 From the front, you see the groundbreaking Rutan touch: the Air Force was deeply, madly, in love with great big can-opener cannon like the General Electric GAU-30 that the A-10 eventually carried. The recoil from the GAU-30 was so severe that early A-10s stalled and fell from the sky when they fired it, so the flight controls were modified to put the engine to full thrust to compensate for the burst of madness that was about to happen. If you watch videos of A-10 firing passes, you can see the aircraft appear to stumble as it opens up. That’s because it is stumbling. Rutan solved that problem on the Ares by having the engine’s thrust off-axis and the gun on the other side of the plane. When the gun fires, the plane is balanced. When the huge stream of expended brass casings comes flying out of the gun, they are nowhere near the engine; that’s also a great big plus. The A-10 had to put the engines way up high, and the gun way down low to deal with the casings, but that made the plane tend to nose-dive in a way that is “contra-indicated” for a ground attack aircraft. Rutan was having none of that, and the chines on the nose also help the pilot keep the plane on target. In other words, Ares was probably more like a flying sniper rifle than a flying AK-47.

If you only watch a bit of this, watch the bit around 3:20

You can see why the Air Force wanted none of it: it’s nowhere near expensive enough, and it hasn’t got great big testicle-shaking engines or a cannon that makes Mjolnir feel inadequate. It is, however, maneuverable like a fencing foil and it’d be pretty possible for the Air Force to slow it down by hanging lots of ordnance all over the bottom. Oh, yeah, that’s another design feature: you can launch rockets from the bottom of the thing all day because the wing is positioned under the engine intake so rocket exhaust won’t get ingested. 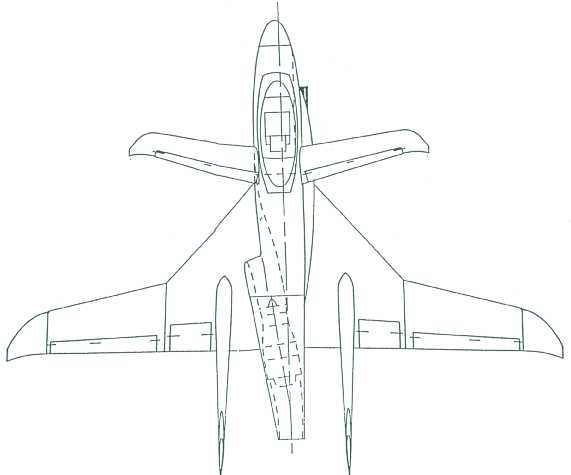 Make the gun be the centerline by moving the pilot and aircraft’s nose over. It’s way cooler than that: use the gun gases to correct for the gun’s recoil.

In terms of size, it’s tiny compared to the A-10. That’s partly because Rutan figured that a modern ground-support aircraft would be an artillery spotting platform rather than a bare-knuckles brawler like the A-10 – something that could fly in, loiter, and call in its big brothers on the radio. Ironically, this would be a perfect argument for the “sensor fusion” model the F-35 promotes: have all the air assets in a battle area share a common picture of the scenario, broadcast from a small, stealthy spotter.

Rutan’s still at it, but the Air Force (obviously) was not interested in Ares. There are stories that the special operations guys got excited about it, and it triggered a big bun-fight as the Air Force wants to hold a strict monopoly on manned flight in the military – something about “protect the budget.” If they were as good at defending anything else, that’d be alright, I suppose.

The thing is: Rutan’s got so much money and talent at his disposal, that he can tell his people, “make me a stealth fighter!” and they will. And it’ll be good. Rutan is like what Elon Musk wishes he was, in other words. If you do a search on the web for images of Rutan aircraft, it’s bewildering. It’s as though Rutan designs a new aircraft every time he gets bored, or something. Recent discussions about the Air Force decomissioning the A-10 (to save budget $ for the F-35) resulted in Scaled Composites producing yet another stealthy-looking little chunk of badass: 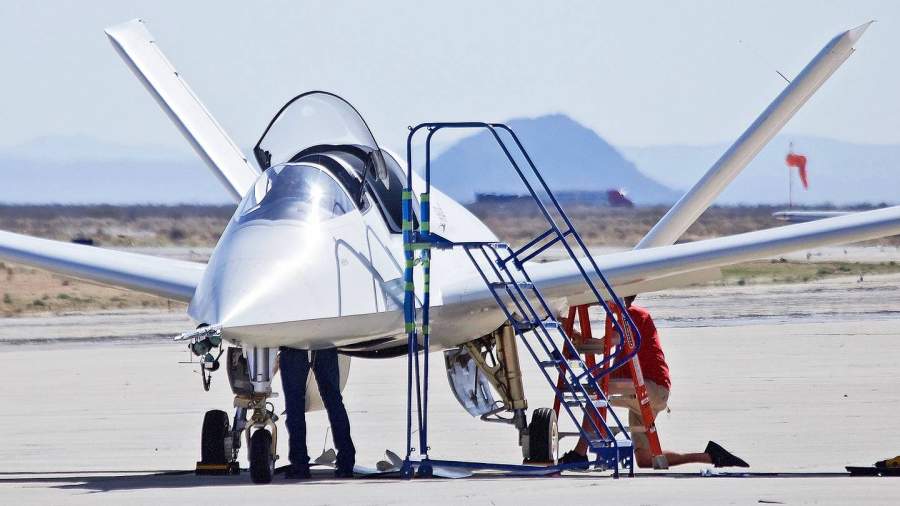 Little is known about the 401, but you can tell from the intake and the shape of the nose that it’s designed to be stealthy-ish. There are two F-35 style payload bays on the belly of the plane, and what appears to be an engine intake. It’s tiny – look at the size of the guy kneeling next to it. I’m not a pilot but I’m pretty sure any pilot who sees that picture is thinking “WHEeeeeeeeeEEEEEE!” what a go-cart! If you watch the video above of the Ares flying, you’ll see what I mean: it’s ridiculously nimble and, while it’s not supersonic, it’s really fast.

The 401 is also known as “son of Ares” which is a pretty apt name. [thedrive] And Rutan’s crew have a heck of a sense of humor: 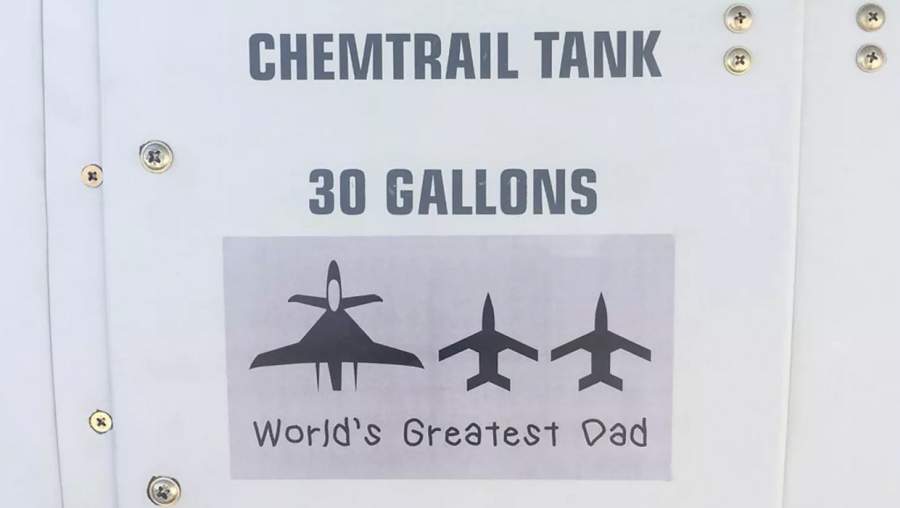 I know that’s fake. Chemtrail tanks are 500+ gal each.