This is a little thing I made for Crip Dyke. [pervert] 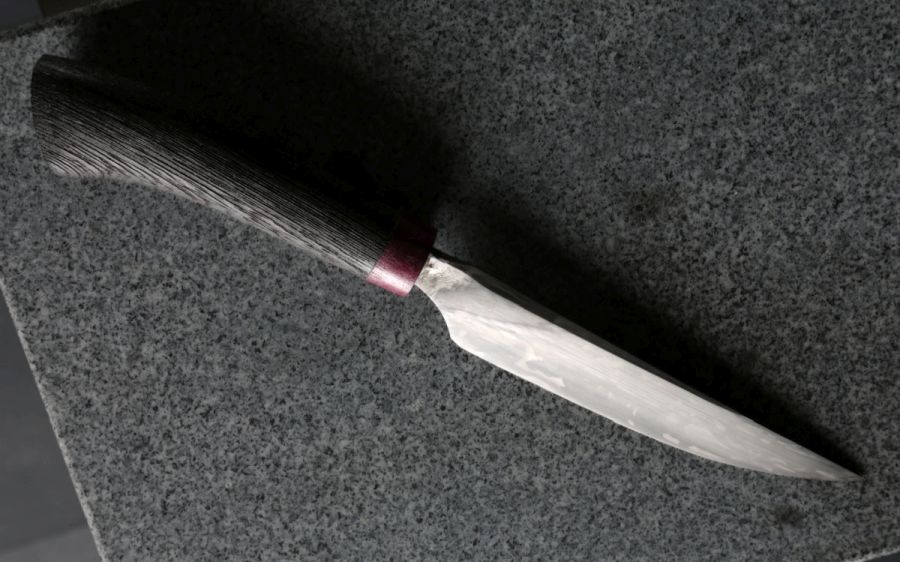 The steel came out quite dramatic, so I parkerized it to emphasize it even more. Why not? It’s a chunk of 1095 wire rope that I welded into a bar a while ago. I cut it off then crushed it end-wise in the hydraulic press (no better way to make sure your welds are tight!) so the resulting grain is comprised of the crushed ends of the wires. I like the effect and may do it more.

Making the handle took two tries, unfortunately. CD said that the handle needed to be curved some, because of arthritis, so I heated the tang with a propane torch and carefully bent it. Then, I assembled a two-part handle around it, and proceeded to cut into the tang-hole with the grinder. There’s really not a lot of excess wood to work with around the tang; this one is rather sturdy. On the second attempt, I used a piece of tape to reproduce where the outline of the tang hole was cut, and pre-cut the wood on the bandsaw, then glued it up. The idea of taking a piece of wood containing a chunk of hardened high carbon steel and accidentally hitting a bandsaw blade gives me the willies.

I forget where I saw the technique of using a steel brush on hardwood to bring out the grain, but I tried it and really liked the results. It was a bit nerve-wracking since I basically had to finish the handle, then potentially ruin it. The bolster is purpleheart.

Shaping a handle can be really interesting. You haven’t got any good way of really knowing what will fit your client’s hand, so you have to take whatever information they can give you, then start grinding away until it feels right. When you’re trying to make a sort of organic or curved form, it’s easy when your curve matches the shape of your grinder, but it never works out that way, so you’ve got to just suck it up and freehand it and keep grinding away wood until it feels and looks right. Sanding and filing and sanding gives you plenty of chance to refine the shapes. 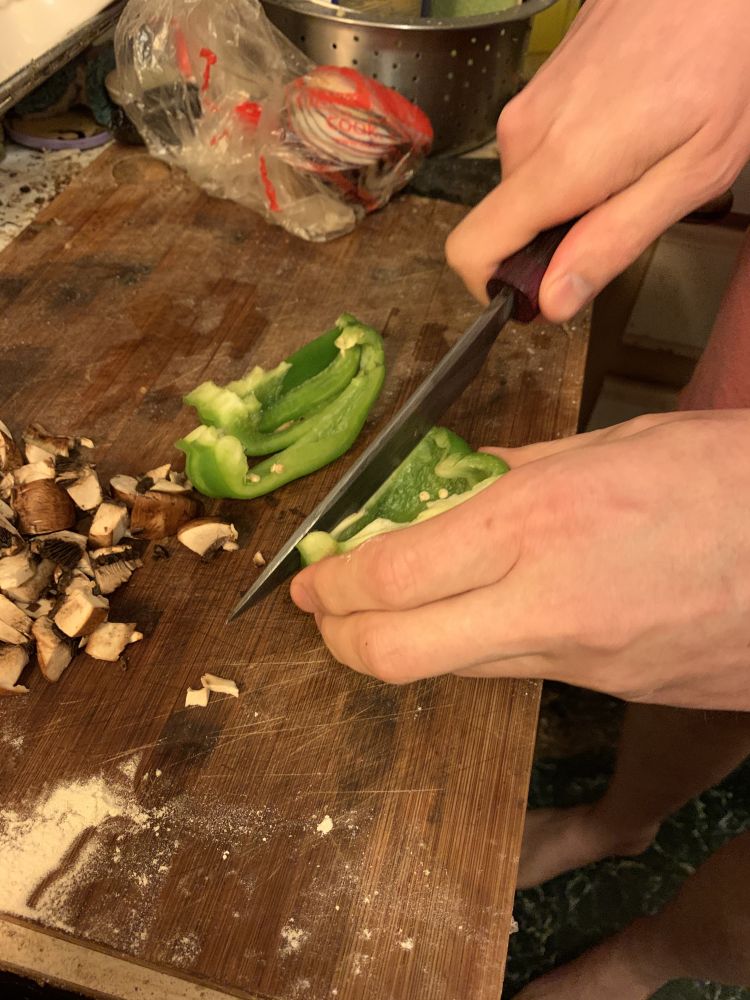 Sunday Sermon: In Defense of Retaliation » « Just Drink Some Bleach