For those of you who think that 2020 is the worst year ever, consider the possibility that there is no bottom to how bad things can get.

If you were alive on this day in 1983, at around 3:00pm if you lived on the east coast of the US, or noon on the west coast, your life might have been permanently interrupted by a nightmare worse than something cooked up by Harlan Ellison on his worst day. Sirens would have wailed in the clear afternoon and most people’s reaction would have been “huh?” Some people would have been able to figure out what was about to happen, but I suspect most of us would have shrugged it off – communications and news weren’t like they are, today, in 1983; there would not have been text messages and frantic cell phone calls telling people to get under cover. There would have been the flashes and the burning and the flensing blasts and then puzzlement and numbness and pain.

For those of you who were not yet born on Sept 26, 1983 your life might never have happened, or you’d have been born into a world completely unlike the one you wound up in. It’s got its share of problems, no doubt, but – depending on the winds and where you were born (if you were born at all, your parents might not have survived) you might have grown up living in the shattered ruins of a city, or on a hardscrabble farm that resembled something from plague-era Europe.

I’m referring, of course, to the nuclear war that almost started that evening around midnight, Moscow time, when Stanislav Petrov, the duty commander of the USSR’s missile defense system, saw those systems reporting an inbound ballistic missile from the US. Then 5. [wik] Petrov later said that he didn’t think it was a correct alert because no US first strike would be a handful of missiles. And, he was right, so he cleared the alert and everyone outside of Petrov’s small chain of command went on with their lives, uninterrupted. Petrov’s superiors reacted with a typical mix of Soviet authoritarianism: he was praised for deciding not to destroy the world, but then criticized for not following orders. That pattern alternated for the rest of Petrov’s life until he died in 2017, tacking an extra 44 years onto his own life-span thanks to his decision. 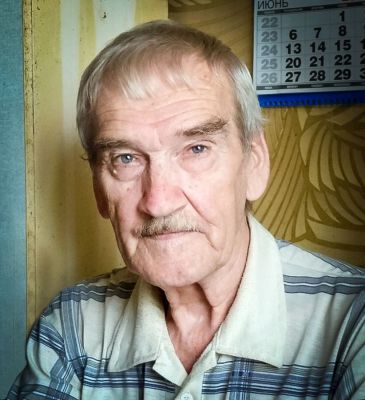 Declassified spy information, and defectors’ testimony tell us today that the Soviets were terrified of a US first strike. With what I know in retrospect, that seems perfectly rational: the US had a substantial margin of power over the USSR, and its leaders were just as much a bunch of crazed ideologues as you’d find anywhere else in power. We’re talking Richard Nixon, Ronald Reagan, even Jimmy Carter (whose evangelical christianity verged on derangement) – nobody that anyone should have to trust with a world-destroying nuclear arsenal. At that time, and today, the governments that have built such systems continue to tell us that there are controls and procedures that make all of this safe, in spite of the fact that those controls and procedures have failed over and over and every time it has just been a matter of luck – sometimes it’s named Stanislav.

We are, reasonably enough, worried as hell about global climate change, or that mad asshat Trump will continue to run the US into the ground for another 4 years before turning the crown over to emperox Ivanka I – but the nukes are still there, ready to put us into a hellscape in under 10 minutes. It used to be that we’d have 40 or so minutes, but the US has been working hard to develop newer, better, faster, more accurate first-strike weapons – all of which mean that the Russians’ only response is to keep their button finger twitchier and twitchier.

From the Wikipedia entry on the incident:

Oleg Kalugin, a former KGB chief of foreign counter-intelligence who knew Soviet chairman Andropov well, says that Andropov’s distrust of American leaders was profound. It is conceivable that if Petrov had declared the satellite warnings valid, such an erroneous report could have provoked the Soviet leadership into becoming bellicose. Kalugin said, “The danger was in the Soviet leadership thinking, ‘The Americans may attack, so we better attack first.'”

And that was before the US dropped out of mid-range missile control treaties in order to openly deploy secret weapons it had been developing in violation of the treaty, and it stopped pretending that the “nuclear refresh” was maintenance and, rather, a complex system for developing new weapons so that they cannot be counted or located. [The new bombs are modularized so the parts can be swapped, which means warehousing components that can be quickly assembled into ‘new’ bombs very quickly]

The years since 1983 have been good for me, so I have nothing but gratitude for Stanislav Petrov.

Meanwhile, Fox News outright admits that the US is building new warheads (gee, honest news from Fox?) [fox] but in the context that China may feel it needs to double its arsenal.

Meanwhile, all of this is taking place within the context of U.S. nuclear modernization, which, among many things, includes the construction of 400 new ICBMs. However, many U.S. Air Force leaders believe the new Ground Based Strategic Deterrent (GBSD) may not come soon enough, given the age and obsolescence issues associated with the decades-old Minuteman III ICBM. Interestingly, the Air Force is working aggressively to sustain its arsenal of Minuteman IIIs while concurrently developing GBSD. In fact, Air Force leaders often cite the high-number of ongoing Minuteman III modernization programs, adding that the service recently test-fired a Minuteman III as part of an effort to demonstrate nuclear readiness.

Given all of these dynamics, the report makes the clear statement that the “United States believes it is time for China to participate in nuclear arms control.”

Those sneaky Chinese won’t sign up to arms control agreements that we can ignore.

Auction #23 for Freethoughtblogs Legal Debts » « The Ways of the Ancients