Yesterday I published a posting that was substantially wrong. Ow! [stderr] But, it got me looking into the question of how cop departments pay off awards against them. It’s unsurprisingly murky, but there are stories that indicate how the delicate maneuvers are made.

Consider the large jury award to Mark Schand, who was wrongfully imprisoned for 27 years in spite of being innocent. [npr] Need I mention that Schand is black?

A man who served nearly three decades for a murder he didn’t commit was awarded $27 million – $1 million for each year he was in prison – by a federal jury last month.

When the jury foreman read out the award, “everybody started crying and stuff like that,” said Mark Schand.

In 2015, Schand sued the city of Springfield and four police officers for violating his civil rights. A judge dismissed the lawsuit against the city – that case is currently awaiting appeal – but allowed the one against the officers, all retired: Elmer McMahon, Leonard Scammons, Raymond Muise and Michael Reid.

Oh, hahaha! The city that imprisoned Schand for 27 years has the case against it dismissed, while the case against the retired cops is allowed to continue. Why is that? Could it have anything to do with the fact that a bunch of retired cops are never going to pony up $27 million? They’ll go bankrupt, keep their houses and a car and probably get support from the local police union. But the city gets away scot free. Fuck me sideways, that’s a pretty obvious dodge.

For Schand, the verdict is less about the money and more about the vindication. He got no help from the government after he was released. He had to fight the state attorney general’s office for a few hundred thousand dollars in statutory compensation – $450,000, minus attorneys’ fees – and even then, no one apologized.

The attorneys will have gobbled up half of that $450,000, because that’s the way the system works: if you’re poor and you can’t afford lawyers out of pocket, then you have to depend on lawyers that work for a slice of the action. And that’s usually a pretty large slice. Good god, what a massively corrupt system we’ve got going on here.

In most cases, to win a lawsuit for wrongful conviction, plaintiffs have to prove there was official misconduct, not just a mistake.

Nice, huh? A “mistake” is not a “wrongful conviction.” Only official misconduct that cannot be claimed to be an error is a wrongful conviction. In other words, someone has to lie and say, “I screwed this thing here up.” I’ve dug into a few of these stories and that’s usually how it goes: by the way: “we forgot to look at this piece of exculpatory evidence by mistake” is a “mistake” not official misconduct. That’s why, when someone is wrongfully convicted, the entire system is balanced so as to make it hard for new evidence to be presented. In other words, the system is concerned with the appearance of correctness, not with justice. And that’s because the appearance of correctness has a lot to do with money.

But let’s add insult to injury:

The attorney for Springfield, Ed Pikula, wrote in an email that the city is considering options for appeal and that state law limits the city’s liability to $1 million per officer – or a total of $4 million.

Remember, the case against the city was dismissed, but the city is considering an appeal in order to protect the cops and nullify the jury’s decision.

Schand said he’s so used to the system failing him that he’s not counting on any of the money.

No shit, Schand is a smart guy. Well, he’s had 27 years to think about it. 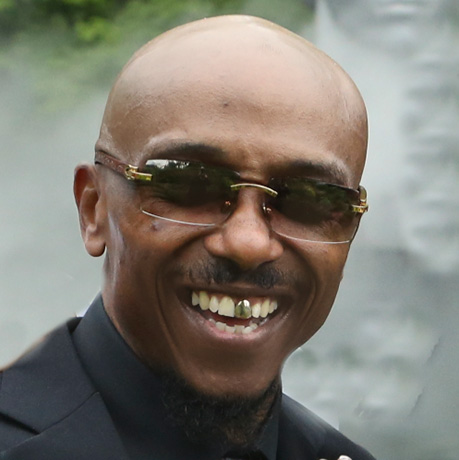 Here’s a bit more about the case: [mass] The short form of the story is there was a gang on gang shooting and the police picked up Schand as a suspect in spite of his claims to have exculpatory evidence. Schand agreed enthusiastically to participate in a line-up, thinking it would exonerate him, but one of the witlesses picked Schand in the line-up saying that he was the one “the one with the bad teeth.” That ought to have been obvious to anyone, given that Schand has a mouthful of perfect teeth. The shooting occurred at night and the witness probably was in no position to see anyone’s teeth at all, which is problematic given that they claimed to identify Schand in a line-up.

They stole half of his life. The cops were probably thinking “What’s he complaining about? He’s lucky we didn’t shoot him.”