It was a historic moment, when the city council of Minneapolis agreed that they would defund the police.  [npr] But – and there’s always a “but” – guess what didn’t happen?

Yes, you guessed it, there were various parliamentary procedures that allowed a “Charter Commission” to scuttle the effort by, basically, refusing to come up with a plan for how to proceed. [cbs]

The 15-member commission, made up of volunteers appointed by a judge, voted 10-5 to take another 90 days to review the proposed amendment. Most of those who voted against taking the extra time said they would recommend rejecting the amendment.

But the issue would likely have gone to voters even if it was rejected because the City Council was required only to consult the commission and is not bound by their action. The lack of a final decision means the proposal won’t clear deadlines to make the ballot this November, but it could be on the ballot in 2021.

“There is no democracy denied here. There is no denial of democratic rights. It’s a question of when, not if,” Commissioner Gregory Abbott said. “We can fix this. We can get police reform. We just need to find a different avenue to do it in.”

“When, not if – and by that I mean when the ice age comes again.”

Meanwhile, Louisville has decided to just shut down the Breonna Taylor investigation by promising to pay 12 million of dollars. [cnn] This will allow them to ignore the procedural flaws that resulted in a completely absurd and unjustifiable killing, as well as the city’s complicity by refusing to prosecute the officers who carried out the crime. The whole US policing situation has been shocking, shocking, shocking, shocking – a chain of quakes and after-quakes that baffle me. What baffles me most of all is the degree of impunity the cops maintain: attempts to rein them in are consistently mooted, and they give the entire nation a great big “fuck you!” by continuing their killing rampage as is they know they’re going to keep getting away with it. Which, they do.

Last year when I was researching my posting on Freddie Gray (they flat out murdered him) [stderr] I also came across a case of another victim of police crimes: a man who was sentenced to life in prison because a cop lied while giving testimony. Eventually, he was freed and the city agreed to a substantial settlement – several million dollars – then proceeded to not pay a cent.  So, keep an eye on the Breonna Taylor situation and watch: I bet that the city has, now that they have announced a settlement, will try to claw back on it. The whole thing is a gigantic scandal, though, because it amounts to the city paying off the investigation of a murder. That’s a rich person’s trick, in the US: instead of standing up and dealing with one’s crimes, let’s set up a contract with the victim so that they won’t sell their story and the whole thing never happened.

That brings me to “there ought to be…” It ought to be a crime to attempt to conceal a crime with a settlement or a non-disclosure agreement. I mean, it is – and it’s called “criminal conspiracy” except nobody likes that word because the US president, right now, is “unindicted co-conspirator #1” on making hush money payments (also a crime). Every aspect of this story ought to be shocking, but we’ve gotten so used to the endless beat of police malfeasance that, I suppose, we’re just sitting here going, “at least they’re not shooting at me.” Seriously, folks: they’ll come for you when they get around to it.

Keep your eye on Louisville and watch: they’ll try to do a “justice has been served” maneuver and will never charge the criminal cops with anything.

That brings me to a thought: insurance.

Last year I watched a friend of mine successfully sue the Westmoreland County police for racist hiring practices. She got a pretty good settlement (I think she could have held out for a lot more) and (I was most amused) also required, as part of the settlement, that the sheriff enroll and pass a course on racial equity at the community college. That was a great idea, except the sheriff lost his re-election campaign and is now retired, like a blood-sucking tick, on a public pension. Anyhow, the neat part was that I got to be a non-speaking participant in the mediation process, and I had a lot of time to think about what was going on. You readers probably don’t know me personally, so you cannot imagine how uncharacteristic it was for me to sit quietly in a chair, listening for 8 hours, hardly saying a thing. I wanted to run around the building smashing people and things.

One of the things I learned about the mediation process is that both sides have signals that they drop about where their sticking points are, etc. I caught the signal early on that the police department’s sticking point was “As long as it’s less than the deductible for the department’s insurance, we can talk. Above that number, even Smedley Butler couldn’t pry a cent out of us with a bayonet.” In this situation, Westmoreland County’s deductible was $250,000. Note to everyone: if you ever sue police, learn their insurance deductible early on. The thing is, if you stay below the deductible, you’re not hurting them at all: the insurance company pays up to that amount and life goes on. If it goes over the deductible, then you’re cutting into the police department’s budget.

There has got to be a way to game this to defund the police. The first idea that comes to mind is to require that insurance not be used to pay a settlement unless and until it has been determined in a trial that there has been no crime; i.e.: for civil litigation only. See what I did there? I just gave the insurance companies the ability to refuse to pay the cops’ bills until they’ve been convicted or exonerated – in other words, the district is on the hook until the court case is over. The insurance companies would be quite happy to hang onto their money until hell freezes over, so they’d be pretty happy to lobby for that. It also ought to be possible to put pressure directly on the insurance companies – basically, they are underwriting the crimes of the police, by indemnifying them. Perhaps a boycott of insurance companies that insure police could give a nudge? For that matter, a boycott of companies that provide gear for police, such as Tippman (who sell the paintball guns used to shoot journalists in the eyes) or CSI (Combined Systems Inc, makers of fine tear gas products) – OK, no point in boycotting them, nobody decent buys CS gas anyway. But, the insurance companies seem to be a supporting life-line in this whole thing: they’re paying out massive amounts of money to cover police incompetence – surely their boards of directors aren’t OK with that? Seriously, why is any insurance company willing to cover police in this day and age?

If you search for “insurance” in [https://www.co.westmoreland.pa.us/ArchiveCenter/ViewFile/Item/2660] the Westmoreland police department’s budget, there’s a lot of complaining about health insurance costs (go figure!) Then, amusingly: they have a risk management team/process. That team is chartered to keep the county from bleeding money on liabilities:

Risk Management is the process that identifies and rectifies current or potential hazards in the workplace to alleviate prospective claims to be made against the County. Claims of risk related prerogatives include but are not limited to; auto, property, self-insured insurance, general liability, loss prevention, contractual, procurement oriented loss, inspections, employee related claims, natural disaster preparedness, risk avoidance, etc.. The purpose of the Risk Management team is to properly analyze countywide assets and evaluate their components to best protect the County liability.

I wonder if they considered not having a racist hiring practice led by the sheriff to be a way of reducing risk? It seems like “doing the right thing” is cheaper.

Aaaand… That’s it. There’s an oblique reference to self-insurance, i.e.: you put aside a pool of money to generate interest and use that to pay off claims. I wonder if the whole “insurance limit” thing is a self-imposed limit, and they’re basically scamming people when they talk about a deductible. I.e.: “you can’t sue us for all the money because we keep the money in a bunch of different buckets, see?”

Obviously, I am not the first person to question this, and dig into it. [npr]

DUFFIN: Big cities tend to self-insure, but smaller cities, like Irwindale, they buy either private insurance or join what’s called a municipal risk pool – a sort of government insurance. In the mix of what can be a heated debate over police reform, insurers approach it as a business decision. Does this police behavior create risk? If yes, let’s reduce it.

So, that explains a bit of it. NYPD does what NYPD does because they’ve set up a huge slush fund somewhere where they can pay off for their crimes.

DUFFIN: In Irwindale, their insurance authority gave them eight things to fix and 18 months to fix them. Miranda again.

MIRANDA: So they needed to either get a handle on things or cancel their policy. That was it.

DUFFIN: Which was motivating. There were trainings, new policies. They fixed their broken equipment. Tony Miranda got to hire that No. 2. And insurance isn’t a cure-all for all bad police behavior. Insurers care mostly about expensive problems that might generate large payouts like excessive force. But pressure from the insurance authority worked for Irwindale. Eighteen months later, their insurance declared them new and improved – let them keep their insurance.

So it seems that the way to jam a great big razor blade in the big apple’s policing is to require (this ought to be right up Republicans’ alley!) police departments to stop building slush funds for insurance, and use commercial insurance. The implications of all of this are really unsettling, to me: it means that NYPD has a gigantic stash of money somewhere, so it can self-insure. Why in the fuck have they been allowed to build a liability slush fund? I mean, I know why, but – basically they’re funneling cash from their massive budget into a Swiss bank account so they can pay for when they fuck up. Given how much everyone likes to complain about how cash-strapped their municipalities are, they ought to grab that cash with both hands, and spend it. It’s the people’s money, not the cops’! 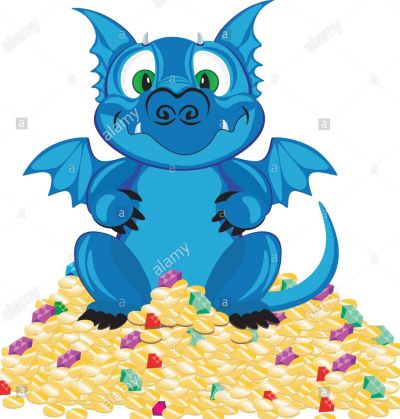 Watch This One » « Minutes of The Coyote Committee Meeting, Sept 2020