The Coyote Committee sometimes has their meetings right under my bedroom window. At this point, I sleep right through them, but I’ve had house-guests come crashing into my bedroom in terror at 2am saying “there is a ghost downstairs!”

Last night’s meeting was held down on the far edge of the lawn, and I didn’t want to go open a window, so I recorded it “as is” with my phone propped on my pillow. You’ll need to turn it up a bit – I decided not to alter the audio file.

My favorite is when they have their annual series of Coyote Puppy Briefings, which consist of one or two (the meeting leaders) doing most of the talking, while the puppies yatter, chatter, spump, and squeak furiously.

And, just for the sake of visuals, this fellow went wandering across the yard while I was on a conference call, myself, in 2015. I managed to get a good shot of him but he declined to stick around while I fetched my better camera. 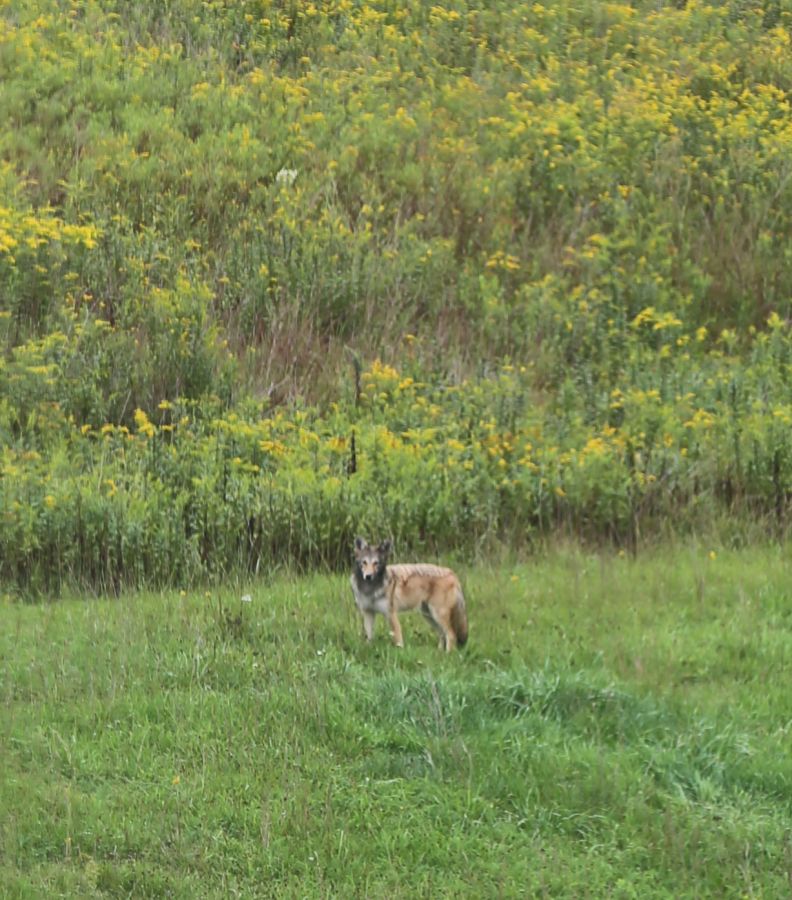 I’d love to hear one of the Coyote Marketing Department Meetings but I’m not sure I could handle it.

I should also mention that the usual Pennsylvanians’ reaction to a coyote is to shoot it, whether in season or not. Because, they believe, the coyotes interfere with other hunting. I’ve had to destroy traps left on my property (I soak them with diesel fuel or roofing tar) several times. It’s infuriating that someone’s reaction to these fascinating and witty critters is to blast them. But, that probably says something profound about what shitty people Americans are.

2am appears to be the usual start time for the Coyote Committee. Someone should teach them how to use Zoom and help them crash human marketing meetings.

Defunding the Police » « This Is Hardcore