My mind has been jumping around a lot, lately, between the swirling politics going on around us, and the earthly pleasure of trying to bend difficult materials to my will. This is a great example of someone using technology to do the latter (and some of the former) very effectively, and it makes me glad at many levels. 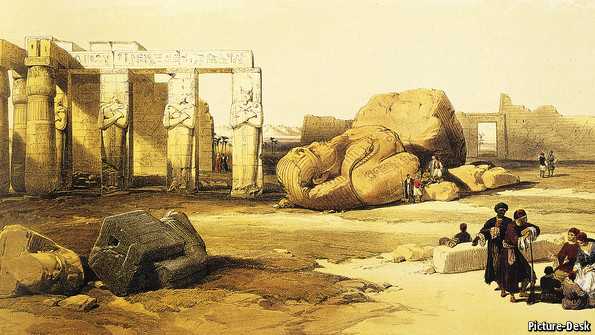 My name is Ozymandias, King of Kings…

Statues are not a social problem; it’s the weight that people are putting behind them – they represent a compacted version of “what is important.” And, that’s why the statues of old plutocrats on horses ought to go: the world has suffered enough damage already from those old equestrian plutocrats. Isn’t that enough for them, do we have to love them, too? Whenever I think of the scene in 1984 when the sadist O’Brien is interrogating Winston, I think Orwell missed a trick: the powerful do not ratify their power by making people suffer – they want their victims to love them too. Digressions aside, that is why I have come to believe that statues should not be preserved for the ages: they should be rotated regularly. 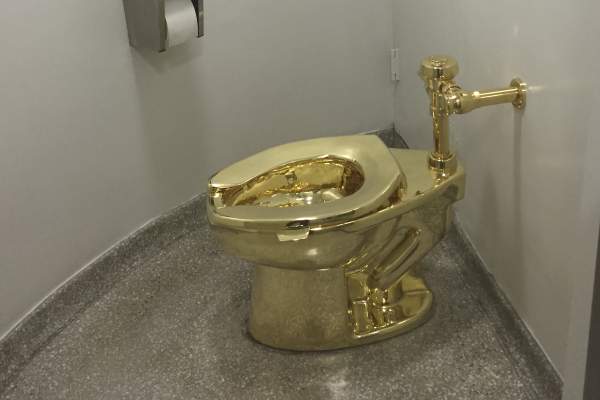 A statue to Donald Trump

As part of constant revolution, we ought to be tearing down the statues of the plutocrats and replacing them on a regular basis. In fact, if the statues become a rallying-spot where pugilistically-inclined parties from all sides wish to meet in battle, it’s better than having them engage in places where the collateral damage is likely to be higher. All of that said, there are some great art-works that deserve preservation in their own right, so it’s complicated. In a sense, I like Trump’s idea of a statue garden, if we can step past his shockingly bourgeois taste. The Hungarians had a pretty effective response to this question; there’s a museum of soviet-era art – all of the neo-brutalist statues of Stalin and Lenin and a few Trabants are all sitting in a fenced-off field 10 miles outside of the capital. The art was not bad, really, but it was nothing but political homage to a gone era – and, and era that was seen as repressive. If the US collectively could get its act together, and haul all the confederate statues (most of which are pretty bad art!) down to a field surrounding Stone Mountain near Atlanta, then by all means let the racists go ‘out’ themselves by parading back and forth near the site of the south’s crushing defeat.

The act of toppling a statue is more dramatic than moving it gently, but both amount to relocation. In a sense, the existence of the monument, as a target of anger, justifies its destruction or removal because it’s the inverse of the reason why it was erected in the first place. It seems to me that the obvious answer to the issue of statue removal is to place them on private property, but their intent is never private and that demands a public response. What I am saying, in other words, is that statues ought to be a battleground because they already became a battleground as soon as someone staked out their opinion in the public sphere by erecting a monument.

All of this musing leads me around to strongly supporting guerilla art. I’m a huge fan of Banksy’s work and I fully support his painting on other people’s walls. What if there was a confederate, racist, Banksy going around spraypainting johnny reb artwork on people’s walls? Well, there have been people who remove Banksy paintings, and there will be people who remove johnny reb paintings. In that sense, this whole thing is a process of communication; it’s a sort of straw poll of public attitudes and support for them.

Shifting gears a bit, this makes me happy: [guard]

Today the sculptor placed his statue of a woman doing a black power salute on the vacant plinth in Bristol. Our writer, who was at the dawn unveiling, tells the full story of its creation – and speaks to Jen Reid, the protester whose gesture so inspired him. 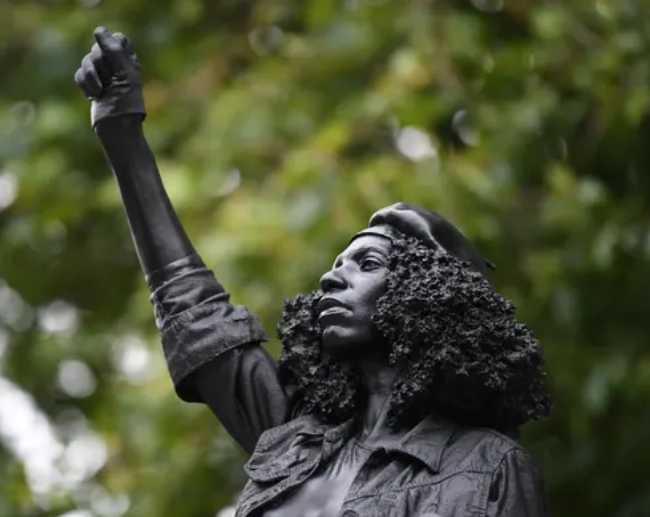 Producing the sculpture was a combination of photogrammetry, 3D printing, and resin casting. Reading between the lines, it sounds like the artist took a bunch of versions of the photos of Jen Reid standing where the statue of Colston used to be, and made a model from them, broke it into tractable size(s) and 3D printed it, then made molds and cast resin blocks that are glued onto a strong steel armature. This is a pretty remarkable turn-around time, and it ought to be a fairly tough statue if reactionaries try to destroy it.

There’s something beautiful, to me, in the fact that the artist did not re-interpret the subject; they worked from a direct capture and did not edit it. It’s more like a 3D photograph than a sculpture. It’s not interpretive, and I like that.

It fulfils one of the purposes of a memorial: it’s a vivid reminder of a moment in history. If art has any purpose in its own right, it’s to be beautiful and thought-provoking, and it fulfils that purpose as well.

This statue is the essence of Schumpeter’s “Creative Destruction” – a way-point between one thing and another. 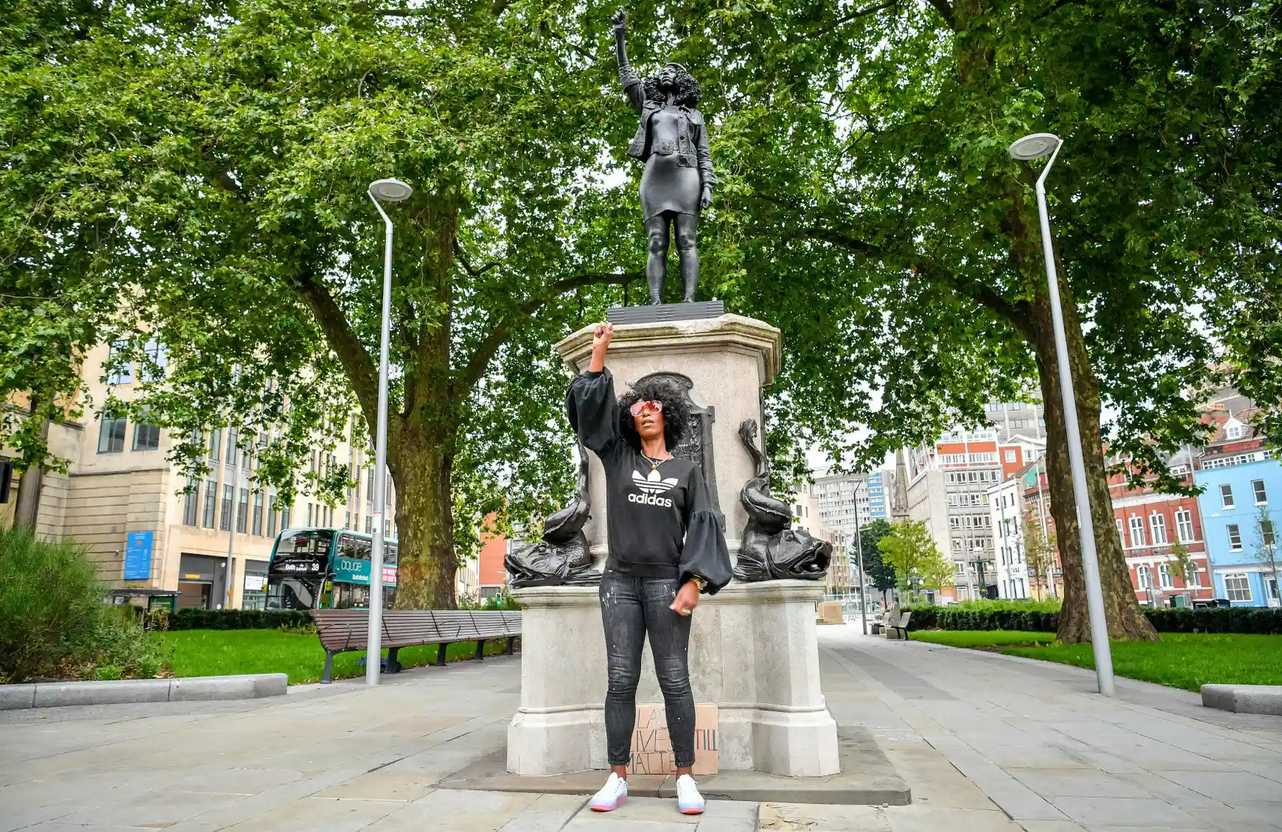