I wonder what Iain Banks would have to say, when he heard about this. I’d hope it would be long, passionate, and full of obscenities. [nyt]

The US defense industry decided to implement the knife missile. Except it’s not as sophisticated as the ones in the culture series, and it has no built-in sense of ethics.

WASHINGTON – American Special Operations forces used a specially designed secret missile to kill the head of a Qaeda affiliate in Syria this month, dealing the terrorist group a serious blow with a weapon that combines medieval brutality with advanced technology.

This is the US’ response to criticisms that hellfire missiles are horribly messy and cause a great deal of damage to non-targets that happen to be anywhere near the area. Note: use of these missiles in targeted assassinations against those who are arguably not combatants, in another country, where we have been asked to leave, is already a crime under international humanitarian law. That’s one of the reasons that the US refuses to countenance the international criminal court (ICC) to the point of placing sanctions on ICC members. [cnn]

Washington (CNN) President Donald Trump on Thursday authorized sanctions and additional visa restrictions against International Criminal Court personnel — the latest attempt by the administration to strong-arm the international body out of an investigation into potential war crimes by US military and intelligence officials.

Don’t you love the way CNN adopts the “innocent until proven guilty…” line? “potential war crimes” – no, what is going on are war crimes. The only thing that is in question is whether anything will be done about them. You’d think that, with all of the discussion about “high crimes and misdemeanors” committed by the president, someone from the US political system would consider impeaching a president for war crimes except, as we all know, there hasn’t been a US president, yet, that isn’t guilty of war crimes or crimes against humanity. I’ve always found it amazing that Americans can talk, stupidly, about being a shining beacon of liberty, etc., when the reality is much more racist, genocidal, and murderous. It absolutely blows my mind that the country that invented Agent Orange and Napalm is not able to understand its status in the world.

Back to the knife missiles:

The modified Hellfire missile carried an inert warhead. Instead of exploding, it hurled about 100 pounds of metal through the top of Mr. al-Aruri’s car. If the high-velocity projectile did not kill him, the missile’s other feature almost certainly did: six long blades tucked inside, which deployed seconds before impact to slice up anything in its path.

The Hellfire variant, known as the R9X, was initially developed nearly a decade ago under pressure from President Barack Obama to reduce civilian casualties and property damage in America’s long-running wars on terrorism in far-flung hot spots such as Afghanistan, Pakistan, Iraq, Syria, Somalia and Yemen. 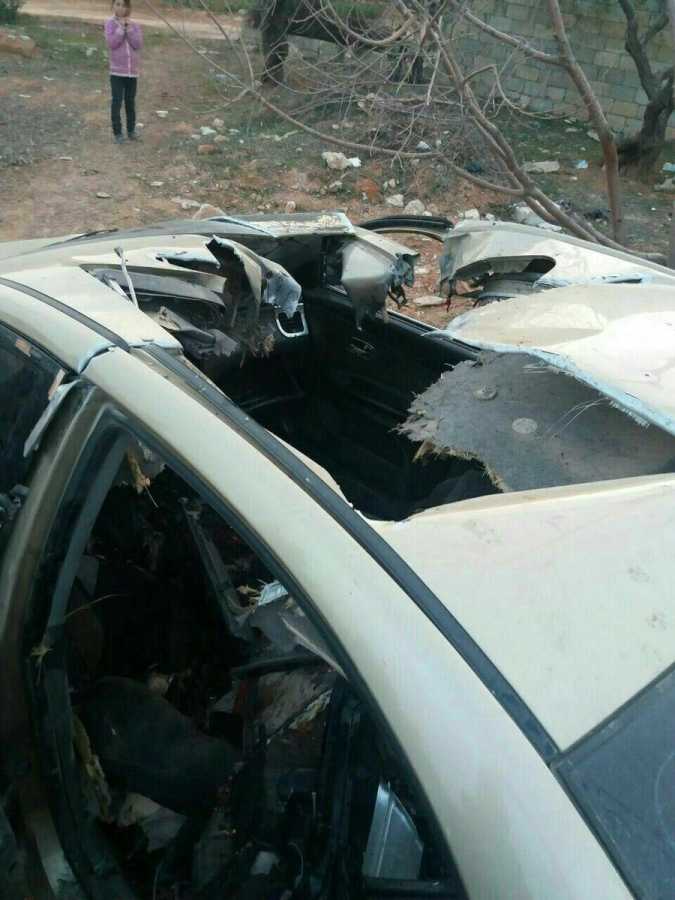 That explains why it’s blown in, not to pieces [source]

That’s the US military/intelligence apparatus’ response to a bit of hand-wringing by pseudo-liberal icon Barack Obama, asking if maybe US strikes could be less horrific in lieu of stopping the war entirely. Because, like so many other presidents, he did not want to appear to be weak.

“Al Qaeda remains a global force with its networks and branches around the world,” Ambassador Nathan A. Sales, the State Department’s counterterrorism coordinator, said in a conference call with reporters on Wednesday after releasing the department’s annual country reports on terrorism.

The New York Times felt obligated to mention that, even though it has nothing to do with the main point of the article. But, who am I to complain, with the meandering pieces that I write? I’m hardly a paragon of brevity or focus. But they did feel it necessary to remind us that Al Qaeda is a vicious international organization of terrorists that respect no borders, kill non-combatants, blow things up, and don’t have nifty knife missiles to use. Because, if they had knife missiles, they surely would use them.

The Grumpy Old Fart Routine » « How Police Spend Their Time