In 1989, Ayatollah Khomeini famously issued a fatwa calling for the assassination of Salman Rushdie; a religious organization then established a reward for carrying it out, to the tune of $2.7mn. Every so often, some group of “hard liners” raises more money and puts it in the pot, so now it’s up to just under $4mn. [nyt] 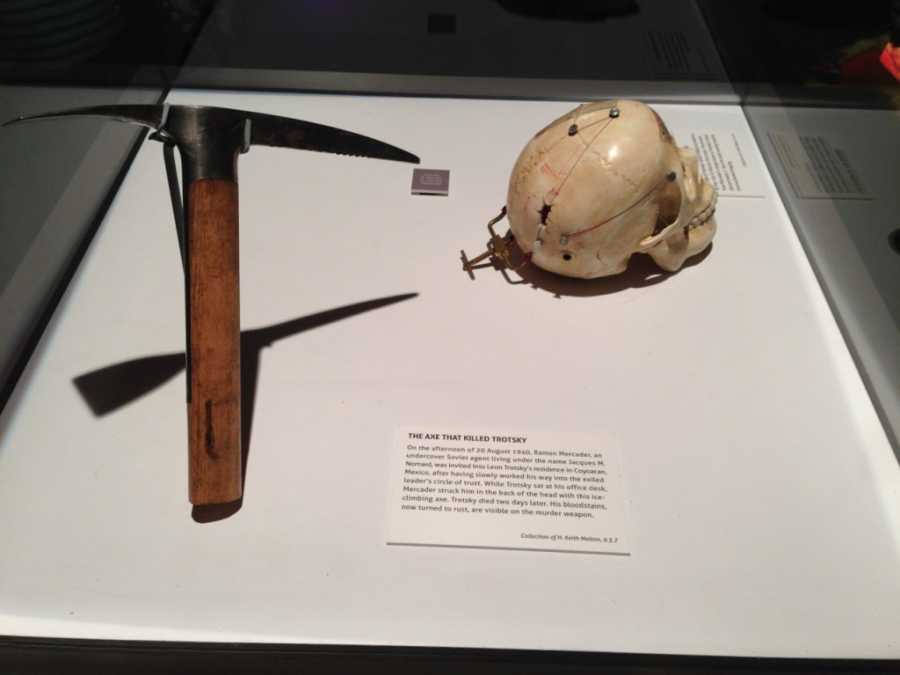 This posting has recommended theme music. If you’re in the mood and you’ve got audio capabilities on your computer, you can play this while you read on.

If you’re a reasonably thoughtful human being, you’re probably a bit uncomfortable with the idea that a head of state issues a personal hit, like that. And, there’s nothing like a large monetary reward to scream “it’s not worth doing for its own sake but would $4mn interest you?” Never mind the rather obvious fact that if god wanted Salman Rushdie dead, he’d be dead and Ayatollah Khomeini would still be alive. It’s as though there is no divine justice at play in the situation, isn’t it?

The whole thing feels a bit medieval, to me, but I know it’s not. Henry II’s “will no one rid me of this turbulent priest?” was not accompanied with him pulling out a bag of gold coins and clunking them on the arm of his throne, with pregnant meaning. I’m sure that the Russian intelligence operatives who feed Putin’s foes Polonium with their breakfast eggs aren’t just in it for the money, and when Ramon Mercader killed Trotsky, he was on the NKVD payroll. For some reason that I do not fully or even partially understand, it seems less creepy if the murderous agents of the state are acting on the orders of their 9-5 supervisor, rather than trying to cash in on a reward. I’m not sure whether Henry II rewarded the 4 knights who killed Beckett, but they were technically on the payroll at the time; a bit of the old ultra-violence is a knight’s remit. 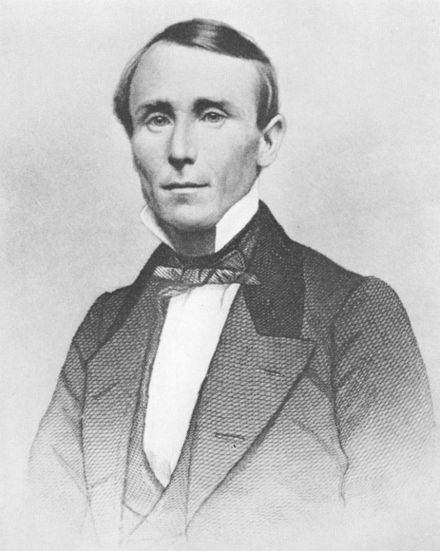 All of this state-sponsored murder-y stuff is in my mind, as I was reading about the recent “Rednecks Gone Wild” incident off the coast of Venezuela. The US media isn’t making a big deal about it, for reasons that it’s a bit awkward. Imagine if Henry II’s knights had gone to kill Beckett and gotten in a tavern-brawl, and lost, instead. You can catch the full story here [dailybeast] if you want the lurid details. The short form appears to be that the US government, tired of its pathetic strategy to get Maduro out of Venezuela, issued a $55mn open hit order on the Maduro government and Maduro personally. It’s not “dead or alive” but basically it’s “will no one rid me of this turbulent Maduro guy?” The US has made a variety of embarrassing and increasingly desperate attempts to get its own puppet into place, and has consistently thwarted itself thanks to the increasingly obvious fact that the Venezuelan people don’t want a US puppet running their country.

The US’ desire to dominate Central America has been clear since it began to show imperial interest. FYI, the term “Monroe Doctrine” didn’t really come into widespread usage until the 1850s, which – coincidentally – was around the time William Walker set himself up as president of Niceragua, with the help of a band of fiesty well-armed Californian bravoes who shot everyone who complained about Walker’s legitimacy. Incidentally, let me put in a plug for Alex Cox’ surreal 1987 film Walker, starring Ed Harris as the president, with an awesome soundtrack by the one and only Joe Strummer. It’s not a good movie, but it’s appropriate for the topic. Anyhow, the point is that the US has been throwing its weight around in Central America since shortly after the US began to have any weight at all.

Just a few weeks ago, on March 26, Secretary of State Mike Pompeo promised very big rewards for “information leading to the arrest and/or conviction” of the top people in a Venezuelan regime that the United States no longer recognizes: $15 million for Maduro himself, and $10 million each for four of his top officials, all charged by Washington with drug trafficking.

Charging the Venezuelan government with drug trafficking is like charging Washington politicians with war crimes. Actually, that’s a pretty good parallel: imagine if the Iranians put out a reward on Pompeo’s bloated, misshapen corpse, for crimes against humanity, and a bunch of rowdy Russian ex-spetznas decided to try to collect on it.

They were a seaborne assault group of about 60 men, with another 50 or so fifth-columnists already behind enemy lines, all hell bent on regime change. They were going up against the Venezuelan army’s 130,000 active duty soldiers and another 220,000 paramilitary loyalists.

That is what made me bring Walker into this out of focus picture frame: Walker had a similarly whacked force structure. 160 men and some local mercenaries against an entire population. Remember that Walker was operating in the peak of the European colonial period, when a small band of white men with repeating rifles and modern revolvers, could make a godawful mess out of the locals without having to have a whiff of competence. Kipling had not written The Man Who Would Be King, yet, but you can see where it comes from. These US American “former” CIA/special forces whack jobs were going to sashay into massive opposing odds and win because we’re #1, or something.

The first group was intercepted by Venezuela’s navy off that country’s Caribbean coast on Sunday. Those would-be liberators did manage to land a few fighters about 20 miles north of Caracas. But Maduro’s ground forces quickly subdued them and recaptured the beachhead.

The second prong was rolled up on Monday, allegedly after a community of irate local fishermen surrounded it.

I am vaguely reminded of Bismarck’s quip that if the British Army attempted a sea-borne assault (in WWI), he’d have them arrested by the local constabulary. You can never tell, with Bismarck, whether he was joking or not. Probably not.

The US government is now thrashing around a bit, because it’s unclear to what degree the CIA was involved, or not, but it’s embarrassing anyway. In my opinion, the Colombia angle indicates that there was diplomatic top-cover for the operation; the Colombians are not completely laissez-faire about foreign powers marshaling private armies on their territory. On the other hand, it was a tiny force – more like a beach BBQ by gun nuts than a real military operation with all the logistical infrastructure that a sea-borne assault requires (e.g.: follow-up).

[…] eight “professional American mercenaries” had been killed and 23 captured. These included two ex-Green Berets and a retired DEA agent. Maduro made a great show of holding up the captured men’s blue U.S. passports for the cameras. He also thanked the fishermen.

“The United States government is fully and completely involved in this defeated raid,” Maduro said, and went on to blame Colombia’s far-right President Iván Duque as well.

I enjoy Maduro’s framing because he’s right – anyone who has served in the US military since the Vietnam War ended is a “professional mercenary.” Remember this incident whenever the US complains about “foreign fighters” flooding one of its carefully-curated “war zones” – this is what the bottom of the barrel of “foreign fighters” looks like. I’m not saying that they’re wimps. They were probably very dangerous people. But they had less strategic sense than Trump has, which means we’re using values less than zero.

I’m reminded again of one of my former company’s official jokes:
Q: How do you know the CIA did not kill Kennedy?
A: He’s fucking dead, isn’t he?

So many fatwas, so little time.

On the other hand, $55mn is a steal. The US military couldn’t topple Venezuela for less than $100bn. What I’d really like to know is how much CIA seed money went into this spinning up tragi-comedy.

How much would we have to pay Russia to rid us of this turbulent douchebag? Asking for a friend.

CounterPunch also has a good article on the coup attempt [counterpunch]

In the early morning hours of Sunday, May 3, speedboats left the Colombian coastlines and headed toward Venezuela. These boats had no authorization to cross the maritime border. They landed on the Venezuelan coastline at La Guaira. This was clearly a hostile action, since the boats carried heavy weaponry, including assault rifles and ammunition; the people on the boats possessed satellite phones as well as uniforms and helmets with the flag of the United States of America.

It is interesting/important that CounterPunch notes the men were wearing US flags on their uniforms. It’s unclear whether they were current US military issue or just informally obtained logos and uniforms. If they were just a bunch of guys wearing US flags (and probably confederate battle flags, if that’s the kind of assholes we’re talking about) then they were “illegal combatants” who belong in Guantanamo. But if they were wearing US military issue and US government identity, then they were US government representatives and it’s a whole different story; that was an “invasion.”