Coronavirus can be thought of as a dry run for how well organized human civilization responds to a global natural disaster. I’m not counting WWI and WWII as “natural disasters” – in fact, they were more like dry runs, too; another chance for concerted and sensible human response to a crisis and another opportunity lost.

What’s being tested is the nationalist system – the current way humans organize themselves into opposing and cooperating groups at a large scale, and I don’t think it’s working very well. Nationalism has allowed us to build geographic units with integrated economies, connected into a global web that is an ad hoc economy. There have been warning signs, there, for a long time – as much as we laud the idea of “markets” we are equally careful to ignore the fact that global trade is often marred by “sanctions” and similar state-sponsored economic blockades based on the rightness of might.

The whole premise of the global order is that governments exist, bound in a mutual obligation with “their” people according to some kind of social contract. But the social contract looks more like an uneasy truce than an agreement among equals. Today, authoritarian regimes dominate the globe, with more societies (the US, Turkey, and Hungary) joining China and Russia as stealth dictatorships or oligarchies. The idea (if it ever was an idea) that governments are a convenient way to coordinate and organize doesn’t seem to be correct; it’s more “divide and conquer” by the ruling classes. Within the US, specifically, the ridiculous system of semi-independent federated states has clearly served to “divide and conquer” and the federal government can’t seem to keep the states from doing whatever they can to promote various forms of ridiculous religious, racial, or social inequality. The entire global political order is a joke – a squabbling and useless gaggle of gangsters who have nuclear weapons and militaries that don’t know how to defend and know only how to attack. 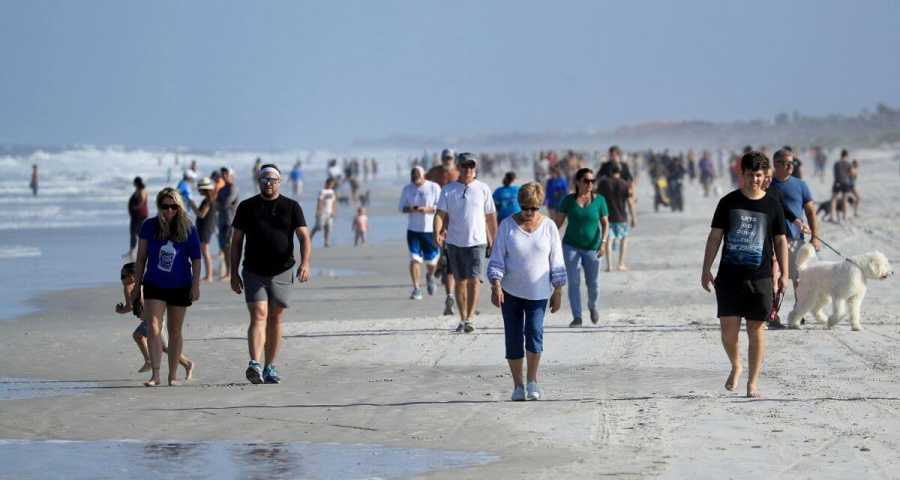 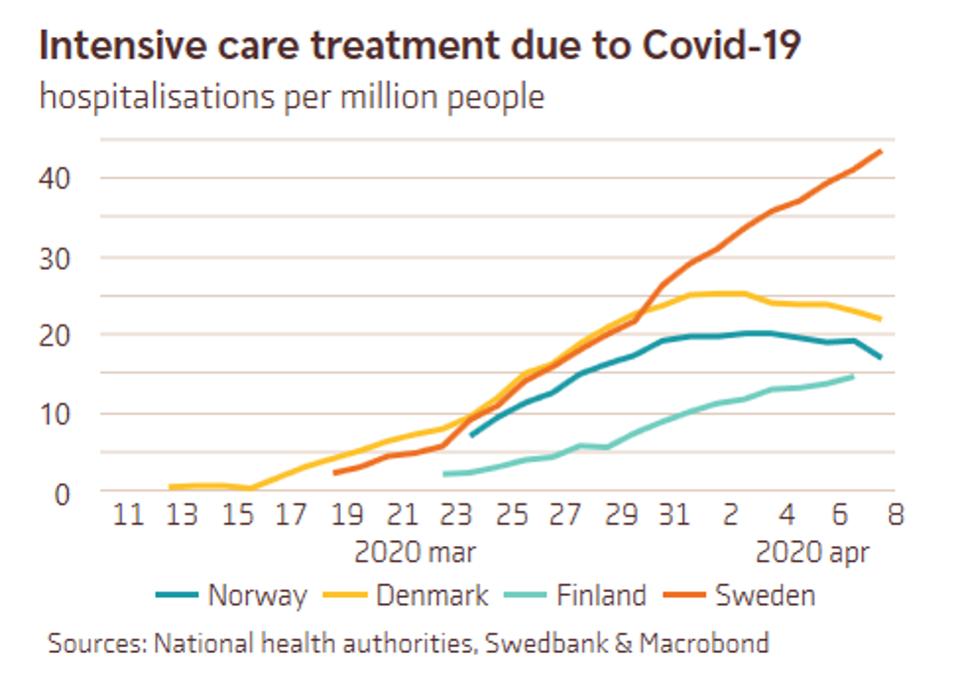 Covid comes along and the international system hiccups, then falls into dysfunction as the various governments respectively pursue different and sometimes nonsensical agendas. Of course Covid is bad for business, but the Chinese eventually discover that lying about it is worse. The US is still in the process of discovering that, and the dysfunction is fractally complex: they are running out of body bags in New York City but the dipshits in the Florida legislature open the beach and complain that Spring Break was ruined by an excess of caution. Conservative submissives protest that their right to infect each other is being infringed, not realizing that their right to infect each other was not on the table – it was their right to infect everyone else. The US is reaping the dragons’ teeth it has been sowing when it began building schools that were separate but unequal, spawning generations of ignorami, and created a corporate-owned media that is nothing more than a propaganda arm for rich chucklefucks’ idee fixe du jour. In Korea, offshoot christian cultists spread the virus while proselytizing internationally, in Sweden they stubbornly pretend everything is normal while across a bridge the country next door is locked down. It’s as if there’s a global contest to see who can be the dumbest rock in the bag, and then Donald Trump opens his mouth and rakes in all the chips.

Remember, except for the governments which are propped up by naked force, the premise is that they are here to protect and organize the people, to coordinate and collaborate as necessary, to foster human well-being and to maintain the laws. Wow, it was hard to type that without slamming my face into the desk repeatedly. But, seriously, that’s what they say, and we’ve got no choice but to pretend to believe it.

Because all of this is a dry run. What is coming down the pike is going to be vastly worse. The climate has changed and recent research indicates that the rate at which CO2 is entering the atmosphere mimics the rate at which it entered the atmosphere during the Permian Extinction. [mit] Of course, the CO2 plumes that triggered the Permian Extinction were probably volcanic in origin, and went on for hundreds or even thousands of years, but you’ve got to agree we stupid little humans are giving Mother Nature a great big fist in the nose, aren’t we? When humanity encountered SARS in 2002, governments did the same thing that they tried to with Covid: keep tourism bustling and pretend nothing is happening. That was also a dry run. Governments actually did what they were supposed to and planned for similar disasters, but then the budget cutters, you know, the DoD needs more money and all the science stuff doesn’t seem to be helping anything… When the hurricanes and flooding begin gobbling more cities, governments will say “we never expected this!” in spite of decades of warnings and decades of kicking the can down the road so someone else can deal with it.

While the causes of this global catastrophe are unknown, an MIT-led team of researchers has now established that the end-Permian extinction was extremely rapid, triggering massive die-outs both in the oceans and on land in less than 20,000 years – the blink of an eye in geologic time. The researchers also found that this time period coincides with a massive buildup of atmospheric carbon dioxide, which likely triggered the simultaneous collapse of species in the oceans and on land.

The researchers also discovered evidence of simultaneous and widespread wildfires that may have added to end-Permian global warming, triggering what they deem “catastrophic” soil erosion and making environments extremely arid and inhospitable.

The report is based on some cool science. 20,000 years is probably not achievable by humans, because humans’ efforts to shit up the atmosphere will be self-limiting, but we’ve managed to put the atmosphere on the same CO2 ramp, and that’s quite a dubious achievement. Be careful not to whisper about it near Donald Trump or he’ll start tweeting about how great the Permians were, he knew them when he lived in New York and they had the best ever parties.

The group collected clay samples from ash beds both above and below rock layers from the PTB. In the lab, they separated out zircon, a robust mineral that can survive intense geological processes. Zircon contains trace amounts of uranium, which can be used to date the rocks in which it is found. Bowring and his colleagues analyzed 300 of the “best-looking” grains of zircon, and found the rocks above and below the mass-extinction period spanned only a 20,000-year phase.

Bowring says now that researchers are able to precisely date the end-Permian extinction, scientists will have to re-examine old theories. For example, many believe the extinction may have been triggered by large volcanic eruptions in Siberia that covered 2 million square kilometers of Earth – an area roughly three times the size of Texas.

We won’t be doing that. Because, to do something like that would take a massive, coordinated effort – and humans and human governments just don’t accomplish things at that level. On the downside, we can’t seem to accomplish the kind of massive, coordinated effort it would take to respond to a pandemic, let alone collapsing agricultural systems and attendant starvation, flooding, and drought. I’m not trying to downplay the severity of the coronavirus but, basically, the solution is social distancing, isolating the infected, hunkering down and working to develop a vaccine. What’s coming from global climate change does not improve when you hunker down; we’re going to face a choice similar to the one the governments are facing: shut it all down, or have a solution. Wow, think how much money would have been saved (and made!) if someone had kept working on speeding up the process of developing vaccines when SARS flickered across our screens as a sort of dry run? Washington just threw trillions of dollars at a bunch of rich people in an attempt to kickstart the economy, but the real way to deal with that sort of problem is not to build a collapsible economy based on shit jobs and shell corporations. Remember, these are the assholes who said a “Green New Deal” was too expensive, and that free markets are everything – until a virus blew a hole below the waterline of their free market and suddenly fiat currency and “fire up the printing press!” become the order of the day.

Remember the Kyoto and Paris accords? They were set to try to limit CO2 release to a level that would result in only a projected rise of something below 2 degrees celsius. From there, the governments of the world immediately started to cheat in every possible and significant way. The US declared that its military “does not count” against its carbon footprint, because we’re the USA, and since regulation had gotten thin, frackers began blowing off huge plumes of methane and nitrous oxide. But the US couldn’t even keep up that pretense; it’s time to hunker in place and hope the thing blows over – which isn’t going to work if you hunker in New York, Boston, Miami, or Los Angeles. The rest of the world is going to suffer disproportionately because they didn’t land-grab as much real estate as we did and they’re going to be up against the borders of formerly friendly, now hostile, members of the international system. When the IPCC made its estimate curves for CO2, there was one labeled “worst case scenario” that heads for a 6-8 degree celsius temperature increase; that’s the one we’re on. 4 degrees C is inevitable, already; it’s not as though slamming on the brakes would stop this trolley car from going where it’s headed, it’s going to happen.

We’re so fucked that it almost seems like it makes sense to join Trump and his ilk, as they wallow in stupidity and denial. Not that that’s going to help, either. It just saves some effort. Covid is another dry run opportunity for the governments of the world to show their wisdom and resolve in the face of a global crisis. This does not look like a win.