I’m becoming fascinated by the current moment in history: we are heading into a genuinely unknown situation and it feels like we’re paused on the edge of something, about to slip and go careening violently down into an abyss – or, perhaps, not.

There are people who are greeting this with stupidity and there are others who are staggering along with a wry quip. Since it doesn’t matter what we do, really, we may as well look at the bright side. Here’s my short list (feel free to contribute): 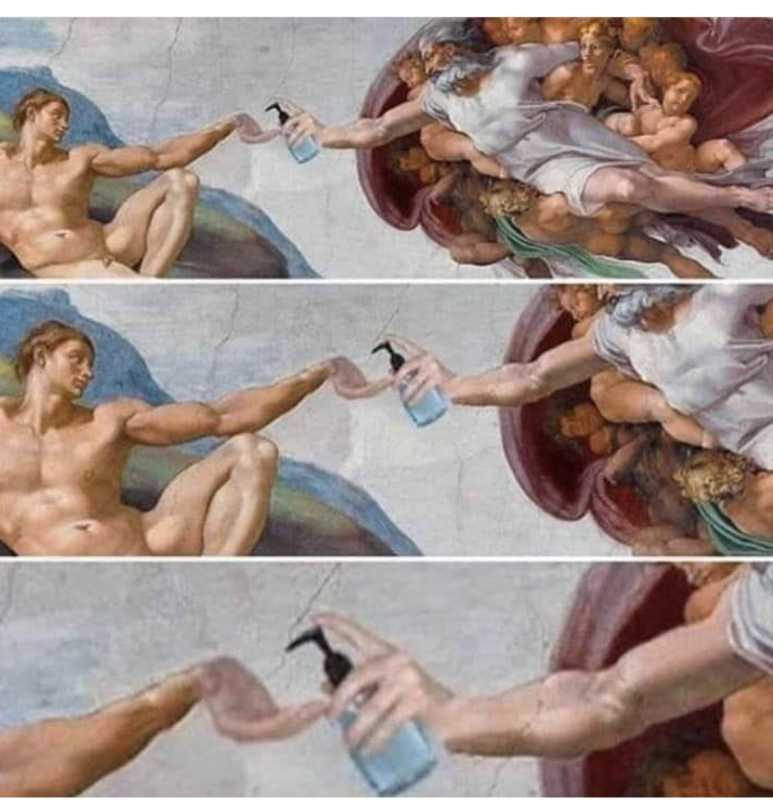 A meme I found on the internet

And let me say: I know that the poor and working class are going to suffer the worst from this. There’s a good chance that the republicans will steal elections wildly using the coronavirus as an excuse. I hope that people who are disenfranchised and fucked over remember to thank their republican representatives and bosses appropriately. This is one of those things that brings out the best and the worst simultaneously and the worst are already running the show (and doing a fine job of it!)

I’ve got Leonard Cohen’s You Want It Darker on infinite repeat, which is probably not a great indicator of my mental state. I think I’ll cheer it up a bit by adding Bob Dylan’s A Hard Rain’s A Gonna Fall. Yeah, that’ll do it. What’s on your coronavirus music rotation?

We’re feeling pretty sorry for ourselves, but it’s really peanuts compared to what we inflict on others (Syria, Libya, Yemen, Iraq, Iran) – it’s not as though the North Koreans have sanctioned us by suspending all shipments of toilet paper.

As a replacement for handshaking, I use a Wu Tang-style covered fist bow. This bullshit about bumping elbows or feet: the point is to keep your distance and nothing says “keep your distance” like a martial arts bow.