A bunch of years ago I got to know Jonathan M., who runs a custom Japanese calligraphy production; he mounts the artworks and his wife, Shihan Yoshimi M., does the brush-work.

I suspect I annoy them a lot. Yoshimi Sensei apparently did not like the chunk of Lao-Tse I inflicted upon her (if you notice the scroll hanging near the pink press in my forge, it reads: “the weapons of war are unfortunate instruments.” from Tao Te Ching) I managed to prevail upon them to produce another one which I gave to my sword-making teacher, Michael Bell. It says “The secret to sword-making is: it’s hard work.”

In 2008 I commissioned this one, which hangs where I always see it, right outside my office. It’s a quote from David Attenborough, which I believe captures the essence of the man, and represents one of my life’s ideals: 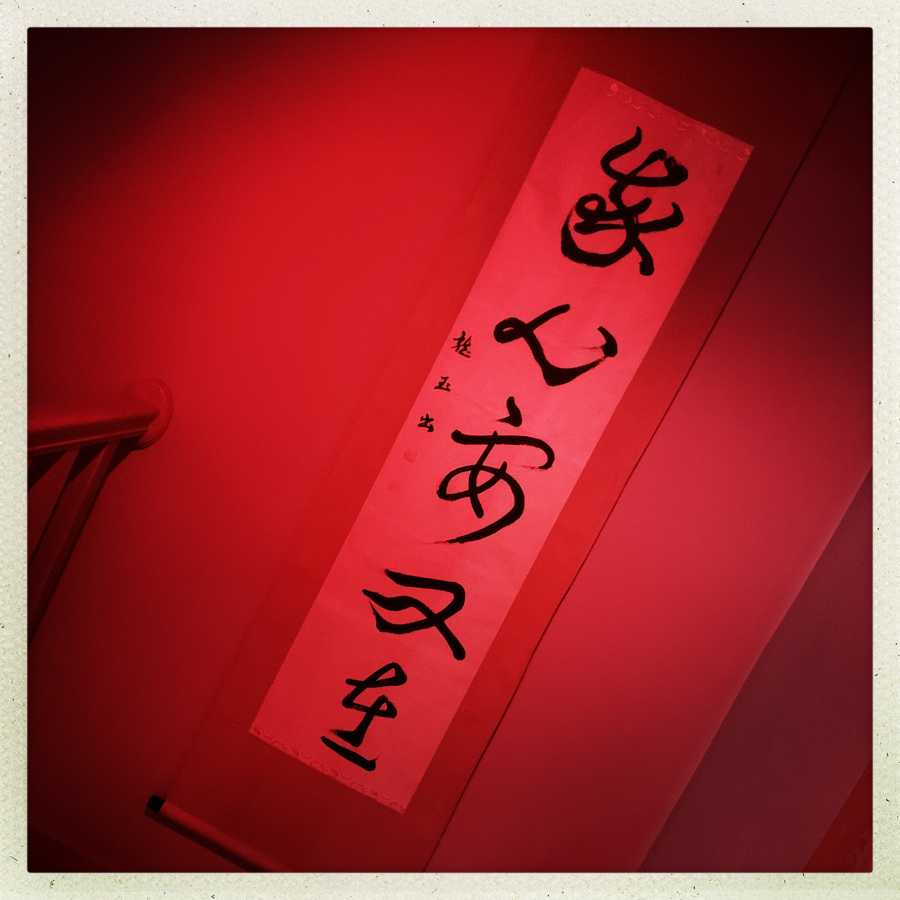 Attenborough’s OK, don’t worry this is not my way of announcing his death or anything.

All of the lights in the upstairs of my house are RGB LEDs controlled together. (They’re not internet light bulbs; they’re very good, and much cheaper and more reliable. Made by Coidak. Unfortunately discontinued) Anyhow, I keep the house lit with dim red lights at night because why not? It’s very gothy-soothing.