A few weeks ago I mused out loud about some weird symmetries regarding emails. [stderr]

My conclusion is that trying to conceal evidence that is contained in emails is probably the fate of corrupt politicians, everywhere. Even if they smooth up their acts a bit so that they’re smart enough not to create the evidence themselves (I doubt Trump sends emails; he can barely use twitter) or they teach their henchmen-once-removed to be a bit more careful; there’s always some mid-level functionary that takes copious notes and winds up at the trial. If you think of government as a vast, mostly incompetent, conspiracy, it makes sense how the email leaks happen, their significance, and how far up the chain of command they go.

But here’s another weird symmetry that’s playing itself out in public and appears to be being largely ignored: 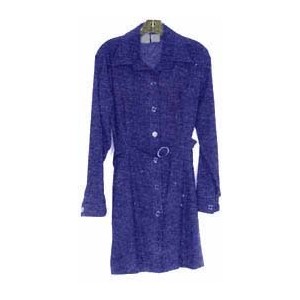 Yes, it’s Monica Lewinsky’s blue dress, with presidential DNA sample permanently added somewhere on it. That blue dress featured prominently in Bill Clinton’s impeachment. It was a situation that was ripe for comedy because, other than the stark power differential between the individuals, it was consensual. They caught Clinton lying about it, because a Clinton’s first instinct is to lie, and the gigantic show began. In fact, some of the same actors as played parts in the first show, re-appeared to play roles in the current theatrical run. [Where was Ken Starr, by the way? Did the republicans sideline him after Dershowitz’ “Amazing Geriatric Lawyer” show?] 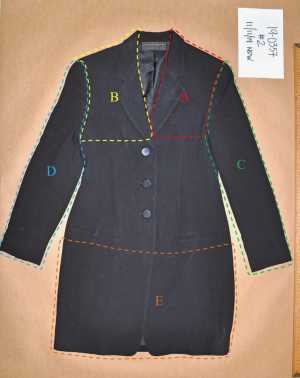 There has been an ongoing court case in which the president is credibly accused of rape, and everyone seems to care about whether he enlarged lines on a weather map using a sharpie. Admittedly, a guy who’ll do something wanton like that is, probably, the kind of guy who’ll also sell anyone and anything to get elected again, so we should investigate that.

What’s so odd about all this is that Trump is clearly aware of the Clintons and their failings. He even tried to rub Bill’s infidelity in Hillary’s face during the debates – because, to misogynists, infidelity is the woman’s fault for not trying hard enough, apparently. But, now, behold the man. [wapo]

E. Jean Carroll, a New York-based writer who last summer accused President Trump of raping her in the 1990s, requested Thursday that he submit a DNA sample to determine whether his genetic material is on the black coat dress she said she was wearing during the alleged assault.

Even the media are downplaying Carroll’s accusations, “alleged assault” and “perhaps it will show something” – as if the accusations against Trump are somehow hard to believe, or that women always lie about things like this. Especially,when they put their entire case on the line by asking for a DNA sample that would categorically prove the origin of the jizz. Would we then have more symmetry, as Alan Dershowitz, who was part of OJ Simpson’s defense team that managed to put DNA evidence on trial, would re-surface from Lolita Island long enough to argue that the DNA tests are not conclusive because they don’t go to 100%?

I’m coming around to the “simulationism hypothesis” that we are all living in a video game – a particularly badly scripted video game [Hideo Kojima, probably] where they keep resurrecting plot devices out of sheer laziness.

If we weren’t in bizzarro-world, perhaps it would be worth trying to impeach the orange bumwipe for this, but as we’ve already seen it won’t go anywhere. They’d slow-walk the DNA tests amid claims of immunity, and Trump-installed judges would order procedural delays and even if he was convicted, we’d have the nauseating spectacle of republican senators saying that “a bit of rape doesn’t rise to the level of ‘high crimes’, everyone does it, in fact we should investigate Biden to see if he’s raped anyone.”