I’m trying to assemble a mental time-line of who knew what, when, and what they said. The big picture makes no sense.

That’s the heart of the Trump administration, to me: it makes no sense. I don’t have a feeling either way whether it’s deliberate or just an emergent property of a self-organizing system that has gone awry. I’m aware that the real meat of the Trump administration is the packing of the judiciary, the tax giveaway to large corporations, and the rollbacks of all sorts of legislation that the US proto-fascist wing has wanted to do away with. It’s a pure power-grab, but it confuses me that the frontman is clearly devoid of any ideology. Is this also an emergent property of the system as it organizes? The evangelical reactionary bloc takes a look at the capering jackass and shrugs, “this will work.”

But how did it happen that Trump, who made such a big deal out of Hillary Clinton’s emails, is trying to stonewall the release of incriminating emails? [mj]

The Trump administration has refused to turn over 20 previously undisclosed emails about the freeze on security aid to Ukraine that is now at the center of the impeachment of President Donald Trump. Now a federal judge may decide whether the public will get to see them. 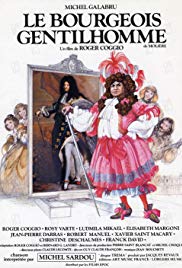 At the time when Trump was whipping his goons into a frenzy over Hillary Clinton’s emails, he was stumbling into this situation on his own terms. It’s weird; it’s like something out of a play by Voltaire or Moliere. [Trump as Le Borgeois Gentilhomme wik] Obviously we are dealing with a new level of incompetence; buffoonery mixed with political blunders. The time-lag between the events of 2016 and today is too large, I do not accept the idea that this is merely “projection”.

Projection is a psychological theory that people who are worried about their actions see those actions in others (because; they are worried). So in the theory of projection, we’d suspect that Trump had been wiping emails of evidence back in 2016, when he was accusing Hillary Clinton of doing exactly that same thing. But, in 2016 it would have been impossible to see far enough forward to project that Trump would be struggling to keep emails out of public view, to salvage his garbage scow of an administration. 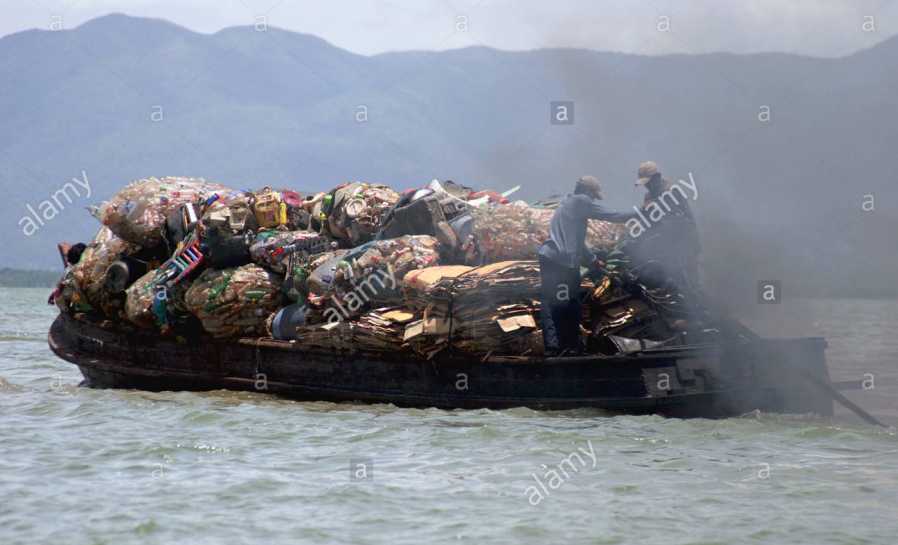 Elsewhere, I have offered the notion of an “emergent conspiracy” – a conspiracy that appears out of the woodwork, as it were, because a number of people were surreptitiously pushing in the same direction and their efforts synergize and appear to be effective. The Trump administration is an emergent conspiracy, but its salient characteristic is scripted by Voltaire’s curse: they project their concerns on others but are too goofy and incompetent to learn anything from the projection; you’d think that since Trump is careful (like a mob boss) to give verbal directions, and keep them vague, one of his consigliere might have been clever enough to realize that they needed to keep the entire chain of events out of email, and out of the public record. Instead you’ve got dipshits like Sondland bragging that they get calls on their private phones from the president of the united states. Wow.

I know that the servers those emails went through are not under direct control of the executive branch, but it’s wickedly ironic that, now, Trump is probably wishing they’d invested in a copy of BleachBit. [p]

Hillary Clinton’s lawyers used a special tool to delete emails from her personal server so that “even God can’t read them,” House Select Committee on Benghazi Chairman Trey Gowdy said on Thursday.

Gowdy (R-S.C.) said the use of BleachBit, computer software whose website advertises that it can “prevent recovery” of files, is further proof that Clinton had something to hide in deleting personal emails from the private email system she used during her tenure as secretary of state.

Projection doesn’t seem like anything special to me; it’s simply a side-effect of someone using another person as a stand-in for imagining what their concerns would look like in a third party. I.e.: if you’re about to rob a liquor store, you might look at some random other person and wonder, “if they were about to rob a liquor store, would they wear that outfit?” It seems to me to be a cognitive hack for exploring one’s options in a situation that hasn’t happened, yet.

That makes Trump’s situation even funnier: they didn’t manage to learn a damn thing from what Hillary Clinton went through. They didn’t plan for this, because they didn’t think. At all.

If we ever see an administration that only uses face-to-face messaging, never writes anything down, doesn’t use computers, and establishes a wall of cut-outs between the higher office and the rank and file, then, well, it’s probably run by Vladimir Putin.

Since we’re into the land of weird symmetries, I am fantasizing about a scenario in which the weird symmetries continue. Imagine the Iranians decide to do a full-up market press by announcing “Apparently you guys are OK with another government interfering with your elections, so we’ve decided to do that.” Then, they set up a troll farm operation, buy facebook ads and twitter feeds, and start leaking Trump’s financial information, and dropping whatever they can get their hands on, spinning it politically just like the Russians did to Hillary Clinton. It would be possible to bring the Trump administration’s interior processes to a screeching halt through a strategic program of disclosing information across many channels, using a variety of timings, to put them into a “death by a thousand cuts” scenario where they are fighting endless brush-fires.

The obvious place to start is to interfere with Trump’s twitter stream. For one thing, that would make twitter frantic, which would be a good thing, and for another it would sharply reduce his followers’ ability to trust that information. I’m surprised nobody has done that, yet, but probably that’s only because the other nations that have significant hacking capabilities are mostly on Trump’s side. If you can’t deplatform someone, what you do is render the value of the platform to be zero.

Michael Bloomberg, if you’re listening: since apparently this is how things are done now, why don’t you put a $5 million bounty on Trump’s tax info? I don’t think that would even be illegal, so long as you don’t touch the data yourself – just pay the bounty (plus lawyers) for whoever publishes it. Apparently this is how things are done in 2020; why not see how Trump likes it?

The Distant Drums » « My Candidate for “Game Of The Year”