At one company where I worked, we had a few deliberately stupid conversational games that we would sometimes play, just to fill silence.

“Pirates, Ninjas, Giant Robots” – who wins? It’s a pointless argument, and it became a signal that “we are having a pointless argument” if someone in a meeting said, “I think giant robots would win…” everyone would take a pause and re-assess whether they were just arguing for fun or whether it was worth it. Another game was the “Zombie Outbreak game” that was an exploration of software engineers’ tendency to pick at eachothers’ solutions to problems. The outbreak game was played by going around the room and each player would put forward a zombie outbreak response plan. Then, everyone would shred it, and we’d go on to the next. There may have been alcohol involved, sometimes.

Lately, I have been daydreaming about how nice it would be to not live in this world – a world where half the population seems to be living under authoritarian rule, and the rest are eagerly wishing for it. The leaders of humanity seem dead-set on turning the planet into an experiment in runaway heat-feedback. I’m getting old, too – my joints hurt every morning, my memory is getting worse, I have a row of kidney-stones waiting to rip loose, and my teeth are starting to crumble. Eventually the wheels will come off the bus and the whole mess will wind up skidding and smoking in a ditch – which is what I think the US and Great Britain are working on: the mop-top authoritarian crowd are in the drivers’ seat, put there by mountains of dark money, and they’re leading a chorus of “Drill, Baby, Drill!” as the bus goes faster.

I fantasize about if I could go somewhere else. And I wonder where you’d go. If you could step into a computer game that you’ve played, and not have to come back out.

I found it a difficult challenge. For me, there would be 3 possibilities, and it’s really hard to pull them apart. World of Warcraft, Elite: Dangerous, and Fallout: New Vegas. Let me explain. Then, I’d love to hear where you’d go, in the comments below. 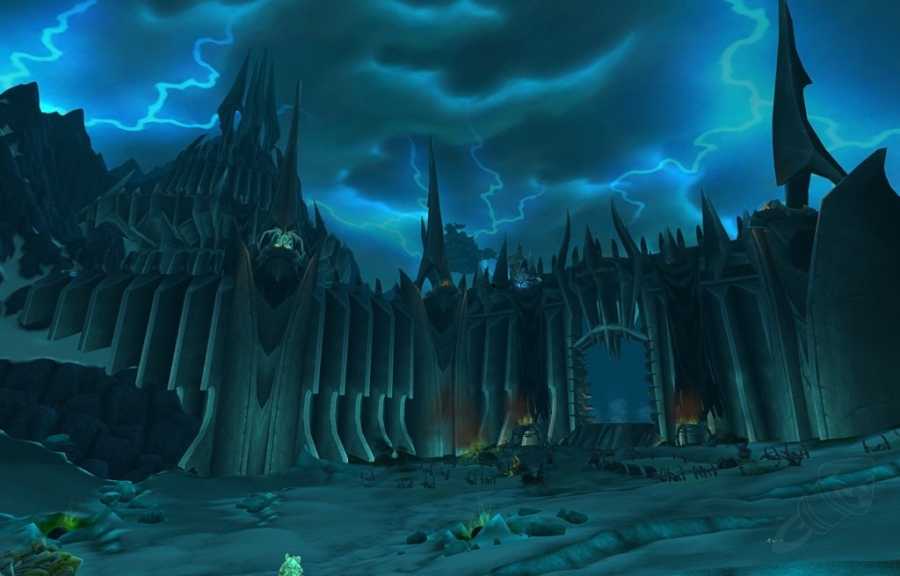 World of Warfcraft: Flying mounts, great big castles, and gankable bosses, with great design sensibilities and lots of cool places to explore. Since I slapped down Arthas, The Lich King, I don’t think it would be inappropriate to take over and renovate his high seat at Icecrown Citadel. It’s cold up there but nobody seems to care about cold. Meanwhile, it’d be great to fly over to Halfhill in Pandaria for dim sum on Sunday mornings, or to go fishing in Stranglethorn. Brexit’s got nothing on Azerothian politics, though, but at least in World of Warcraft you can raise a raid team and go clean house on bad politicians. That’s how we got Garrosh Hellscream out of Orgrimmar, after all. Wait… Did I just admit that I’d be taking over The Lich King’s throne in the name of anti-authoritarianism? There may be a problem, here. 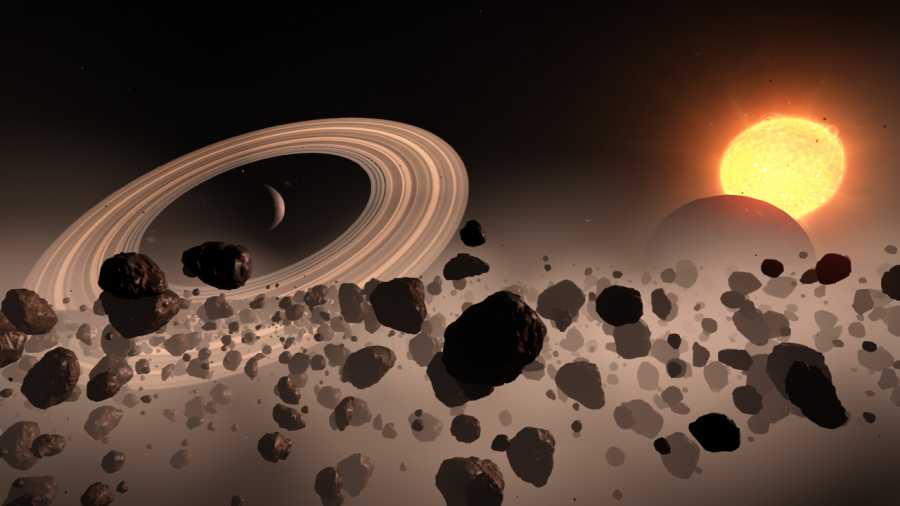 Elite: Dangerous – to me, the main appeal of living in the universe of Elite is something utterly unrealistic about it: every individual has the power to liberate themselves completely from politics. All you have to do is beg, borrow, steal, or earn the money to buy a big ship and then you can leave human space and never come back. The ships are huge – my Imperial Courier Ship M/V Now Look What You’ve Gone And Made Me Do is basically a flying New York City block with an independent fuel collection system (and if I run out, there are always the Fuel Rats) – you can load the basement hangar bay with supplies and a workshop, hire a professional cook and perhaps someone who’d keep the place clean and a shop assistant, then go somewhere where you’d never have to come back into the human power-structure ever again. In the world of Elite, politics are super-unrealistic: nobody would put up with politics unless they wanted to play – they’d just leave and find someplace pretty to hang out for the rest of their lives. In-game I have enough resources, which are honestly acquired through exploration and mining, that I’d be able to live comfortably until I died, working my projects and enjoying the view. If I got tired of the view, I’d spin up the friendship drive and change it. Basically, an Imperial Courier ship is like a really really big very plush trailer home with missile racks and a jump drive and you never have to empty the poop tank. Hell, yeah, baby! 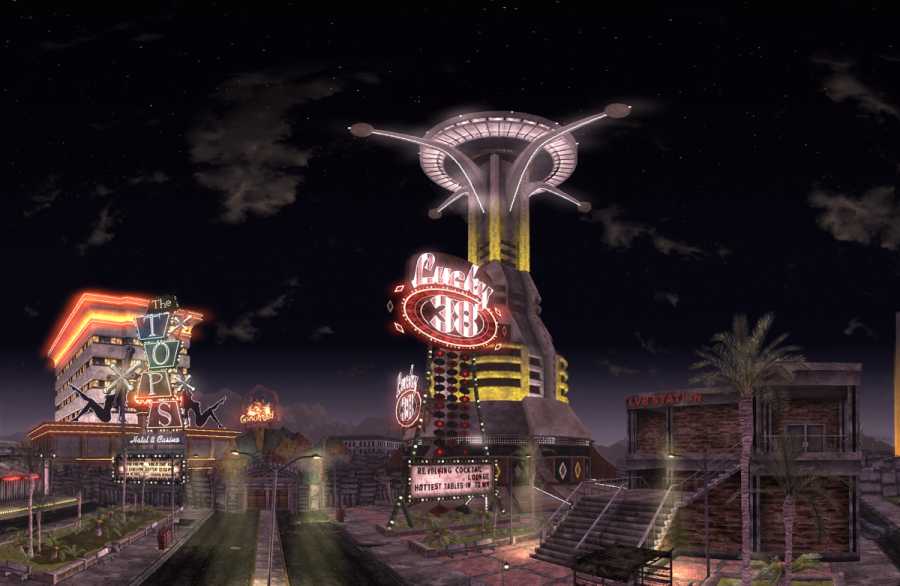 Fallout: New Vegas – The path of The Courier is complicated and hard in Fallout: New Vegas. You have choices that sort of matter, a lot of baddies to kill, and you start the game with a nasty wound and memory loss. As the game story evolves, you wind up in the middle of various factions that want to reconstruct human civilization in their image. Most of them are nasty. So, I decided to role-play the game in my own anti-authoritarian way, by wiping out all of the leaders of all of the factions. Then, I left and retired to my suite at the top of the Lucky 38 Casino. As it happened, I had completely forgotten to play one of the DLC modules so I saddled up and hiked into the sunset, bent nearly double under a load of firearms and ammunition, and inhumed the rulers of the Big MT, then went back to contemplating the view. In Fallout, there are a lot of interesting leaders: a sort of president, a Caesar, a collective of robots, a bunch of mormons, an immortal casino operator. It took a lot of work but I finally put some bullets through Caesar, had the president thrown off the Hoover Dam* and used my silenced .22 on the casino operator. In other words, I became a counter-balancer of sorts to all the authoritarianism that was arising to crush the human spirit after an admittedly soul-crushing nuclear war. I am less sure I’d want to live the rest of my life in that world, but what I am really sure about is that they’d be pretty happy to see the end of me.

A runner up would be the world of Dishonored, except that cleaning up that place would be a lot of work.

I note, after some thought, that what I really don’t want is a world where I am constantly having to deal with other people’s politics and mess. That means that an endless tour as “Savior of Azeroth” would probably turn me into an authoritarian sort of cross between the Lich King and Marie Kondo. Unfortunately, the Azerothis always have their equivalent of Boris Johnson and Donald Trump (only better looking) who want to genocide someone, and you have to leave your frost-palace and take up your dual-wield instances of Gar’Tok, and go sort them out. Same as in Fallout. That leaves me with Elite: Dangerous. In the universe of Elite, you can morally opt out of civilization, choosing to swoop in sometimes and fire fuel at a person who needs it, but otherwise can spend one’s time in contemplation of the vistas of icy planetary rings, or the accretion disk of a black hole. Compared to Brexit and Trump, a black hole seems cool and organized. I’ll take it. 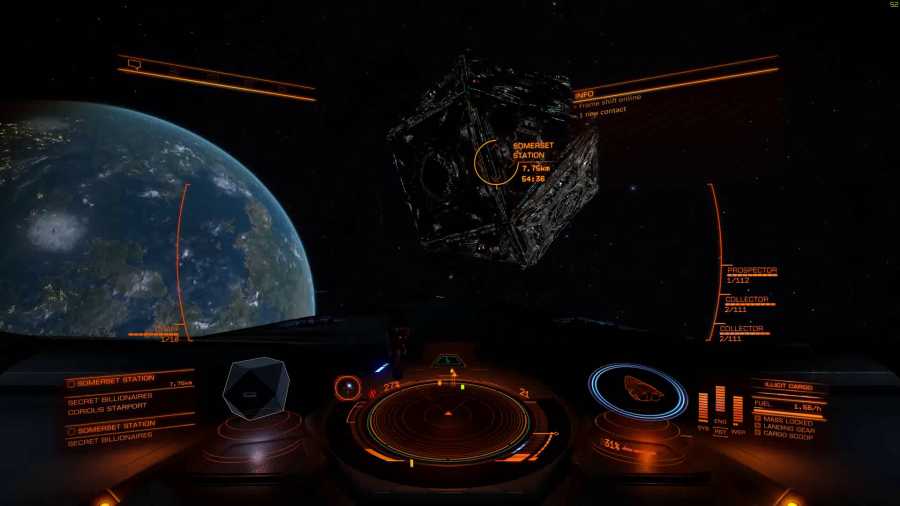 Sometimes I head in for sushi at I Carinae

* Well, his general, anyhow. I imagine the president was sent down as a chaser.

Monday Meslier: 96 – There Are No More Detestable Animals In This World Than Tyrants » « Fake Diplomacy