That is not dead which can eternal lie. And with strange aeons even death may die.

Quoting Lovecraft may be uncool; I know he was an asshole – but his writings were excellent at conveying a sort of creeping poisonous dread that is very appropriate for radioactive poisoning. In a way, I suppose, these substances that never would have occurred naturally, are literally the stuff of supernatural terror. 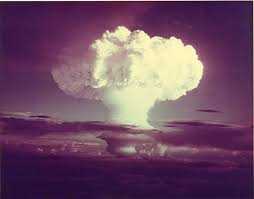 The first H-bomb (Ivy Mike) was set off in a worthless (but inhabited) test-ground far from anything, in the Pacific. Ivy Mike exploded harder than expected and completely vaporized the island of Elugelab – it was a ground-burst, so it sucked up a lot of sand and stuff that was formerly island, irradiated it, and lofted it up into the atmosphere. Eniwetok Atoll, where Elugelab formerly was, became a testing-ground for nuclear weapons and – as usual for the military – they made a great big mess of the place.

Clean-up efforts consisted of shoving everything into a hole and putting concrete over it. This was deemed to be such a good idea, that the US shipped tons of irradiated dirt from its own nuclear processing labs, to bury safely far away from the motherland. 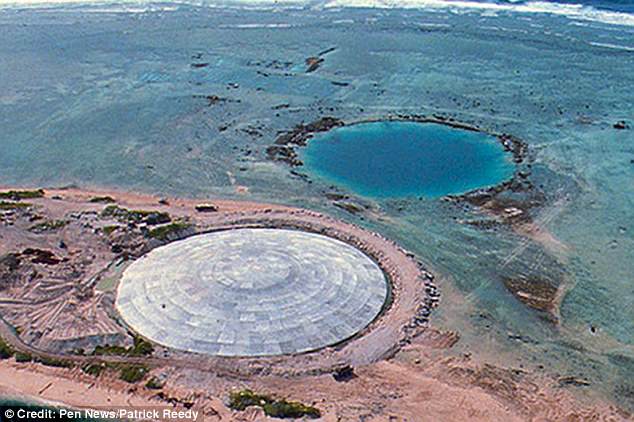 The background radiation there is higher than at Chernobyl, in spots.

They didn’t think about global warming and ocean rise. There’s already some leakage going into the local water, but the whole thing is going to be submerged eventually, unless they move it, or build a wall around it and it becomes a little tiny island.

Maybe they can call it “R’lyeh.”

More on this cheerful story at Vice [vice]

Maybe It’s Just Showing Off » « Getting Political For a Minute