This is a great example of how capitalism fails to produce good outcomes for anyone but other capitalists.

LONDON – Hundreds of thousands of vacationers were left stranded when one of the world’s oldest tour companies, Thomas Cook, abruptly announced Monday, with some of its flights still in the air, that it was going out of business.

Amid scenes of confusion at European airports, British officials scrambled to bring home 150,000 travelers, chartering dozens of jets to bring people home from as far away as Malaysia. It was described as the largest peacetime repatriation effort in the country’s history.

That’s one of those “externalities” that affects everyone’s balance-sheet suddenly. What did it cost the British government to charter jets to get citizens back home? 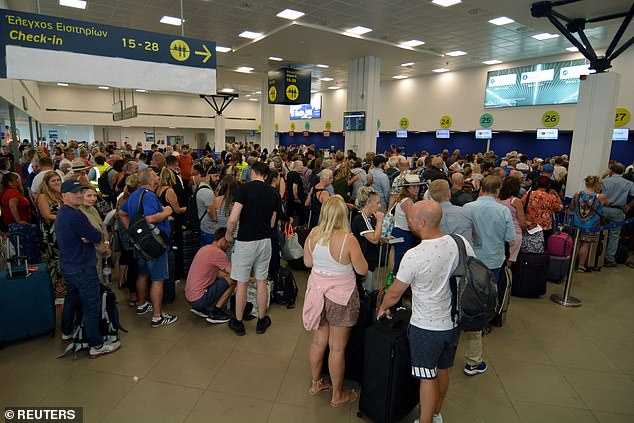 Please wait while we re-book you on “go hitch a ride on the side of the road.”

I particularly like the part about how they announced they were shutting down while some of its flights were still in the air. Did they expect the pilots to just slap on a parachute and jump out the door, or something? The pilots, presumably, flew the rest of the way to a safe landing and then were informed that they weren’t getting a paycheck and, oh, your benefits have all been stopped, too.

If Thomas Cook’s customers were surprised, British officials had less reason to be. The government had refused to mount a financial rescue of the battered company; doing so, Mr. Johnson said, would create a “moral hazard” by encouraging other troubled companies to take undue risks.

It was unclear, however, what steps, if any, the government took to prepare for the possibility of hordes of stranded travelers.

That’s all horseshit. Here’s why: when your business is faltering, you owe it to your customers and employees to try to protect them from exactly this kind of thing. The government failed in its regulatory capacity by not telling the company, “look, you’re headed for the big dirt nap, start trying to figure out how to cut the damage to your customers and not coincidentally to the government and wind this thing down carefully.”

Back when I was the founder and CEO of NFR, I had 15 employees at the time when we decided we needed to raise another $1.5million to grow faster and increase the size of the operation. I called a company meeting and explained the situation: we could get crushed by our competitors who had way more money and staff to get more work done and do more marketing, or raise money. And, I could wait until we had the money, or start hiring now with the risk that if we didn’t raise the money in time we’d be in serious trouble. It was not a democracy – I owned the decision completely – but it felt right that I was able to get an OK from the staff to risk their livelihoods. As it happened, the tech market took a hit around then and suddenly it was hard to raise money. I had to have another meeting 2 months later in which I said “this is how much runway we’ve got and you may want to have resumes on the street in another month because if we don’t land this in 3 we’re going to have to let some people go.” It was tough because most people who work for start-ups are not used to that level of disclosure; it’s as though some of them would prefer to show up for work and find the office locked, as has happened to a few tech companies, and – apparently – Thomas Cook. In the end, things worked out OK at NFR; I landed the money and grew the company up to another 100+ staff, unfortunately taking a tranche of money from investment bankers who put their guy in as CEO, and he burned through all the company’s capital then sold it at a fire-sale in 2 years.

Analysts said Thomas Cook, struggling with a debt pile approaching 2 billion pounds – nearly $2.5 billion – had failed to adjust to the changing times. While other travel companies went totally online, for instance, Thomas Cook held onto its extensive chain of storefronts.

In other words, the only people who were surprised by this were the customers and the other people who depended on the company. The other capitalists, the “analysts” were reading all the mandated financial disclosures and they could see what was coming. They didn’t say anything, and the government didn’t do anything, because … don’t scare the punters?

“If the majority of your business is in destinations which are in euros and you are against the backdrop where there is a lot of capacity and you cannot raise prices, then there is a cost squeeze,” Chris Tarry, an independent airline analyst, told the BBC.

That is what “being in business” means: looking ahead and trying to figure out what is changing in the environment. Executives need to expect the unexpected and not just set a course and hope for the best; that’s what being an executive is all about. I’m sure that when the Icelandic volcano Eyjafjallajökull screwed up travel in 2010, it impacted travel companies’ revenues. So what? They’re supposed to be able to deal with that by taking profits when they can and having a cash cushion that will let them weather hard times. Being able to deal with Brexit or fuel price surges or whatever – that’s what you’re supposed to do, and if it means you have to warn your customers, then you bite the bullet and discount your fares to offset their risk aversion. Or, you shut your business down 6 months earlier than Thomas Cook did, so you still have working capital to implement a graceful shutdown. 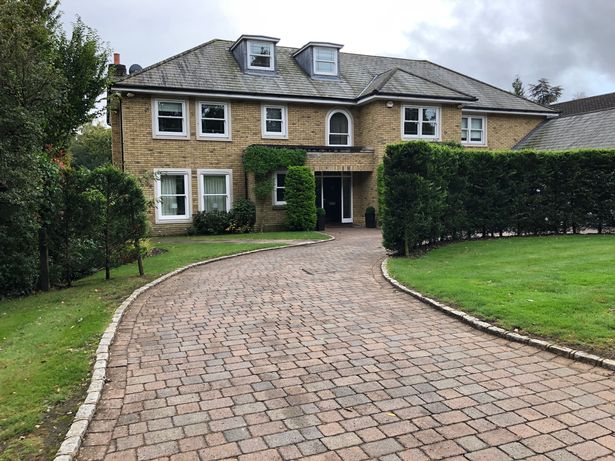 What really angers me about this story is that it appears to have been obvious to everyone except their customers that Thomas Cook was on its last legs. Well, if that was the case, they could have looked at their financial overhang – what services did they owe customers – and reimburse them or arrange transportation on other carriers, or whatever. Sure, it would be hard work and it would be painful for the staff, who would be told, “we’re shutting this down, you’ve got 6 months of work and it’s going to be hard work, and you should get your resumes out immediately.” Yes, that sucks. But it’s almost as if…

Wait, could it be? Could it be that the bosses kept the machine running a bit longer so they could milk it before they parachuted out? Nobody’d be that cynical, right? Not even a capitalist. [sun]

THOMAS Cook bosses raked in £47million from the doomed travel giant before it collapsed leaving 150,000 Brits stranded, it has been reported.

Fankhauser’s £2m estate was rented for him by the company; I bet it was a real kick in the teeth for him to have to go on AirBNB and find another £6000/month mansion on short notice. Oh, wait, he knew this was coming. His 21,000 employees didn’t and neither did his customers.