Gary M. is an old friend of mine (also a computer security guy) and is a serious cook. He’s also a serious drinker. One night at 3am after we had been up working on bottles (him on a bottle of bourbon, me on tequila and cokes) he announced he was hungry, and proceeded to make some beef with black pepper bearnais sauce. It was perfect, and amazing because he was barely able to stand upright.

Last time I visited him I measured all of the knives in his block that showed high use and casually asked him which was his favorite. When he pointed to this darkened high carbon Wusthof that showed signs of many years of abuse, I had all the dimensions I needed. 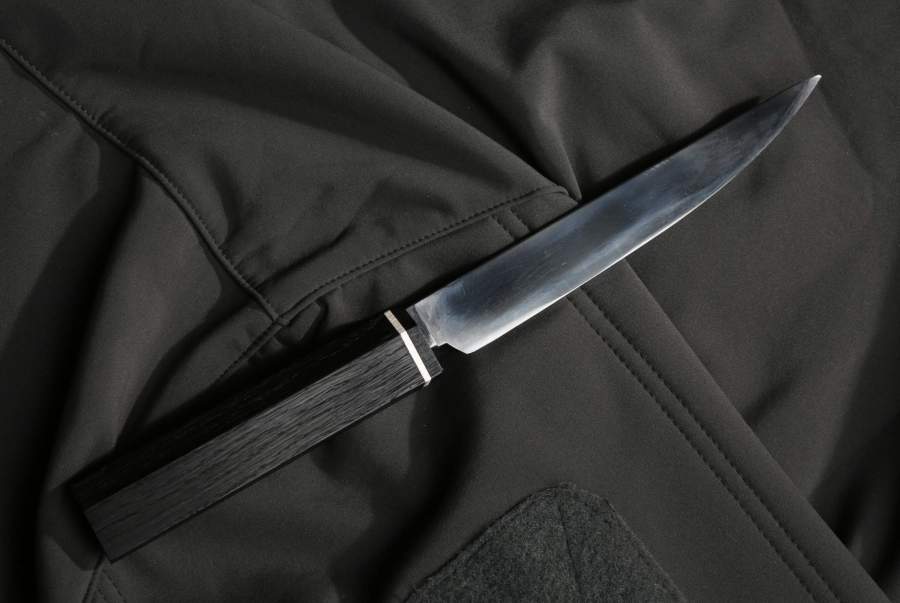 Since he doesn’t sharpen Japanese-style on water stones or a block, I made sure there was a small ricasso to keep the bolster from getting things slammed into it. Let’s not get started on “How not to sharpen a knife” Gordon Ramsay style, but Gary uses one of those steel abominations. So I did this blade in solid 1095 wire rope, nothing fancy. To make him miserable, I quenched it so that it’s probably hard enough that his knife steel thing will just skate around on it like it’s glass. I can be a bastard like that, sometimes. I didn’t try but I am fairly sure that this blade could chop divots in a knife steel.

The bolster is ebony and a big chunk of fine silver, with a handle of resin soaked bog oak. When I was getting ready to shape the handle I got a text from my friend Jenna K that she had just graduated from mortuary school top in her class, and that gave me an idea. 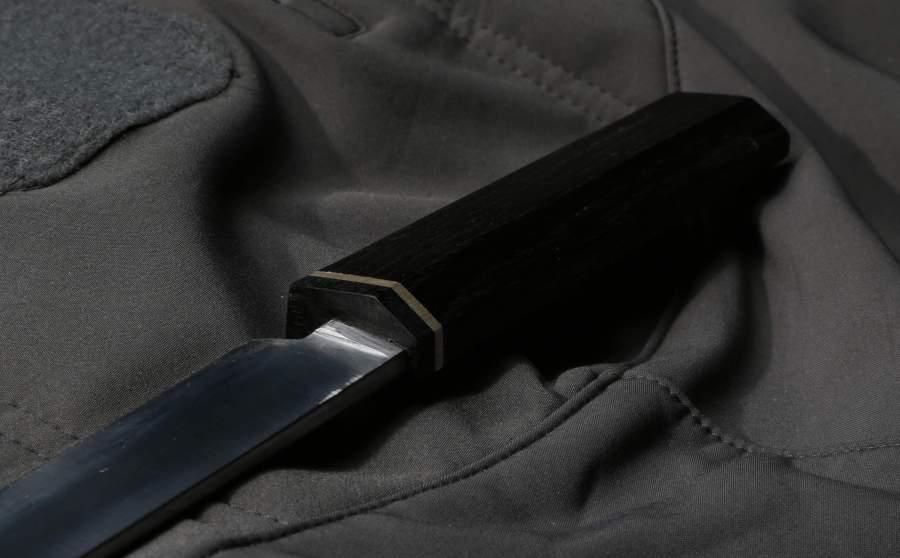 Usually when someone refers to a “coffin handle knife” they are talking about the shape of the slabs on either side of the tang. So, I was being whimsical but it turns out that shape feels super great in your hand.

After the steaks, I started nodding out, and Gary went upstairs to bed. I wound up sleeping on the brick hearth in front of the fire. As the fire died down and down, I kept moving closer and closer. When I woke up in the morning, I was sleeping in the ashes, so I tiptoed out the front door and lay down in the cool wet dewy grass. I was such a mess when the sun came up that the dogs didn’t recognize me and I had to negotiate a safe departure with them.

Waltz of the Wallflowers » « Welcome Guests