Things are beginning to get real at the shop; we moved the machinery in.

I’ll probably kick myself someday for not getting a larger hammer. But I do most of my work with the press. 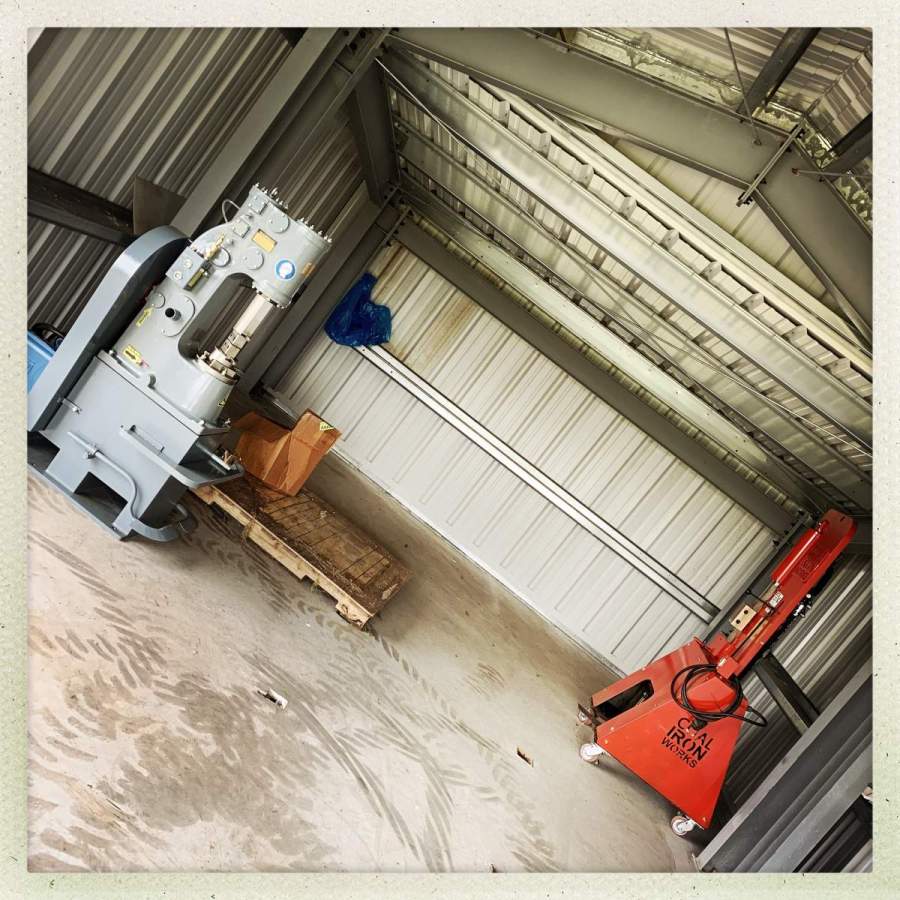 The hammer hits with the force of a 33-lb sledgehammer. That’s far harder than a human can do, and humans have hand-shaped metal with hammers for a very long time. The object here is to move metal, not splatter it.

Between the machines will sit a workbench for the forge; I plan to have a shelf under it for tongs and whatnot. All that will be made of welded steel with a refractory concrete-filled top. I’ll build a fume hood over that. It’s going to take some welding but that’ll all be fun. I can’t do the welding and steel cutting until the building has power, which is the next step. After that, it’s pretty much a question of detailing the interior. 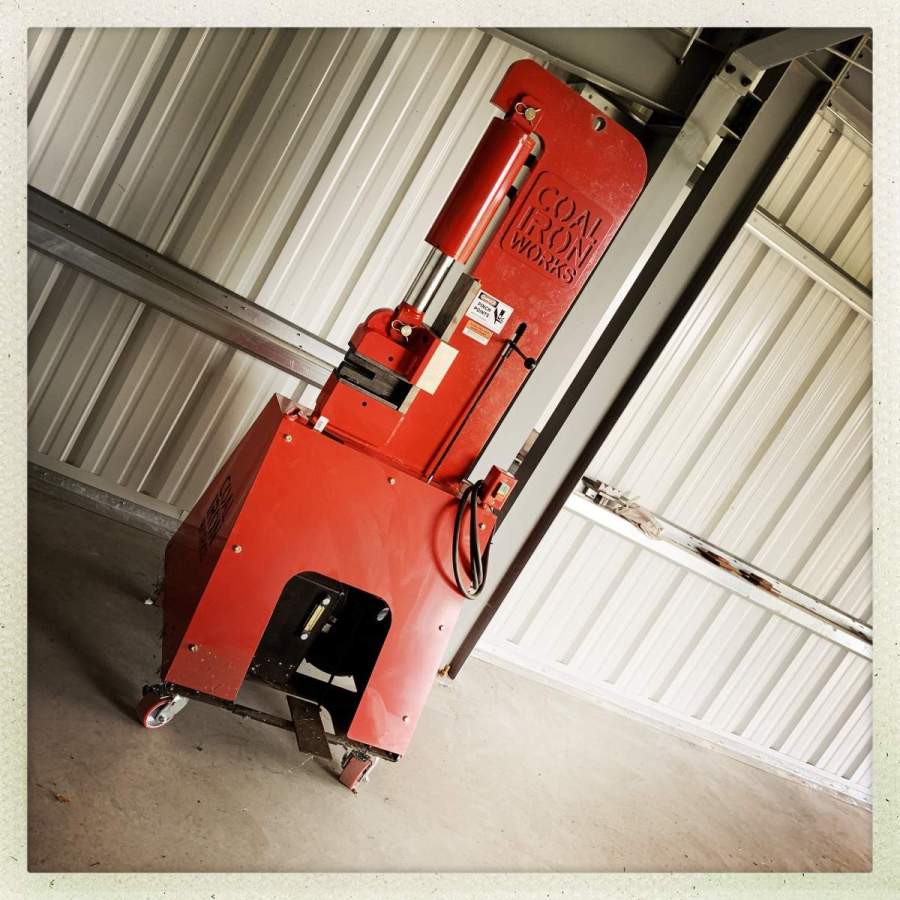 The Coal Iron Works press is a 30t model with a high speed hydraulic pump. It should be a lot faster and harder than the pink press, which I will move next to it (eventually) so I can keep a cutter mounted in it and use it for details like that. Changing press dies when they are hot and the press is running: not fun. I expect that the pink press will still get a lot of use. I may set it up so that the red press mostly carries a big flattener die, so I can use its greater power and speed to flatten and align bars. 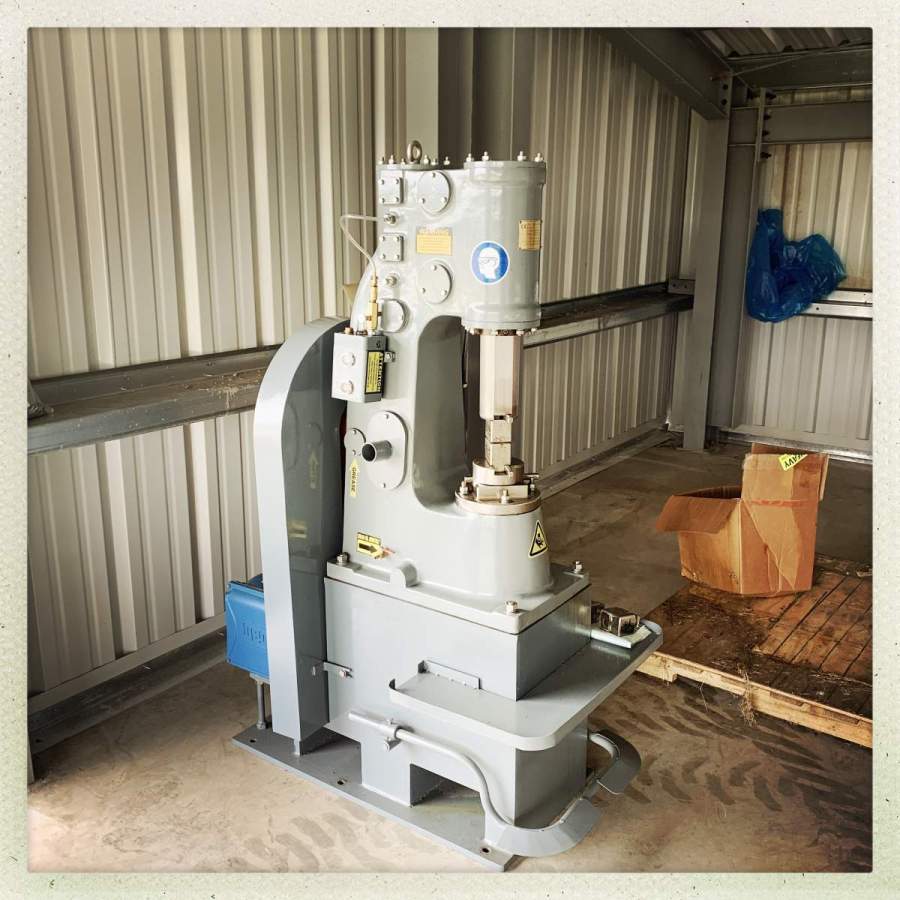 One thing you learn working with computers is that sometimes you need to read the instructions before you just start using something. When I cracked the book for the Anyang, the first thing it said was to remove the hammer-top with those 4 big bolts, and fill the base with sand to dampen vibration. That’s a good idea. Unfortunately, the crew already took their skid-steer home with them. I’m not going to try to lift the head with a come-along hooked to a beam (though it occurred to me) and get underneath it to pour sand. Nope.

It’s also recommended that the entire unit be placed on a plywood pallet then bolted down. That seems like a good idea, too; I will have to drill the anchor bolt holes with my impact drill; that’s going to be a mess and every inch of me will hurt the next day.

I’m impressed with the details of the Anyang – the tray to catch forge-scale has little cut-aways in the back so you can just sweep the stuff out, and the tray itself helps protect the operator’s leg/foot if something falls. The striking head is at an angle so there is plenty of room for the operator to maneuver the work-piece.

Trouble Making » « Your Horoscope For The Day