I’m referring, of course, to the US president.

President Donald Trump said Wednesday that if the United States goes to war with Iran, the conflict “would not last very long” and would not involve ground troops.

“I’m not talking boots on the ground,” Trump added. “I’m not talking, we’re going to send a million soldiers. I’m just saying if something would happen, it wouldn’t last very long.”

[hc] He has mostly lost his capacity to shock, now I listen to what he’s parroting so I can try to figure out who the parrot-master is. In this case, it sounds like every National Security Advisor, ever. “Tell them ‘no boots on the ground.'” Because the suckers keep falling for that. They’ve been falling for it since at least the time of the Vietnam War, specifically Sept 1950, when president Truman established the Military Assistance Advisory Group (MAAG) (later MACV) – that was the covert force including green berets, who began to teach the locals how to torture prisoners and organized targeted assassinations of village leaders. The American people, naturally, didn’t give a shit – but that’s because it was played to keep people from giving a shit. Implying that there’s no active military role being performed doesn’t sound like “we just entered a war” does it? We’re just helping these other guys – you know, “teaching them” how to win insurgencies, the way the US does.

Did I say “win insurgencies”? That’s a mistake. We actually lose insurgencies. Want to know why? 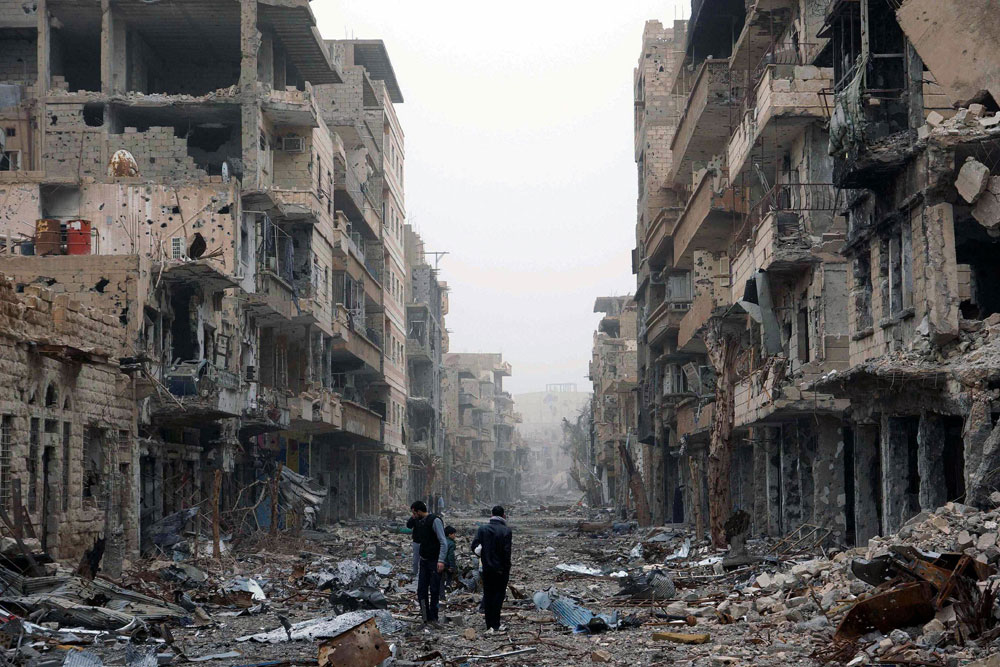 Those levels of violence are hard to deliver without things getting up close and personal, or using weapons of mass destruction. The US probably does not possess enough munitions or aircraft to deliver them, to win an insurgency from the air. Remember Vietnam, Cambodia, Afghanistan, Iraq, Libya and Syria? Trump’s advisors are probably pointing to Libya as a ‘success’ for all that it’s one of the causes of the European migrant crisis that triggered Brexit – that festival of strategic brilliance still required tons of covert “boots on the ground” and a power-vaccum that filled itself with a not-very-pleasant cast of characters that I predict we’ll be desiring “regime change” from, in less than a decade. Ultimately it was “boots on the ground” that killed Hussein, and Khaddafi, in spite of bletcherous war pig Hillary Clinton’s “we came, we saw, he died.” Who’s “We” white man?” as the joke goes. Clinton, at least, showed more physical bravery than Trump ever has, when she went and dodged sniper fire in Kosovo. Oh, wait, no, that was a lie too.

But look at the premise of what Trump is saying: he is claiming that the US would bomb Iran so hard and fast that they’ll just flip over and wave their bellies in the air. No civilian population in history has ever done that. But my guess is that’s the bullshit Pompeo and Bolton are feeding him. What a fine troika of war chickenpigs they are! One is ignorant, one is vicious, and the other is a coward. No, they all are all three. And add to the list the supine U.S. media, which reports their words without breaking into belly laughs. Everyone ought to have been screaming, “you have got to be fucking kidding me!?” at the top of their lungs.

Obama told the American people “no boots on the ground” and covertly invaded Syria at the same time. Shortly afterward, Syria looked like hell.

What Trump is saying is that the Iranians had better be really careful the next time the US Navy blunders about unable to read a map, or else we’ll commit some really yuge crimes against humanity. And some of his best friends are Yuranian, but he won’t let them use his bathroom. Careful, those “bone spurs” are going to flare up again.

“I don’t think they have smart leadership at all,” he said. “Iran’s going down the tubes.”

You have got to be fucking kidding me!

The President Was a Hypocritical Bag of Shit » « Slab Happy