Back in 1999 I rescued a large snapping turtle who was trying to cross the highway. As soon as I put it down on the verge it grabbed the edge of my shoe and bit a chunk out of it. I guess that is a way of showing appreciation. It’s not a good way, it’s just a way.

Heading to the shop yesterday I noticed something (I usually drive slowly and sometimes pay attention) and stopped. It was a large snapper, just chilling along the edge of the ditch by the driveway. It’s a good safe spot, about 100 yards from the big bog and there’s no traffic except deer and the occasional me. 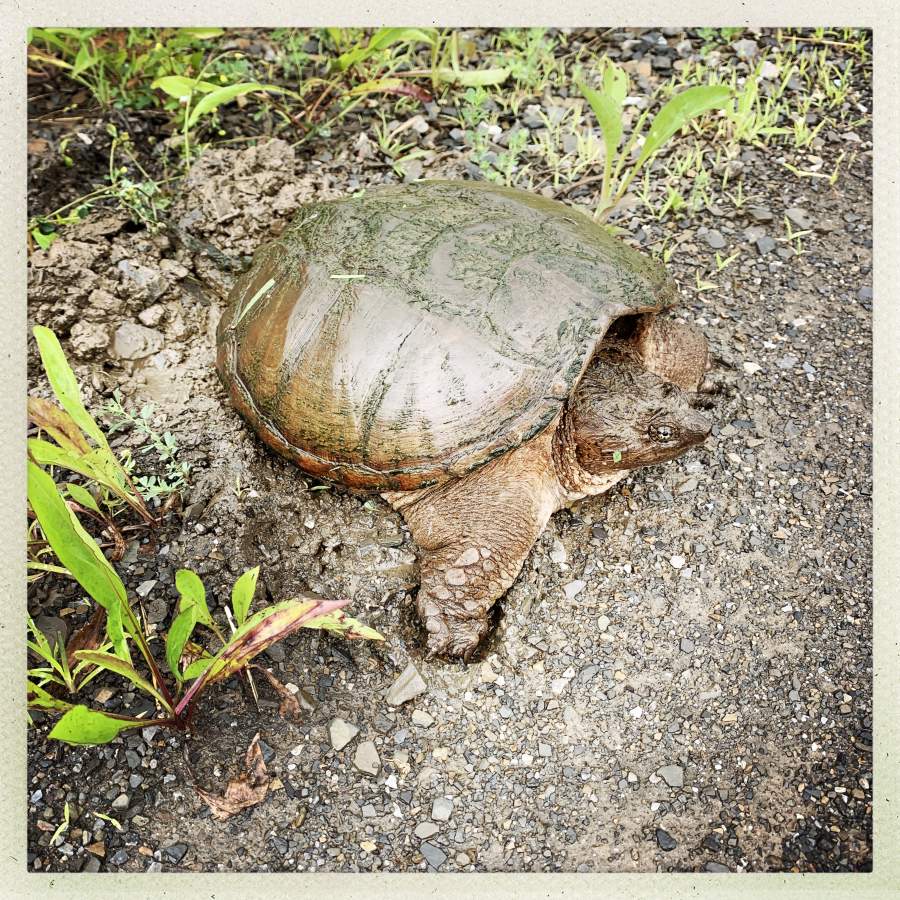 After my previous stint as a turtle paladin, I was going to drive off and leave this one to its own devices but then I noticed signs of what might be struggle. Until I looked a bit closer and … perhaps I have witnessed a “blessed event.” 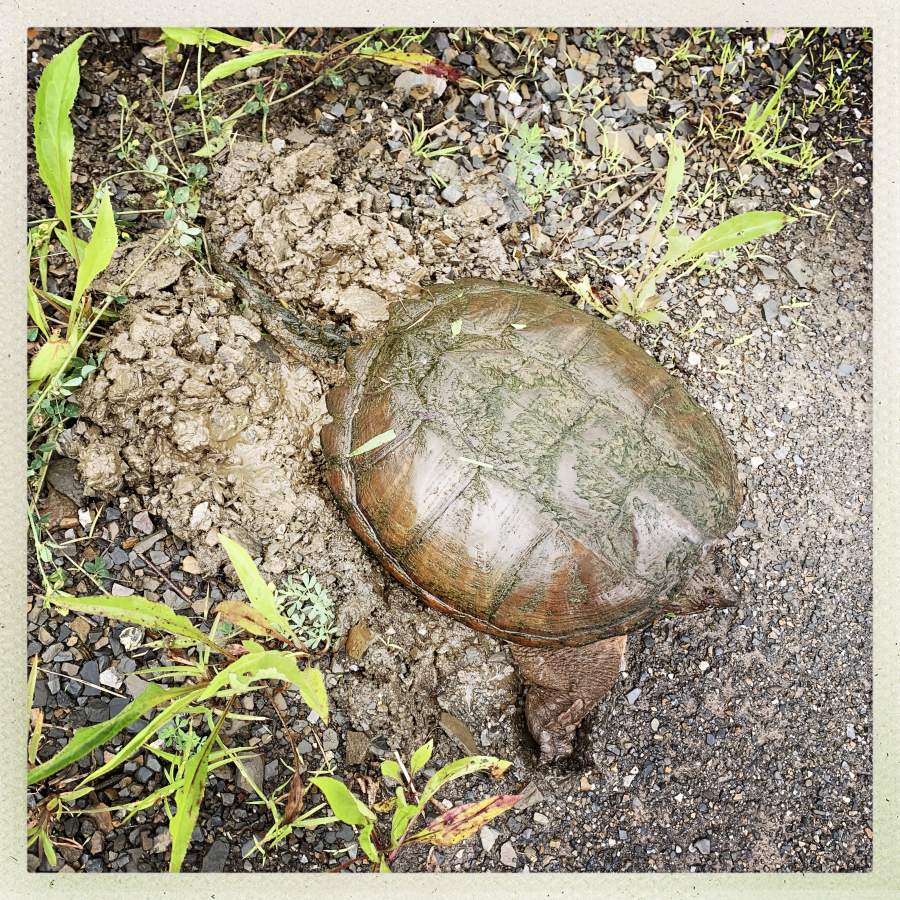 My minimal research – I busted a scroll of Google – indicates that now is the time of the year when the mommy turtles do what they do when they love daddy turtles very much. Actually, I don’t believe that for a second, snapping turtles appear to resemble Mitch McConnell in temperament, too.

The Google scroll tells me that there is a pretty wide window in which the eggs might hatch, so it doesn’t seem like much of a point to putting a GoPro there to record the second part of the blessed event. Besides, 80 of a turtle’s eggs wind up feeding raccoons, coyotes, and who knows what all else. Everybody eats someone else, even if it’s only a lettuce.