My telephones (cell and land line) have become effectively useless, thanks to the ridiculous number of robo-calls that I get.

I’ve solved the problem by turning all the ringers off and adopting a policy of “don’t call me, I’ll call you” – basically, a 1st generation firewall. If someone needs to talk to me on the phone, they pretty much can’t unless they email me and schedule a time. So I’ve got to thank the robo-callers for making telephones no longer an important part of my life. I used to spend a huge amount of time on the phone but now when someone emails me, it goes like this:

Them: “Marcus, would you have time this week when we could re-connect?”
Me: “I don’t do ‘connect’ anymore. I only schedule calls that have a clear agenda.”
Them: “Oh, well, I’d like to catch you up on what we’re doing with ${stupid product}”
Me: “I don’t care about ${stupid product} and I don’t like to use the telephone any more. So, no thanks.”

I may as well just say “you kids get offa my lawn!” and wave a razor-sharp sushi knife at them. My email volume has dropped off, but I still get a ludicrous number of robo-calls.

Just now I got three in a row where all I heard was the boiler-room call center ambient sound, then the caller hung up. That made me wonder what’s going on. And, I have a theory!

My theory: somewhere in a call center, someplace, a wage-slave has realized that they don’t actually have to annoy anyone – they can just ring the phone, get a pick-up, wait a few seconds, and disconnect. Depending on the monitoring system their capitalist overlords have in place, it may look like they are doing their job and annoying people but actually they are only slightly annoying people and the end result is the same.

If I’m right, then I am now less annoyed by the hangup calls than the stupid recorded messages which you cannot even unload stress on by verbally abusing. 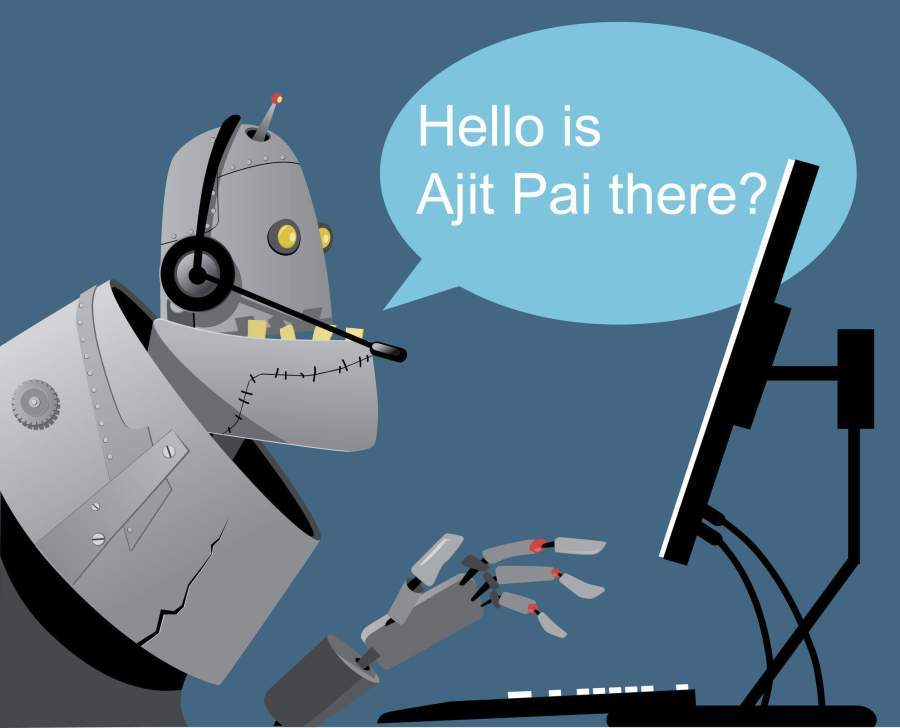 The democratic party used to call for money (I have never gotten a call from the republicans because they assume they own this part of Pennsylvania) but now they have stopped since I took to saying “I want far-left extremist candidates and you won’t see a cent from me until you ditch accomodationists like Nancy Pelosi and have some genuine communists on your slate. No, seriously.” It freaks out the poll-takers, because they don’t have a box on their form for “wants communism.”

Anyhow, if you happen to be one of the anonymous heroes who is doing hangup calls – take it a step further and call me and give me your boss’ home and cell phone numbers. And their mailing address, too. I know bad people who’ll take it from there for a surprisingly small amount of money.

That, by the way, is how to resolve the whole robo-calling thing: make phones useless for rich people and politicians. Since most robo-call legislation contains cut-outs for the politicians (so they can shovel their important messages at us!) it’s usually legal to robo-call with a political message. If I had the cash to burn I’d set up a call center in India to annoy the shit out of the political parties by calling all of their operatives, constantly, and have someone with a thick accent ask them “WHY CAN’T YOU BE MORE LIKE ALEXANDRIA OCCASIO CORTEZ?”* Remember – if it’s a political message, it’s OK. You could, theoretically, spam the crap out of Donald Trump’s cellphone, if you could get the number and stuck to political messages like “Vote for Hillary! She won the popular vote!” It would interfere with his tweeting but it might trigger a presidential concern for robo-calls.

How is it that any politician, corporate big shot, media giant, or politician’s phones are not ringing constantly?

The phone companies have adopted a cute story in which they claim that robo-callers are able to avoid being shut down because they buy S7 access and are therefore able to use fake origination numbers. Unfortunately, most people accept that as true – ignoring completely the fact that the same phone companies have incoming call records and can tell what percentage of their customer-base is getting robo-called by what other percentage of their customer-base. After all, they sold them the S7 access and, while S7 allows you to take your origination number it doesn’t allow you to fake the peering point that the call was carried into the backbone from. In other words, they know who’s the robo-callers – it’s just that they make money from them, and us. And now some of them are selling robo-call blocking as a service to premium customers. In other words they are willing to sell out their S7 customers that they sold us out to.