The “Parthian Shot” is a legendary military tactic, in which cavalry pull a pursuit by appearing to retreat, then suddenly turn in their saddles and give the pursuer a massive barrage of arrows straight in the face.

This technique represents tactical genius of the highest order: the cavalry can switch from 100% running away to “staying just out of reach and slaughtering you” seamlessly. All it requires is well-trained horses and disciplined cavalry – something that Europe’s feudal armies were only rarely able to produce. 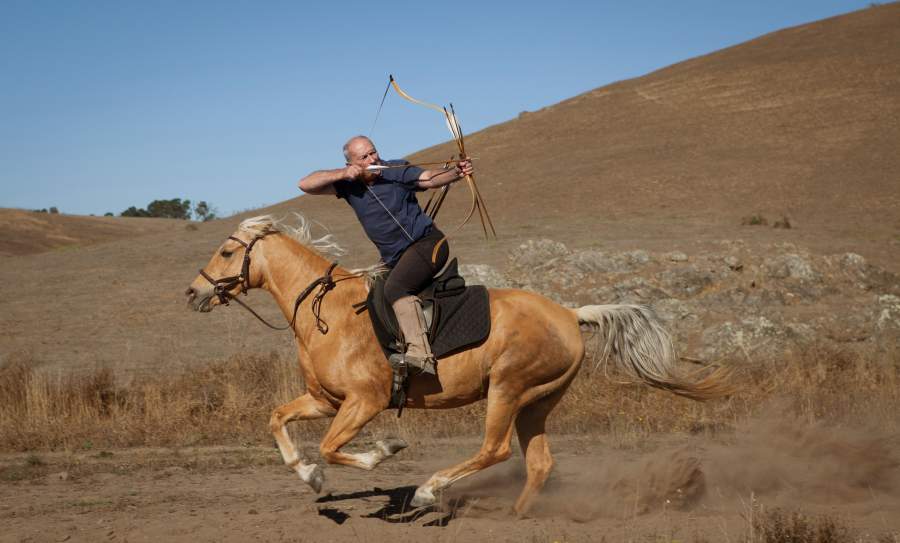 Today [This is written after the 1st day of Michael Cohen’s public testimony] the republicans demonstrated a new variant of the parthian shot, in which you whirl about and fire an arrow into the bridge of your own foot, pinning youself helplessly to the floor. Today, the republican party opened a brilliant new front in the war on authenticity by attacking itself.

Suddenly the republicans are pretending to care about Truth. It’s a shocking new development.

It’s actually difficult to unpack the layers of hypocrisy that shroud this battlefield, like mustard gas in Flanders fields. Let us briefly recap the action. Today, the republicans, who are led by a man whose only acquaintance with Truth is that he tried to grope her in passing, attempted to discredit Michael Cohen’s testimony because he’s a liar. That’s true, except that the whole point of the exercise, and how he got his criminal record, was because he was lying to protect the president. The action opened today with a phalanx of republicans drawn up behind an obstacle some ill-advised minion placed on the battlefield: 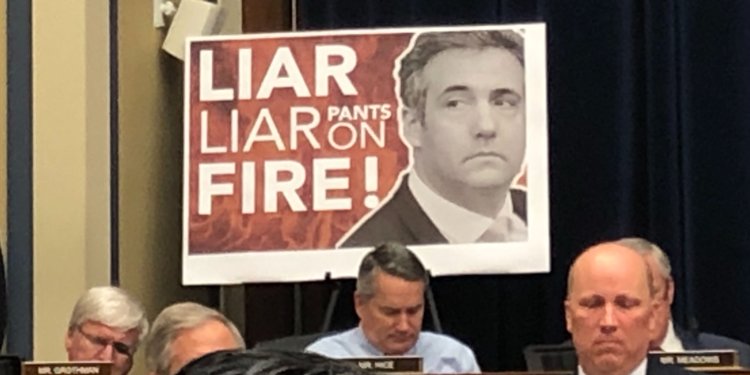 Republican Paul Gosar from called Cohen a “disgraced lawyer” and a “pathological liar” [cnn] some of which is true (the disgraced lawyer part) and the rest of which is blowin’ in the wind. Historians will write accounts of this battle and argue who was supposed to be telling the truth.

In the end, the carnage may end with Truth holding the field. Unfortunately, the field is so confused even Truth won’t know which end is up. 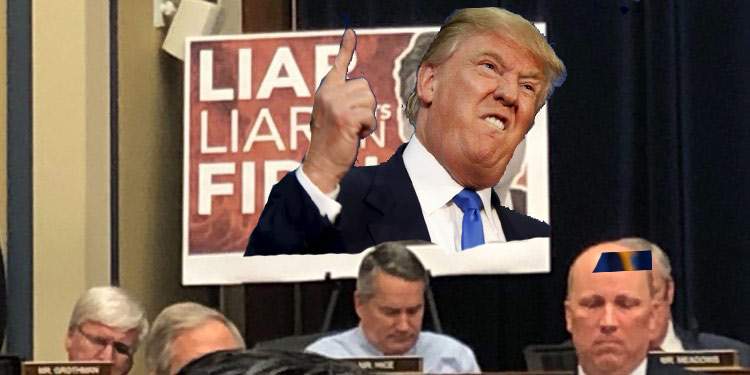 So many arrows, so many feet!

The whole charade with Cohen revealing Trump’s signature on the checks was impressive but pointless. All that stuff will be available in bank records. It’s amazing that the republicans are trying to claim that Cohen is lying (now) given how easy it will be to substantiate what he’s saying. None of that matters, though, since he’s just left everyone in Trump’s command open to subpoenas and demonstrated that they are lying. It’s lies everywhere!

I am surprised that Cohen didn’t point out, “yes, I was lying – at the behest of the president, and my earlier lie was edited by Trump’s other lawyer.” He did say as much, but he passed up a great opportunity to slap charges of lying right back at the republicans.

A Solution to A Problem » « Big Nothing