Usually when I harden a blade, I let it get its tempering-cycles while I grind it. That can result in disasters, like a work-piece falling on the floor and shattering.

So by the time a blade is mostly ground down, it’s usually been thermal cycled enough that it ought to be fairly tough.

Still not tough enough to withstand being dropped on the floor, point-first, while polishing it. 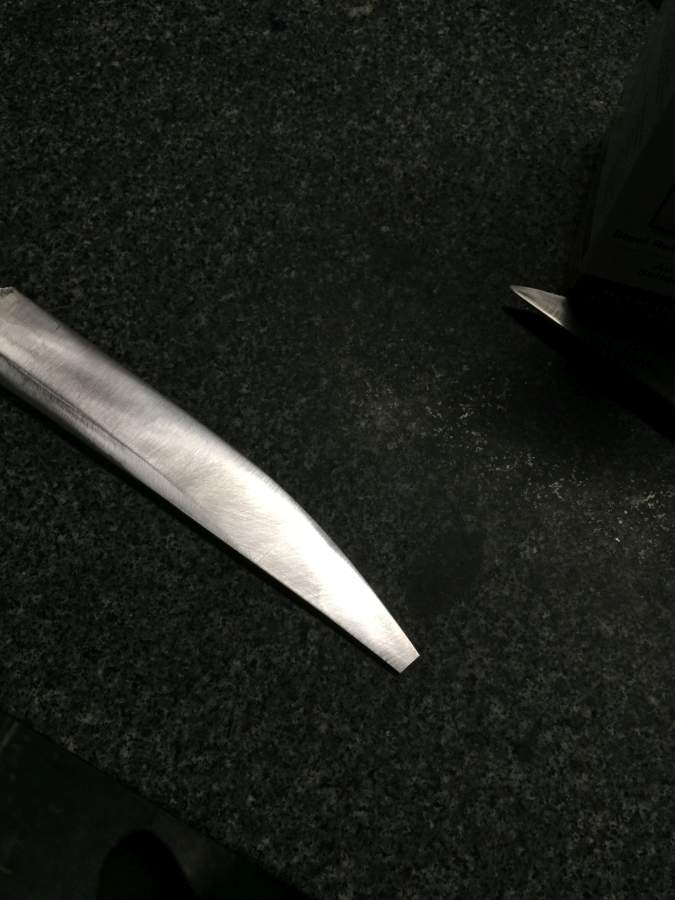 This one had, perhaps, an overly extended tip. Mostly I was experimenting with “how radical can I get?” and the answer was “pretty radical!” until it slipped out of oily fingers.

This was a test-blade, anyway. I was discussing weld-line effects with another knife-maker and he assured me that transition-lines between 1095 and 15N20 automatically got this jewel-like cloudy look. I said “they have always been very sharp and clear for me” and “maybe it’s that the weld you were looking at was bad” – my suspicion was that the blade-maker had layered a thin sheet of pure nickel in the transition (which I have sometimes done) so the blade above just kind of happened that way because I was looking for a grind that would expose the transition-line at a sharp angle.

Related screw-up: I attempted some electro-etching and managed to get too much ferric chloride into the mask, so it ate a big black spot in the side of a blade. That was exceptionally annoying. I now have a couple finished knives that I wanted to logo-etch but I don’t know if I can logo-etch them so I don’t know what to do. Do I release unmarked blades, or wait, or what? 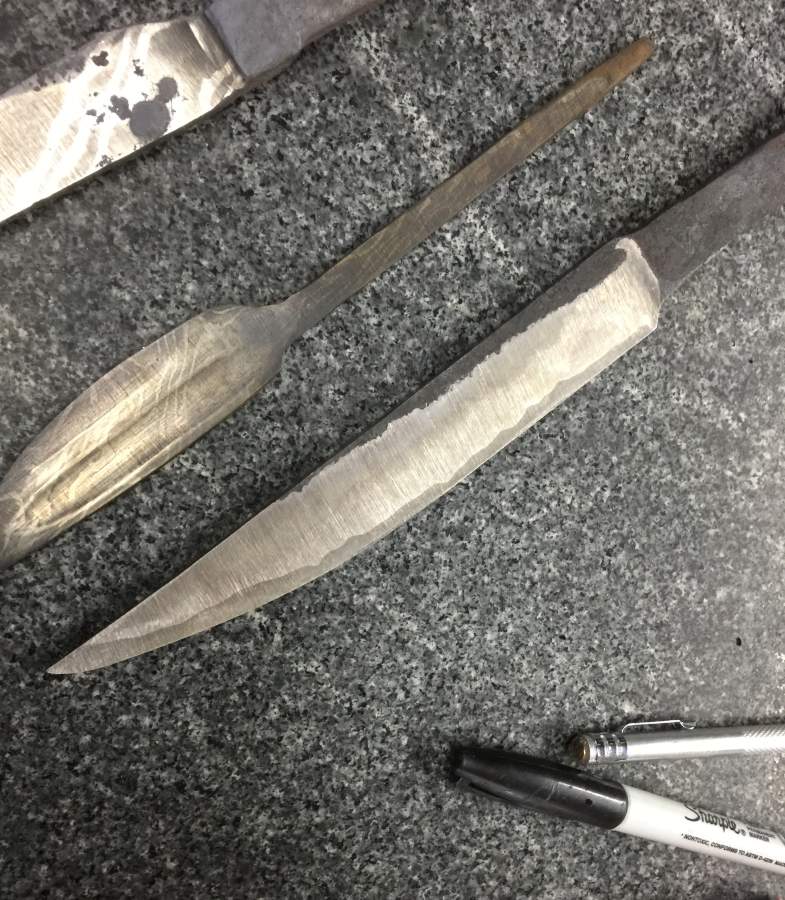 transition lines between the 3 layers comprising the blade. Before I shortened it abruptly.

Welcome Our New Oligarch! » « It’s As If They Bombed a Hospital or Something