He may be a completely awesome fellow, but this ‘announcement’ makes me worry. It looks too much like another “America throws itself at an oligarch, because rich people are super-knowledgeable and talented therefore we should let them lead us.”

I am also suspicious of the “advisers” of rich people. If we’re looking at a new potential oligarch, don’t we want an incisive person who is action personified? A leader? Not someone who listens to advisers. 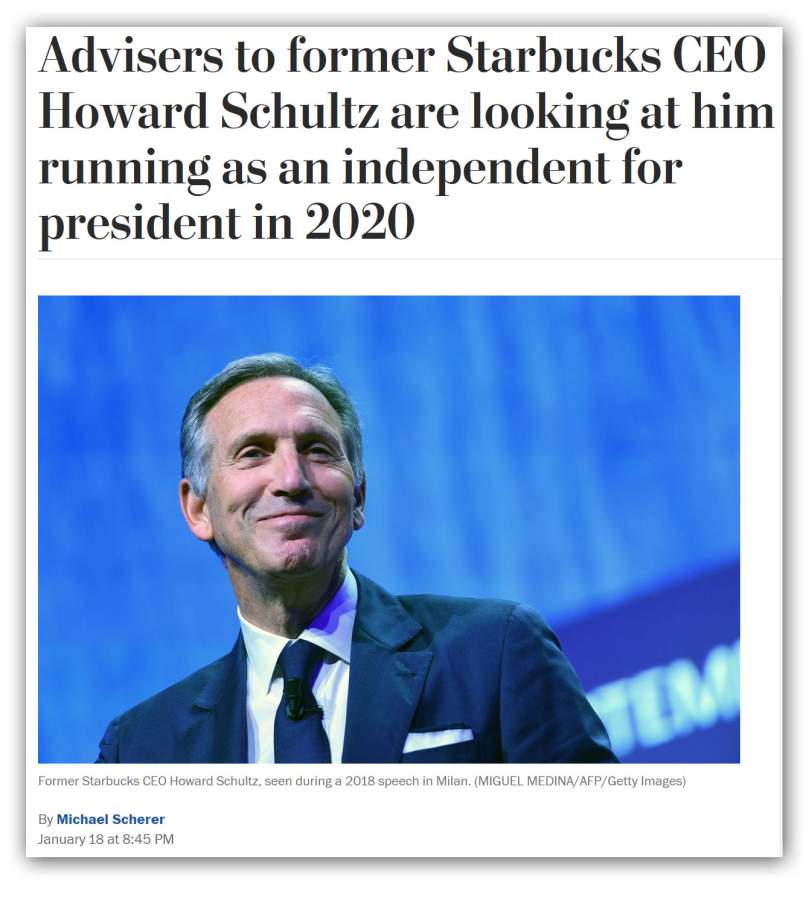 “He’s a billionaire, therefore he’d make a good president.” It’s a song I’ve heard before and it has become the muzak in America’s political hell.

To be fair, Starbucks was a massively successful business, and it did more to ruin covfefe than McDonald’s did to ruin hamburgers. Schultz realized that if you bought low quality coffee beans and over-roasted them to get the flavor out – never mind that the resulting covfefe tasted like it was brewed from gym socks – you could market it as “that’s how it’s supposed to taste” and Americans wouldn’t figure it out. Starbucks also introduced the “marketing genius” idea of calling different sizes of cup creative names like “venti” instead of “large” and invented composable fat/sugar menus that allow the coffee-drinker to put so much auxiliary crap in their venti-freedom-frappacchino with skim soy milk and pure hand-squeezed corn syrup chocolate substitute that they probably don’t notice the underlying gym sock flavor.

All of this qualifies him to run for President of the United States.

I have a suggestion for his campaign slogan:
“Why not? Any rich asshole seems good enough for you guys.”

Schultz, who has a net worth of about $3.3 billion and describes himself as a “lifelong Democrat,” has not said publicly whether he will mount a presidential campaign and has kept open the option of running as a Democrat. He will begin a national book tour Jan. 28 for a memoir that describes his personal journey “to reimagine the promise of America.” 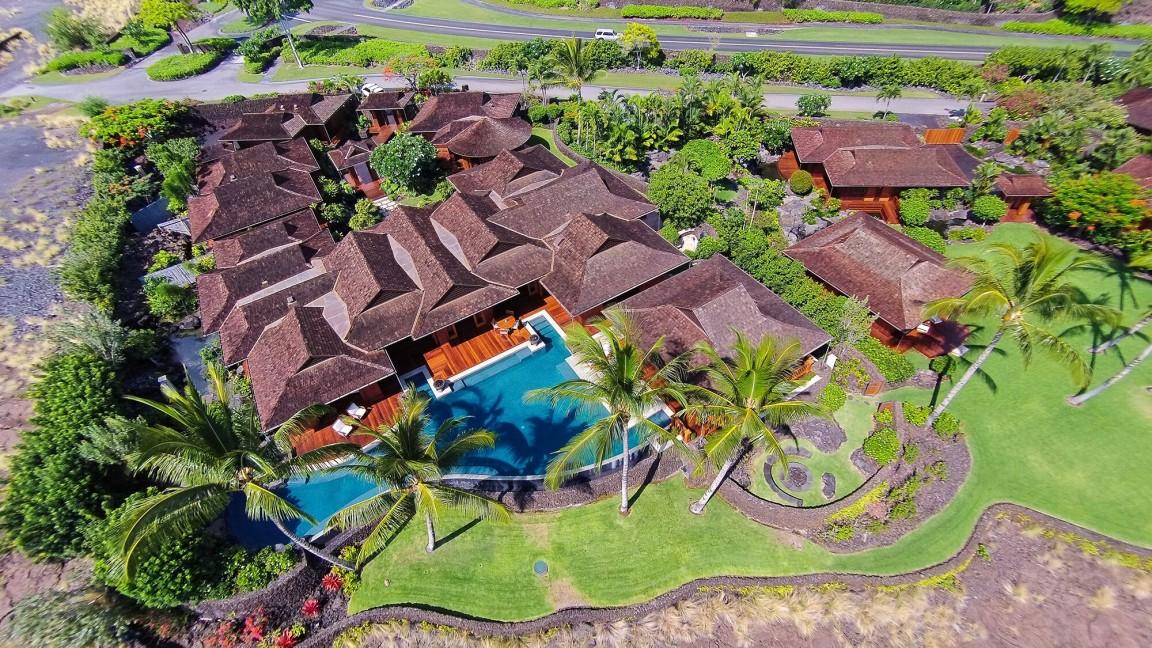 He recently plunked down $22 million for a house on one of those exclusive golf-estate communities in Hawaii [forbes] – oh, look, another great sign: looks like he’s a golfer.

I’m sure he’s going to appeal to the Typical American Voter because he’s totally connected to their concerns; a golf-playing latte-swilling motherfucker’d play great in coal country. I bet he’ll also be a big proponent of progressive taxation on the 1%.

I blame this kind of bullshit on America’s “gospel of wealth” hidden, panting love for aristocracy. The founding fathers damn near set the US up as an aristocracy, they just couldn’t bear to be that honest. We’ve been treated to endless ideology about how hard work (and ruthless labor relations) can raise any American to wealth and power (as long as they’re white) – it sets us up for endless wanna-be oligarchs who make the simple realization, “I’m rich. Maybe these suckers will kiss my ass.”

America, here’s an idea: create an aristocrat from birth. Take some promising young billionaire’s kid and train them to ride a horse, use a sword, debate a jesuit, explain and understand science, philosophy, and economics. Raise them like Frederick the Great or Louis XIV or Alexander of Macedonia was raised: to understand power, and the hearts of people, and to manipulate them with the dexterity of a psychopath. Let’s stop with this amateur hour nonsense and let’s have a true American Kwisatz Haderach. [Maybe that’s why we don’t see much of Barron Trump]