The establishment mouthpiece New York Times [nyt] reports that Donald Trump was unhappy to be asked flat-out, “are you an agent of Russia?”

His reply, (that is) “the most insulting thing I’ve ever been asked.”

Really? Clearly the failing fake news media is not asking him sufficiently insulting questions; I am sure that I can do better. How about: “has it ever sunk in to you that you’re a failure?” Or perhaps, “have you ever heard of the ‘Dunning-Kruger’ Effect? Can you spell ‘effect’?”

If you could ask the president the most insulting question he’s ever been asked, what would it be?

Fire as she bears.

Extra credit: bear in mind, per Argument Clinic [stderr] the best way to hurt someone is to use the truth. Which brings up a question: if we are trying to be insulting we should avoid the truth. If you can figure your path through that maze, good for you. 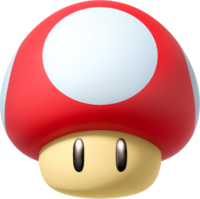 I guess the per-Argument Clinic question would be, “Is Stormy Daniels right, does your dick look like that mushroom guy in Mario Kart? What can you tell us about Putin’s dick? I assume you’ve seen it pretty close up, yes?”

I Wonder if This Was Written by an AI? » « Dick Measuring