A recent Washington Post [wapo] had something in it that caught my eye.

Is this how that cowardly golf-playing pre-moistened fecal wipe sees himself? And how did it get on the table at a cabinet meeting? 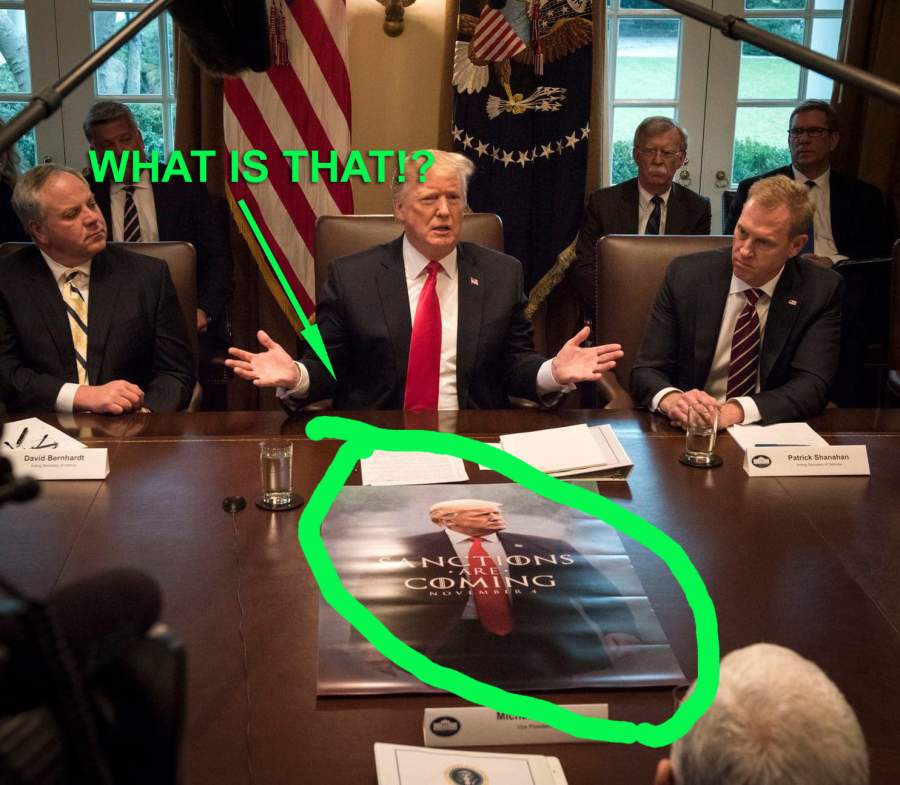 What is it about wanna-be dictators (wanna-bes in general?) that makes them want to see themselves in a heroic cast? Especially when they’re decidedly un-heroic draft-dodging tax-evading reality TV “stars”? 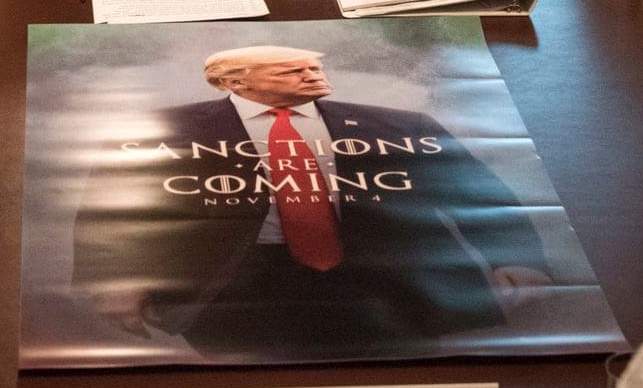 It doesn’t take a stable genius to do some google searches, like “sanctions november 4” and it pops up that’s when the US dropped a bunch of sanctions on Iran. Pause and shudder with me, here: it appears that someone did that Walking Tall poster, perhaps to explain to Trump that “OK boss, you’re gonna get tough on Iran, now.” I.e.: that may be a policy briefing we’re looking at.

Photos from the White House are fairly carefully controlled and are produced by official photographers then distributed to the press. In my opinion there is a good likelihood that someone did this deliberately, so that people could continue to see what a dipshit is in the Oval Office. The photo probably doesn’t go with the meeting described in the article, it’s just “a photo of the National Security Council” also known as “Dancing with the Assholes.”

Problem Child » « Speaking of The Poops